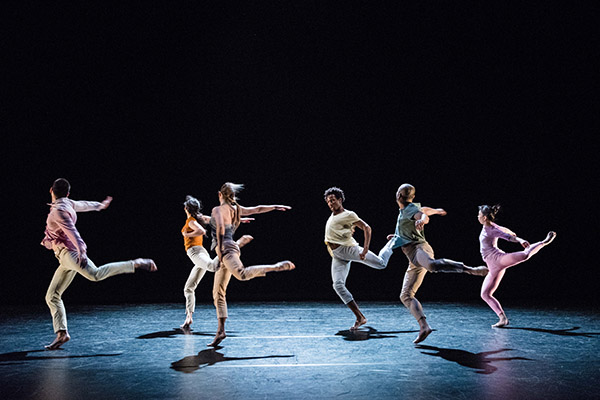 Toronto Dance Theatre dancers performing GH 5.0 by Hanna Kiel, which the company will perform in at Fall for Dance 2019 on Oct. 2. Megumi Kokuba is on the far right. Photo credit: Omer Yukseker.

Born and raised in Okinawa, contemporary dancer Megumi Kokuba grew up surrounded by music and dance.

Okinawa, the southernmost island of Japan, has its own unique, rich culture, with distinct dance styles, like Eisa, a folk dance originating from Bon dance, performed with 20-30 people and accompanied by drums, chanting and singing. Music and dance are vital to Okinawan culture.

“Definitely I can say, the music is everywhere in my hometown. At every event there is someone doing the traditional dance,” Kokuba explains in an interview with Nikkei Voice at Toronto Dance Theatre. 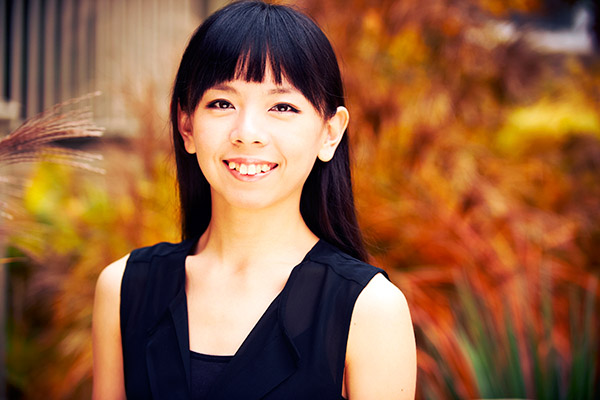 With that life-long love of dance ingrained in her, Kokuba is now a professional contemporary/modern dancer with the Toronto Dance Theatre (TDT), a prestigious dance company. TDT along with Kokuba, will be performing in the Fall for Dance North opening night celebration at Meridian Hall (formerly the Sony Centre) on Oct. 2. The company will be performing GH 5.0 by Hanna Kiel.

In its fifth year, the festival brings 11 dance companies from around the world to Toronto for three mainstage performances, with festival tickets at only $15. The low ticket prices aim to make the show more accessible to the general public, a chance for people who may have never seen a dance performance or unsure if they will like it, to explore or discover new art forms in their own city.

“I hope people come back to see Fall for Dance North next season, or if they like that show, to come back for participating dance companies’ other programs,” says Kokuba. “They can find what style of music and dance they prefer. There’s a lot of things to see and feel, so I think it’s a good chance to explore different art forms.”

Kokuba says she also looks forward to participating in the festival and performing alongside dancers from around the world. While they will not actually dance together, Kokuba says she hopes to be able to watch some of the other performers during the festival’s run and learn from their dance styles.

Kokuba’s passion for dance has been life-long. While Okinawa is known for its traditional and folk dance, she was more interested in ballet. Kokuba studied ballet at the Nanjo Kikuko Ballet School in Okinawa City since she was just two years old. Kokuba’s love of dance was something she couldn’t escape. She went on to study at the Okinawa Christian Junior College and began to apply for jobs, thinking she couldn’t go any further as a professional dancer. But she couldn’t tear herself from the dance world, always finding herself back at the studio, dancing.

“There was a moment when I was going to try and quit, but I couldn’t,” she says.

Instead, Kokuba began applying to dance programs. She was accepted into a ballet school in Germany, but before joining the program, she attended the School of Toronto Dance Theatre’s Summer Intensive Program for contemporary/modern dance. In 2009, she decided to come to Toronto to attend the School of TDT Professional Training program. In 2012, she was given the illustrious opportunity to be a Dance Intern for TDT, and eventually became a TDT company dancer. Being at TDT has opened Kokuba up to all new experiences, working with dancers from all different backgrounds, training and experiences.

“[At TDT I have the opportunity to] connect with different communities and individual artists because we collaborate with other artists. Which is what I love about working here,” she says. 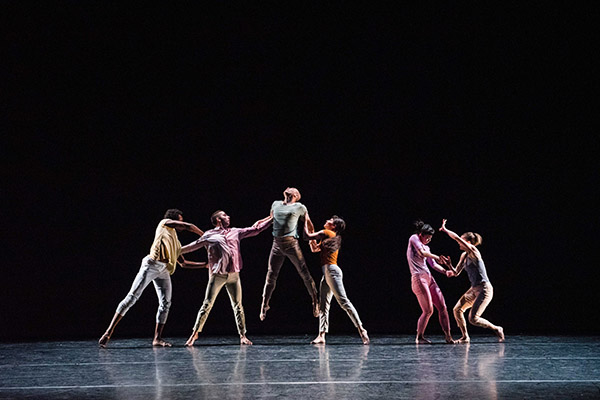 Whereas a child and teenager, she was all-consumed with dance, as an adult, Kokuba has found a balance, saying she wants to explore and learn new things in the city, listening different kinds of music, seeing plays, and other dances as well as visit museums. Since leaving Okinawa, she found she began to miss and crave the traditional folk music and dance of her hometown she was once uninterested in. But in Toronto, she’s been able to find it again, the drumbeats and rhythm of Indigenous hoop dancing reminds her of home. She also says she was hit with nostalgia when she attended the summer festival at the Japanese Canadian Cultural Centre, and saw everyone dancing the traditional odori dances.

“I was really moved by how much they were enjoying or just valuing [traditions], even though its not in Japan,” says Kokuba. “That was beautiful to see that community and culture.”

See Megumi Kokuba and the Toronto Dance Theatre perform GH 5.0 by Hanna Kiel in the Fall for Dance 2019 festival on Oct. 2. The festival runs Oct. 2 to 6 at Meridian Hall, Ryerson Theatre and Union Station. For tickets: www.ffdnorth.com.

After the Fall for Dance North festival, Kokuba will be performing in RING by Ame Henderson at the Winchester Street Theatre, Nov. 14 to 23.