‘Power Rangers’ coming back to theatres in feature film by Lionsgate 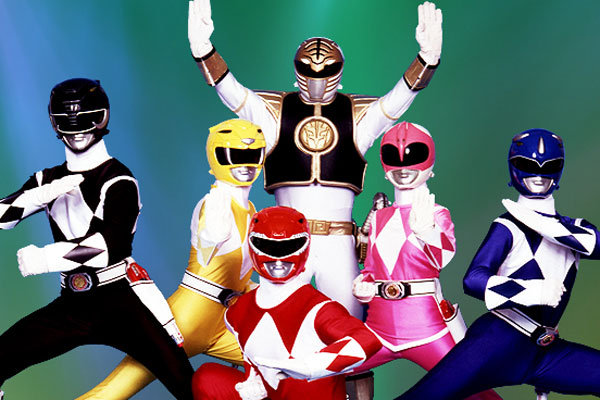 If you were born in the 90s, you probably heard the Mighty Morphin’ Power Rangers theme in your head, and soon the rangers might be coming back to theatres.

On Wednesday, Haim Saban and Lionsgate announced a deal that would bring a new live-action film of the iconic kids show. While the last film featuring the original Power Rangers was released in 1995 and was met with mixed reactions from critics, the two companies seem confident in the show’s return to film.

“Lionsgate is the perfect home for elevating our Power Rangers brand to the next level,” said Haim Saban in an interview featured on the Wall Street Journal. “They have the vision, marketing prowess and incredible track record in launching breakthrough hits from The Hunger Games to Twilight and Divergent. In partnership with the Lionsgate team, we’re confident that we will capture the world of the Power Rangers and translate it into a unique and memorable motion picture phenomenon with a legacy all its own.

In 1993, Haim Saban brought the show over to North America, but it was quite different from what Japanese audiences knew of the series. Featuring a unique cast of actors, the new television show used the Japanese-made action scenes from the original show (Kyōryū Sentai Zyuranger) that would make viewers watching on Fox Kids fall in love with its explosions and giant, dinosaur robots (coincidentally coinciding with the release of Steven Spielberg’s Jurassic Park).

Kids today know the series from shows like Power Rangers SuperMegaForce rather than the original television show.

Featuring a young cast of actors and filmed in New Zealand (i.e. it looks closer to being Japan than California), part of the new show has been about bring back the old generations of Power Rangers into the new franchise. While it’s a nostalgic romp into the past for many North American viewers, but it’s also a two-way street.

Much like the original series books, comics, video games, clothing, and toys are still a large part of how the show is marketed towards kids in both North America and Japan. The point being, the show is meant to sell toys like the little figurines the Rangers use to turn into their 90s counterparts.

Himitsu Sentai Gorenger (1975) was the first Super Sentai series and it was only the start for this new kind of show featuring masked super-powered vigilantes. There are so many iterations and different takes on the original Super Sentai television show it makes North America’s take on the series a mere footnote in its overall history.

While Lionsgate has quite a few comic adaptations under their belts and some popular film franchises, let’s hope the allure of selling toys to a new generation of kids won’t stop them from making this new film rock.