Profile: The art of Japanese interpretation 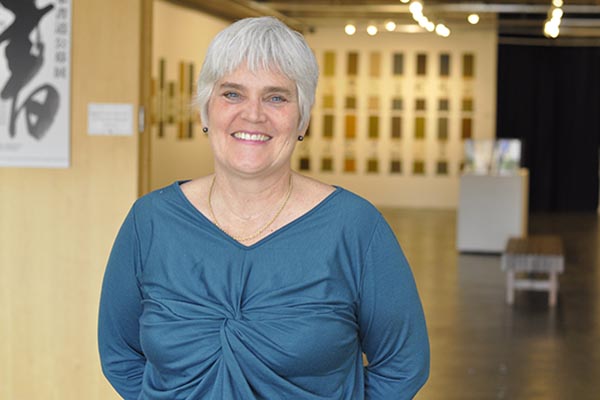 Deirdre Tanaka’s career as an interpreter has given her a chance to work with clients from all different walks of life.

Deirdre Tanaka’s father was born in Guyana and her mother in Japan. Both are Canadians of British heritage, but cultural complexity is a part of her life and she has always felt like a person of two nations.

When she was five-years-old, she moved to Kyoto, Japan where she lived for 9 years. She grew up speaking English and Japanese with a Kyoto dialect, developing a fluency and natural bilingualism that later helped her to be an interpreter. She moved back to Canada in 1971 with her family, but kept Japan close.

And for over 40 years, the Japanese language has been close to Tanaka’s heart.

“I went back and forth between Canada and Japan, but always on the last night before leaving Japan, I promised myself that I would return to Japan.” Tanaka said in an interview. “I always felt my place was there.”

When she was 18, Tanaka was hired by the Canadian government to work as a host for the Canadian pavilion at Expo ’75 held in Okinawa. While in Okinawa, she met a journalist from Kyodo News, who later hired her to work at the 1976 Olympics in Montreal. Then, while studying at the University of Toronto, she changed her major to East Asian Studies, so she could go back to Japan to study at the International Christian University in Tokyo. That was where it all started.

An interpreter is a conduit for the client, but their interactions often prove mutual for both sides.

“What I like best about being an interpreter is jumping into worlds that I didn’t even know existed,” Tanaka said. “It is of course challenging to do this, but also very interesting.”

One of Tanaka’s most memorable experiences as an interpreter was working on the set of the movie Merry Christmas, Mr. Lawrence starring English singer and actor, David Bowie. The film was shot in 1982 on Rarotonga, Cook Islands, allowing for a relaxed atmosphere where everyone got to know each other.

It’s experiences like this that have helped Tanaka grow as an interpreter. She works in every genre and gains insight into the people she works with.

While preparing for an interpreting assignment, Tanaka spends time studying their unique terminologies by watching videos of her clients speaking.

Next year will mark Tanaka’s 40th year as an interpreter.

“I have so much experience by this point,” Tanaka said with a gentle smile. “I want to continue interpreting while making good use of my experience.”