Raku: The new noodles in town 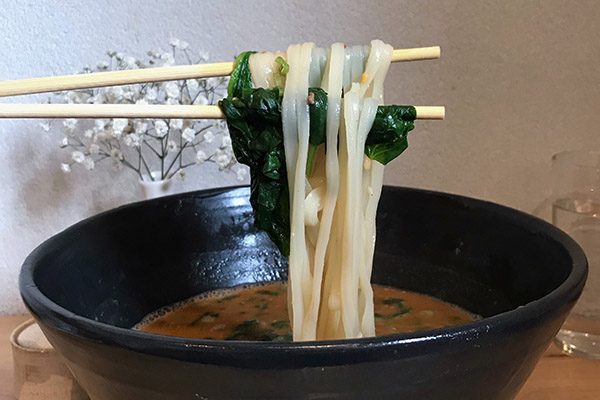 With ramen bars popping up all over the city, Raku offers a fresh take on a bowl of noodles. Tantan udon, ($15). Photo credits: @nomsisters

Raku Toronto is fittingly located in the vibrant, trendy downtown neighbourhood of Queen Street West and Bathurst, and is the chain’s third and only location outside of New York. True to its New York roots, the interior has a modern and minimalist feeling, complete with all white walls, light wood tables, and soft lighting. 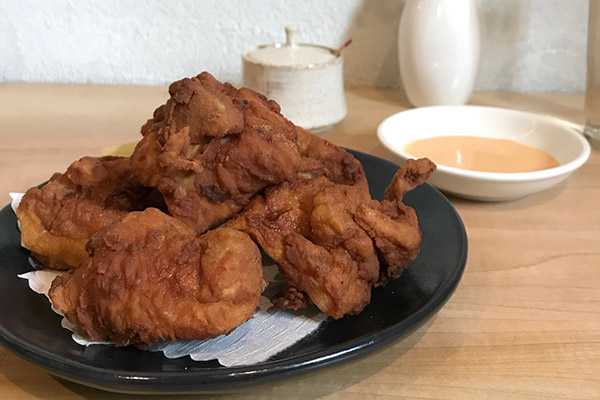 The restaurant offers a number of traditional appetizers, including ankimo, agedashi tofu, and ohitashi. Although tempting to order everything on the menu, we opted for the chicken tatsuta age–a golden brown, marinated and gently deep-fried chicken ($8). Unlike most fried chicken, it was not greasy or heavy and left us ready to dive into a big bowl of noodles.

Raku’s medium sized menu, with around 40 items, includes a range of donburi as well as cold and hot udon options. Since it was a chilly spring day, I chose a hot, Sichuan-inspired bowl, called the tantan udon ($15), which had a deep, delicious, spicy miso pork base, with peanuts and a soft poached egg. 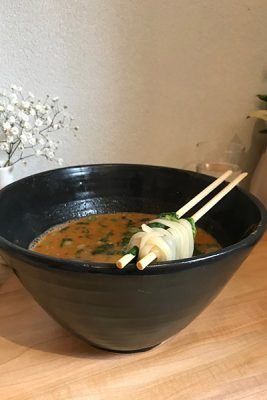 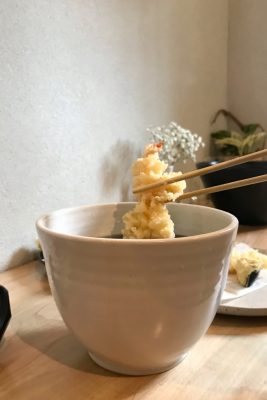 My friend ordered a more traditional udon, called the ebiten ($15), which was a clean tasting, clear broth udon topped with crunchy shrimp tempura. Although the broth was tasty, the real star was the phenomenal, thick and chewy wheat udon noodles, which are shipped from Japan.

With trendy ramen bars popping up in all corners of the city, Raku offers a refreshing and satisfying alternative bowl of noodles. Raku lives up to its New York reputation and we would definitely recommend a visit.

For more food pictures of our favourite Toronto food spots, check us out on Instagram: @nomsisters