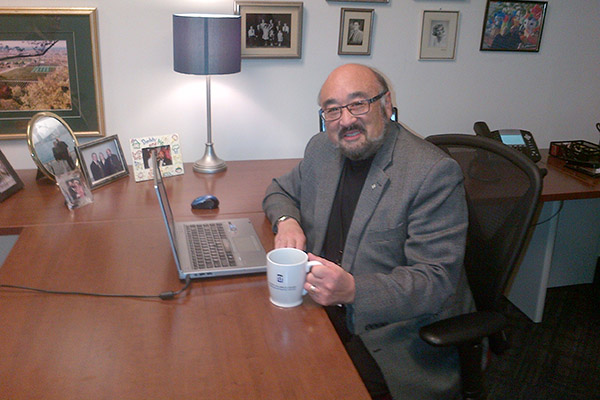 
Checking someone online is a normal part of research for interviews, so there’s good cause to take using social media on your computer seriously.

When I was a little boy and watched cartoons, the doctor used to tap someone on the knee with a rubber hammer and the character’s knee would fly up and kick either the hammer out of the doctor’s hand or just the doctor. I don’t know if that really happened in the doctor’s office but that was the popular belief back then when someone tested your reflexes.

Athletes depend on reflexes when they compete. Thought blends in with muscle memory so that action and reaction are almost instantaneous. This is good in an athlete. There is no time for thoughtful reflection when a baseball is heading towards you at just under 100 m.p.h.

As technology advanced, so did the speed of communications and the expectations of the public. The spread of information quickly fuels the appetite for more and more information as soon as it happens. Human beings are curious creatures. We want to know. And we want to know things that we are not supposed to know. It is an insatiable hunger.

Long ago, heralds would be the bringers of news. Town criers would inform the villagers. The pony express aided the dissemination of information and then was replaced by the telegraph. Telephones brought news to the homes of people. Then in acceleration mode radio, television, e-mails, the world wide-web, personal communication devices made information accessible to everyone.

In terms of the life of our world, much of this has occurred in a heartbeat. It makes one almost believe in alien technology being the source in Area 51.

When you react in anger you not only damage the target of your emotion, but yourself.

This speed in technology is now at our disposal. Anyone can send a message around the world almost instantly. We can look up anything quickly. We can react quickly. Our fingers are on that communication device, ready to pull the trigger.

Unfortunately, our brains often have not caught up to our reflexes. We press the keyboard with enthusiasm and sometimes without thought

There is a world of difference between reflexes and reflection.

The delete function does not truly delete as seen in some political investigations. We have seen this in the impact of past e-mails.

Not that long ago, you had a chance to reflect before reacting in anger. I know that my response is always different the day after I get information, and it’s a smarter response.

When you react in anger or in displaced hurtful “humour”, you not only damage the target of your emotions but yourself. Sarcasm or tongue in cheek are not often clear electronically and can and will be misinterpreted. Social media is unforgiving. It is instantaneous, permanent and worst of all, repetitive. The more it is repeated, the more it is “true”.

When I know that I am going to interview someone I will see what they have to say on social media. The separation of work and private time no longer exists. People look to see what you said or what your attitude was years ago.

I was explaining this to my grandson, Ethan, when he was much younger. I told him not to use anything that is mean, extreme or obscene. I told him it was good to talk about people you admire, things that inspire you, and what you aspire to. He’s a smart kid with the safety on in his head.