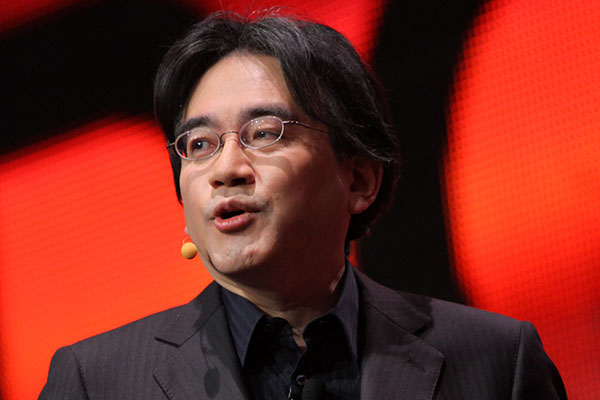 Satoru Iwata became President of Nintendo in 2002 and lead the company through both good times and bad. Photo courtesy: WMC

On July 13th, Nintendo announced that long-time president Satoru Iwata passed away at the age of 55 after battling bile duct cancer for a year.

After having surgery in 2014, Iwata seemed to have recovered, but his condition took a turn for the worse this July.

Iwata joined Nintendo in 2000, but had previously worked with several affiliated companies as a programmer.

He began learning programming when he was a university student and after graduating he worked for HAL Laboratory creating software and video games.

One of the first games he worked on was Balloon First released in 1984. His programming skills made it possible for the balloons to move smoothly in the game and the effect was utilized in the Super Mario Bros.‘s iconic underwater stages.

In 2002, he was selected to become the president of Nintendo at only 42 years old. Shortly after, Nintendo released the Nintendo DS, widely considered the best-selling handheld console of all time.

Although he was at the company’s helm during the good times, he was also there for the bad.

In 2014, Iwata cut his salary in half following a 30 per cent slump in profits after the release of the company’s latest console the Wii U.

It’s actions like these that have made Iwata more than just the face of Nintendo, but the heart and soul of the company as well.

Itoi Shigesato, designer of the Mother series of games, wrote about Iwata’s death on his website.

“He had always thought of himself last in order to help other,” Shigesato wrote in the emotion-filled statement. “He’s that kind of friend, so this sudden news might be his first ever selfish action.”

Iwata’s charisma helped lay the foundations for Japanese video games around the world and helped make Nintendo an even stronger household name.

And his lasting legacy will be the characters and games he helped bring to life during his career at Nintendo.

“My position is a president, but my brain is a game creator and my heart is a fan of video games,” Iwata said at an event in 2005.