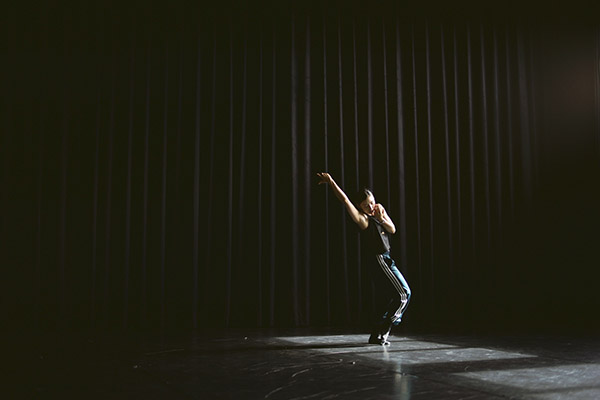 Contemporary dancer Rena Narumi‘s career has taken her around the world. Born in Tokyo, Japan, she has studied in France and Canada, and danced in Germany, Sweden, and the Netherlands. This month, Narumi will be back in Canada, sort of, for Fall For Dance North‘s signature performance at Fleck Dance Theatre in Toronto, on Oct. 3 at 2 p.m. EST.

Narumi, who is currently based in the Netherlands, will be participating in the signature program virtually. Performing Proximity with Kelowna-native Joshua Beamish, who also choreographed the piece, the duet expresses through Narumi and Beamish’s smooth yet polished movements, connections made despite the constraints of the pandemic.

“I think this piece for me, it’s really related to what we’re experiencing. We’re not really able to see each other, so it’s about the connection between two dancers, that are almost kind of close, but not able to touch or physically feel each other but are still connecting,” Narumi tells Nikkei Voice in an interview. 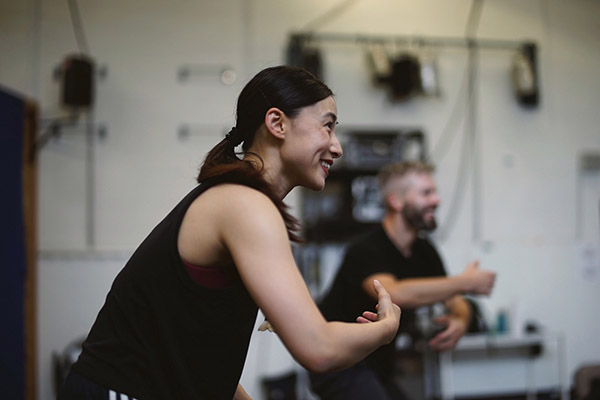 Dance has always been a part of Narumi’s life. Beginning when she was an infant and watching a Russian ballet perform Swan Lake on TV. Transfixed, she watched the performance in its entirety. Afterward, her mother watched as Narumi tried to recreate the movements of the dancers. Her mother then signed her up for rhythmic dance classes at two, and ballet at three years old.

At 15, Narumi moved to Paris to study at Centre d’art chorégraphique Franco-Japonais and then to Vancouver for a dance graduate program with Arts Umbrella, under the direction of Artemis Gordon and Lynn Shepard.

Both experiences were life-changing for Narumi. Paris was her first time away from home, spending the whole day doing something she loved, dancing. She was able to see performances from dance companies that she never had a chance to see in Japan. Vancouver was more of a cultural shock for Narumi. It was a chance to explore contemporary dance, but also to meet people from all kinds of backgrounds and learn to speak English.

“Vancouver was really the place I felt a change,” says Narumi.

“Of course France was a big change in my life, and how I see the world, but Vancouver was another big change for me, on how to be myself. I could be just me, and everybody accepts who I am. They have respect for each other and their thoughts because it’s normal for them to have different cultures and people.”

After graduating, Narumi had a hard time first getting accepted into a dance company. There were rules and requirements, such as size and height, that blocked her way even into the audition room. As she began carving out a spot for herself in the dance world, she would accept any opportunity that came her way, remembering what it was like to not have a job.

“[Anytime] any kind of job offer or something comes in front of me, and I always have to take it, because I think it’s really beautiful and I’m grateful that somebody wants to work with me,” says Narumi.

Not letting location or distance hold her back, each job Narumi has taken, has opened more doors to new experiences and opportunities. Her path has zigzagged her over the world and brought her the opportunity to work with choreographers she has admired her entire career, like Canadian Crystal Pite with dance company Kidd Pivot or Mats Ek in the main role of Juliet, in his last big creation, Juliet and Romeo and to be part of the company with Netherlands Dance Theater 1. Narumi will be back in Canada this year as she joins Ballet BC for the 2020/21 season as a guest artist.

“As I get older, I’ve had unexpected opportunities to work with choreographers that I always wanted to work with,” says Narumi.

“I loved my path, I’m grateful [for each] experience and person I’ve met in every country, every city, every group, company or school that I get to be part of.”

This path is what has brought her to the Fall for Dance North stage, meeting choreographer Joshua Beamish during her time in Vancouver, and the festival’s artistic director Ilter Ibrahimof first saw Narumi perform during her time with Kidd Pivot. 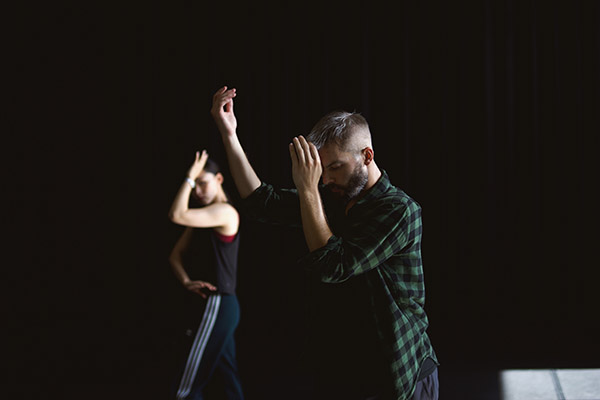 The sixth-year for Toronto’s annual international dance festival, Fall for Dance North had to make a major pivot in its programming due to the global pandemic. Called The Flip Side, this year’s festival is a combination of live and digital performances, offering a mix of free and low-price programming with a focus on Canadian performative arts and music says Ibrahimof.

“We decided to do all works by Canadian artists, so that if we do have a more national and international audience, we can put a bigger spotlight on Canadian dance makers and Canadian dancers, with the diversity we are known for as part of the DNA of the festival,” says Ibrahimof.

Through programming that includes live online performances, podcasts, original series, augmented reality performances and online workshops, this year’s lineup looks to highlight the personal view of art-making, with a behind-the-scenes look at the craft, while still offering professional, polished, and high-quality performances.

Being online, the festival can reach further than Toronto, with national and international audiences. Programming and changes this year are setting a precedent for festivals in years to follow, in how to reach new audiences and charge tickets for virtual content in order to support the arts in meaningful ways, says Ibrahimof.

“I feel like what we are doing now, will stay as part of what we do in the future in some sort of form, and I feel like it’s a healthy mix of both digital and live performance. I love that now we can speak to a national and international audience with our program, and there are not as many geographical limitations that we used to have,” says Ibrahimof.

Bringing the festival online, has also made it accessible in a whole new way to new audiences, says Narumi. Who hasn’t turned to art, from music to books to film and so on during the pandemic. Art has been a form of joy, expression, connection, and escape during the pandemic, she says. Anyone who felt daunted by going to the theatre to see a performance can watch from the comfort of their own home, with their friends and family, and with low ticket prices connects people to dance like never before. She hopes opportunities like this will introduce more people to dance and performing arts.

“Many people feel like the theatre sounds too high class, or I don’t know what to wear, what to see, what to feel. But I say it’s like a museum. You go to the museum and you feel what you feel. I think art and entertainment give us the opportunity to think, feel, and discover yourself. You don’t need to be right or wrong, I think that’s the beautiful thing about art,” says Narumi.

For more information about Fall For Dance North or to purchase tickets to the signature performance, visit: www.ffdnorth.com.