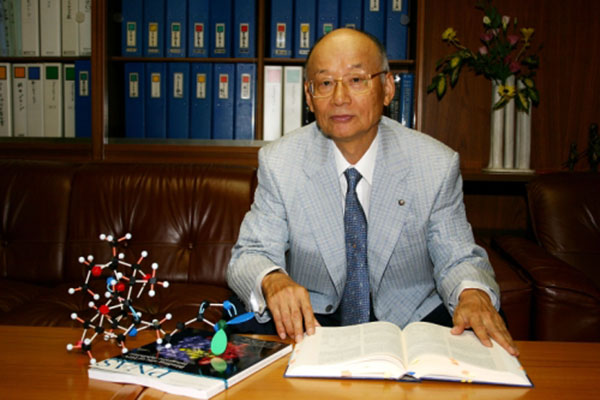 SWEDEN — Japanese microbiologist Satoshi Omura has been awarded the Nobel Prize in Medicine making him the 23rd citizen of Japan to receive the honour and the country’s third in physiology.

The Nobel committee honoured the professor emeritus of Kitasato University in Tokyo along with Irish-born researcher William Campbell and Tu Youyou of China who is the country’s first ever medical laureate.

The three researchers were honoured for their development and research in finding treatments for Malaria and other tropical diseases through the use of the drugs artemisinin and avermectin.

“The two discoveries have provided humankind with powerful new means to combat these debilitating diseases that affect hundreds of millions of people annually,” the committee said. “The consequences in terms of improved human health and reduced suffering are immeasurable.”

Artemisinin was discovered by Tu and was developed using information from ancient texts.

According to the World Health Organization (WHO), the drug greatly reduces the number of Plasmodium parasites in the blood of patients with malaria. These parasites caused almost 600,000 deaths in 2013 according to WHO, but hopefully through the use of these drugs resistance to the disease can be built.

Campbell and Omura are cited with the development of avermectin, a derivative of the original drug that helps lower the incidences of river blindness and lymphatic filariasis, which is caused by parasitic worms that enter the body through the eyes.

These drugs have been distributed to more than one billion people through the WHO.

In a press interview at Kitasato University on Monday, Omura said, “I was just lucky,” adding, “I had just borrowed the power of microorganisms, so I myself didn’t invent anything great or difficult,”.

He went on to say that the, “[the] microorganism is the one who deserves this prize”.

Omura has a unique background in science. He was previously a teacher of a technical high school in Japan. While there, he was impressed by students’ work ethic as he saw them studying at night with their dingy hands after they finished working in the daytime in factories.

Then he said to himself, “I need to study more.”

This realization helped him become the researcher he is today and a Nobel laureate recognized for helping people around the world.