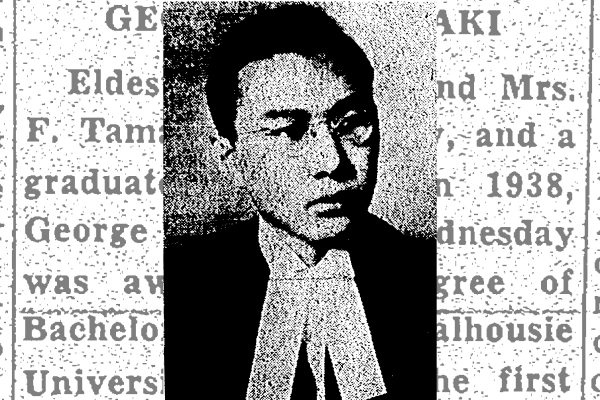 A photo of George Tamaki in The New Canadian, the clipping comes from an issue published on May 14, 1941. Photo courtesy: Landscapes of Injustice.

Continuing in our series of short essays relating to the four claims of Landscapes of Injustice. This essay explores claim No. 3: Reasoning wrong. In the 1940s, officials found ways to justify their actions surrounding the dispossession of Japanese Canadians. While racism was always a part of their discussions, officials appealed to other ideas, like the rule of law, the rights of citizenship, and principles of fairness. They had complex ways of reasoning wrong.

Landscapes of Injustice Research Coordinator Kaitlin Findlay portrays the different players invested in Bird Commission, the royal commission that investigated Japanese Canadians’ claims for losses. This article is drawn from her master’s thesis.

In the late 1940s, Japanese Canadians’ activism was appropriated for state purposes. When Japanese Canadians called for fair compensation for their losses, the federal government saw an opportunity to prove their accountability. This struggle unfolded in a federal commission, known as the Bird Commission, for its lead Commissioner, Justice Henry Irvine Bird. Japanese Canadians, their lawyers and government officials held different views of what just treatment under Canadian law looked like.

The contest between these views unfolded in cabinet, in Commission hearings and sometimes on the street.

Like in July 1947, when Robert McMaster passed Frank Gould Shears in Vancouver. Shears was then the director of the Vancouver Office of the Custodian. McMaster was a local lawyer who was involved in the Japanese Canadian campaign to gain compensation for the losses they suffered under the internment policies.

That spring, the issue of compensation had hit front page news across the country and McMaster became embroiled in a struggle with cabinet over the purview (or the terms of reference) of the royal commission appointed to investigate Japanese Canadians’ claims. The Toronto branch of his affiliated civil liberties organization, the Co-Operative Committee on Japanese Canadians (CCJC), aggressively pursued meetings with members of cabinet. McMaster followed the issue from afar.

Recognizing Shears on the sidewalk, McMaster boldly informed him that he could anticipate further “representations in Ottawa as the Terms of Reference were considered to be far from adequate.” McMaster envisioned broad terms could address the breadth of Japanese Canadians’ losses. The encounter was likely uncomfortable for Shears, but not entirely surprising. Since February, he had known a commission was in the making. Further, the Vancouver Office of the Custodian had always operated in anticipation of such an inquiry.

“You will appreciate that there will be a day of accounting,” a superior once warned Shears, “and that the Custodian must be in a good position to take account for all the property taken under his control, its administration and its disposition.”

In 1947, it seemed that this day had arrived. Yet if the government officials anticipated the commission, they could not control its course. Now, they faced the activism of Japanese Canadians, backed by religious groups, civil liberties organizations, and mainstream media, who called for fair compensation for the losses resulting from the forced uprooting and dispossession.

One such advocate was George Tamaki. Alongside McMaster, Tamaki joined the CCJC’s team of lawyers to represent Japanese Canadian claimants at the Commission. Tamaki was well-suited for the task. Born in 1916, he belonged to an established farming family in the Fraser Valley. After completing his undergraduate at the University of British Columbia in 1938, he became the first Nisei to be awarded a Bachelor’s of Law by Dalhousie University in 1941.

Leafing through the files the government kept on his family, Tamaki’s effort is clear. Tamaki pored his freshly-minted legal training into defending his family against the forced sale of their homes, farms, and possessions. The stakes were high. Tamaki wrote letters, appeals, and protests on behalf of his family. He knew the law well and held the government to its word. He even wrote to Prime Minister William Lyon MacKenzie King. Tamaki attached two valuations of his brother and father’s land.

The first was an appraisal they had submitted to the Custodian when they were uprooted in 1942. The second showed the amounts they received from the Custodian’s sales. The comparison, Tamaki wrote, “suggests that a glaring injustice has been committed in their case.” He called for a “complete investigation of this matter.” Tamaki sat alongside McMaster when the Bird Commission opened in Vancouver, December 1947. He represented claimants in Saskatchewan, including his own family.

Defending his father, Tamaki submitted meticulous documentation of the family’s losses. “I conclude that you are going to give me a good deal of homework,” the Commissioner reflected. Throughout the Bird Commission, the federal government relied on the notion of procedural accountability to claim its actions were just. In response, lawyers like Tamaki and McMaster pushed the Commission to address Japanese Canadians’ broader claims to fair compensation and justice.

The Tamaki family eventually received a standardized adjustment to the sale price of their property. The claims for undervalued farmlands were considered en masse, and Tamaki’s individual argumentation held little bearing. The federal government used the Bird Commission to prove its accountability. In doing so, the Commission superficially addressed Japanese Canadians’ claims while resisting, silencing, and submerging their articulations of loss and value. In the Bird Commission, competing visions of fairness and justice folded together in a process that ultimately served the government’s ends.

For more information about Landscapes of Injustice, visit: www.landscapesofinjustice.com. 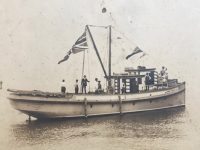 
Robert McMaster was my father. I am proud of his integrity and passion for justice!