The casting call for a multi-generational story 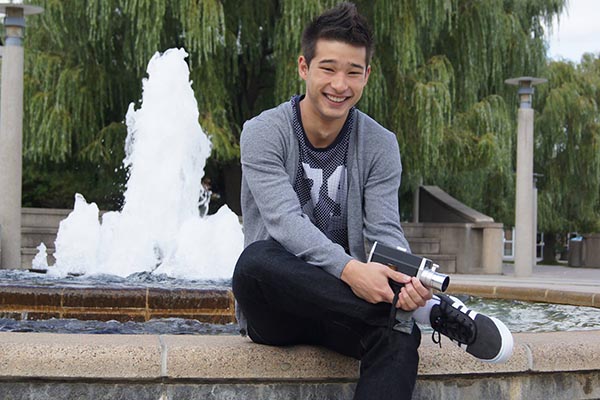 TORONTO – Time has healed Takeshi Tanaka’s wounds, but they’re about to reopen.

In his youth, he was angry at the injustice of what he and his family suffered during that darkest days of the Interment.

As he aged, he had a chance to look back on his experiences and understand what happened. He’s at peace with it all, but he suddenly finds himself confronted by an old enemy who has in his possession an old family heirloom.

Confused and angered, feelings from so long ago rise to the surface. Can he forgive this trespasser after so long?

This is filmmaker Michael Maddeaux protagonist’s main conflict in his short film, Kazuko.

We had a chance to speak with Maddeaux about his short film and to learn more about his characters and his direction.

Nikkei Voice: What were some of the challenges you have writing Takeshi’s character?

Michael Maddeaux: Writing Takeshi Tanaka’s character was an interesting experience for me because I had to write his character in two separate time periods. Takeshi Tanaka’s character is loosely connected to my feelings of injustice as to what happened to the Japanese Canadians in the 1940s. I wanted to write a character who could embody the confusion, anger and desire to stand up for what he believed in at this point in time. When I wrote his character who is alive in present time, I wanted to write the character so that he had had years to digest and accept what happened to his family.

NV: How are you going to develop Takeshi’s relationship with the antagonist in the film?

MM: Because this is a short film, it is difficult to solidify the relationships that Takeshi has with his parents in addition to the relationship conflict he develops with the two soldiers who arrive at their house.

I made it a priority to make the three family members very close so that the idea of them being separated from their home and possibly each other is much more powerful.

MM: One of the main qualities I’d like to see in the cast for this film is a dedication to the idea of promoting Asian Canadians in the entertainment industry. I am disappointed by how Asian Canadians are so under represented in this industry.

NV: What do you hope audiences will take from this film?

MM: I am hoping that Canadians can walk away from this film and take in the idea that even though we should all strive for the ability to forgive, in a single moment it is not always within reach. As a result sometimes we just need to be able to have an understanding for why people do what they do and eventually this can grow into forgiveness.