The gentle art of wagashi 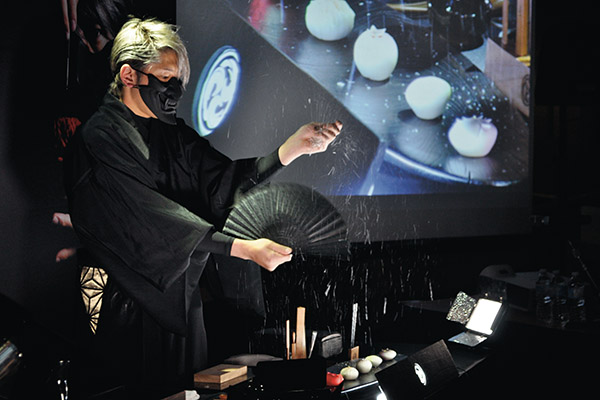 The next Japanese food poised to take hold in North America is wagashi. Wagashi is an umbrella term for Japanese traditional sweets. They usually come in different sizes and shapes, flavours and colours, but what is common among them is their intricate designs and presentation.

Turning wagashi into an art and performance is Japanese sweets master Junichi Mitsubori. Visiting Toronto in his first North American trip, Mitsubori came to teach Kado, as he says, “The way of wagashi.”

While in Toronto, Mitsubori taught a handful of hands on master classes at Gusta Cooking Studio in Markham, ON. The classes were quite pricey, ranging from $600 to $1,200 dollars. Mitsubori offered other opportunities to see his work first hand, with a culinary art live demo and exclusive dinner at Shoushin, a Japanese restaurant in downtown Toronto, an academic seminar for students at Humber College as well as a book signing and live demo at the Japanese Canadian Cultural Centre.

During the demonstration at the JCCC, Mitsubori put on a show for those in attendance, as he created five unique wagashi right in front of their eyes. Dressed in a black kimono with an oni face mask on, wagashi was sculpted with small tools, with delicate motions of the wrist, traditional music and carefully placed lights to create deliberate shadows. 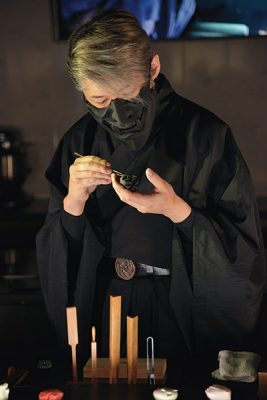 Afterwards, through a translator, Mitsubori, a third generation wagashi master, explained some of the secrets to his trade, as well as answering questions and giving away the wagashi he made to five lucky participants.

While many use food dyes to create the elaborate colours in wagashi, Mitsubori opts for natural food dyes. To create red he uses ume or plum, chrysanthemums to make yellow, matcha for green, and soybeans for black, explains Mitsubori.

The most unique flavouring he used was what he calls “tatami flavour,” using the type of hay used to make the mats, which can be eaten raw, and creates a gentle green colour when turned into a powder.

Mitsubori’s visit was organized by Baron Hau, chef and director at Gusta Cooking Studio. Gusta offers culinary and pastry classes out of downtown Markham, offering access to niche tools and ingredients, like the ones used in wagashi.

Wagashi has the potential to become the next popular food trend in Canada. 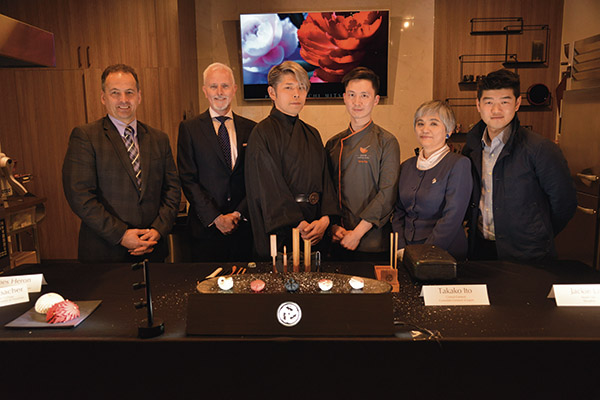 “You will see these healthier sweets options taking main stage rather than being part of a plate,”  said Hau. “Since we introduced seasonal wagashi in our class roster last summer, we have seen many cake decorators and small business owners coming for them.”

The performance of kado is similar to that of a tea ceremony, Mitsubori explained to the group at the JCCC. The performance is quiet and slow, and all movements are deliberate and delicate.

Mitsubori explains that he see wagashi as an art form, like a sculpture. But what really brings out its beauty and separates it from a sculpture is the nature of its material, that is meant to be eaten and appreciated right away and decays quickly over time.

“Similar to our lives, it is the progression of ourselves, as we all know, we all die,” he says. “There is a little bit of sadness, creating something that decays and is never-lasting.”

Click below to watch a video of Junicho’s class at Humber College: