The Reel Asian Film Festival’s role as a cultural bridge 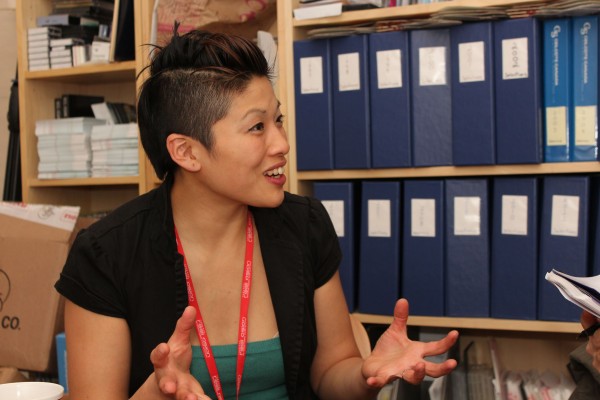 The 17th Reel Asian International Film Festival runs from November 5th to the 16th in both Toronto and Richmond Hill. The festival hosts 60 titles from 14 countries, such as Japan, Hong Kong, India, Pakistan, South Korea, and so on other than Canada and the United States this year. This year, 30 films are Canadian, which include 16 world premieres.

Every year, around 12,000 people sit down in various theaters to enjoy the festival. This year, organizers also screened notable Japanese film and we’d like describe about them. We had an opportunity to talk with Heather Keung, Artistic Director at the Toronto Reel Asian International Film Festival.

On November 5, “Bombay Talkies” from India was showed at the Isabel Bader Theatre at the opening night as well as their official launch of South Asian films. Some films from South Asian countries such as India and Pakistan were showed at the festival for the first time. “People were really, really positive and were really the audience. And they said, ‘I’ve lived in Toronto all of these years and I’ve never been to the Reel Asian,” Heather Keung said.

This was very meaningful for her. Because it reassured their decision as the right choice as they are building their community and people recognize Asian cinema. The Reel Asian was founded in 1997, and the first festival was for only three days.

As you know, it has grown to about a two-week festival so far. In addition, they are looking for more opportunities to show more work. “I think it’s related to our mandate in many ways as we are looking to represent so many different communities and art forms. I think if we can support it and if there is an audience to support it we will definitely grow our festival,” Keung said with her smile.

There were two great featured films from Japan. One of them is “The Kirishima Thing (邦題: 桐島、部活やめるってよ)”showed at the AGO Jackman Hall. The film won the Best Film of the Year and Best Director Japanese Academy Award 2012, and Best Film and Best Director at the 67th Mainichi Film Awards 2012 in Japan. It’s based on the best-selling novel by Ryo Asai. That’s why it would be quite recognized by Japanese audiences.

The film is about the social dynamics in a high school and after school clubs, such as the music club and the sporting jocks, and their sort of relationships. Kirishima who is the captain of a volleyball club suddenly quits the club disappears off the scene. Everybody ends up in this spiral of trying to figure out what’s going on and what happened to him.

Another is the Great Passage (邦題: 舟を編む) showed at the Japanese Canadian Culture Centre. The Reel Asian is a partnership with the JCCC and the Japanese Toronto Film Festival. This film is actually the official Japanese submission for the Foreign Language Film at the Academy Awards. There’s this kind of very timely discussion of language, especially slang and they take it very seriously as well as relationships to new technology.

We wonder how many Japanese come out to the screenings. Though it’s hard to identify who is Japanese and who is Korean or Chinese, according to the demographics at some shows last year, they had about 10,000 people attended and 7% of those who attended were Japanese. In this connection, 50 % of the people are not Asian. Many people who were non-Asian were joining in the festival.

However, some prefer to watch movies at home. If you are so, please reconsider it. The Reel Asian brought the films in the DCP (Digital Cinema Package) which replaces 35mm film. They built professional environments to have people are able to see a film under the perfect sound and resolution. Moreover you would feel a emotion of audiences surrounding you if you are at a theatre.

“When people are laughing or people are screaming or crying there’s something emotional about that. I think there’s a kind of bond that you get even if you don’t talk to anybody. And you would have known something specific to a culture if you were with audiences,” Keung recommended that Torontonian go to a theatre. 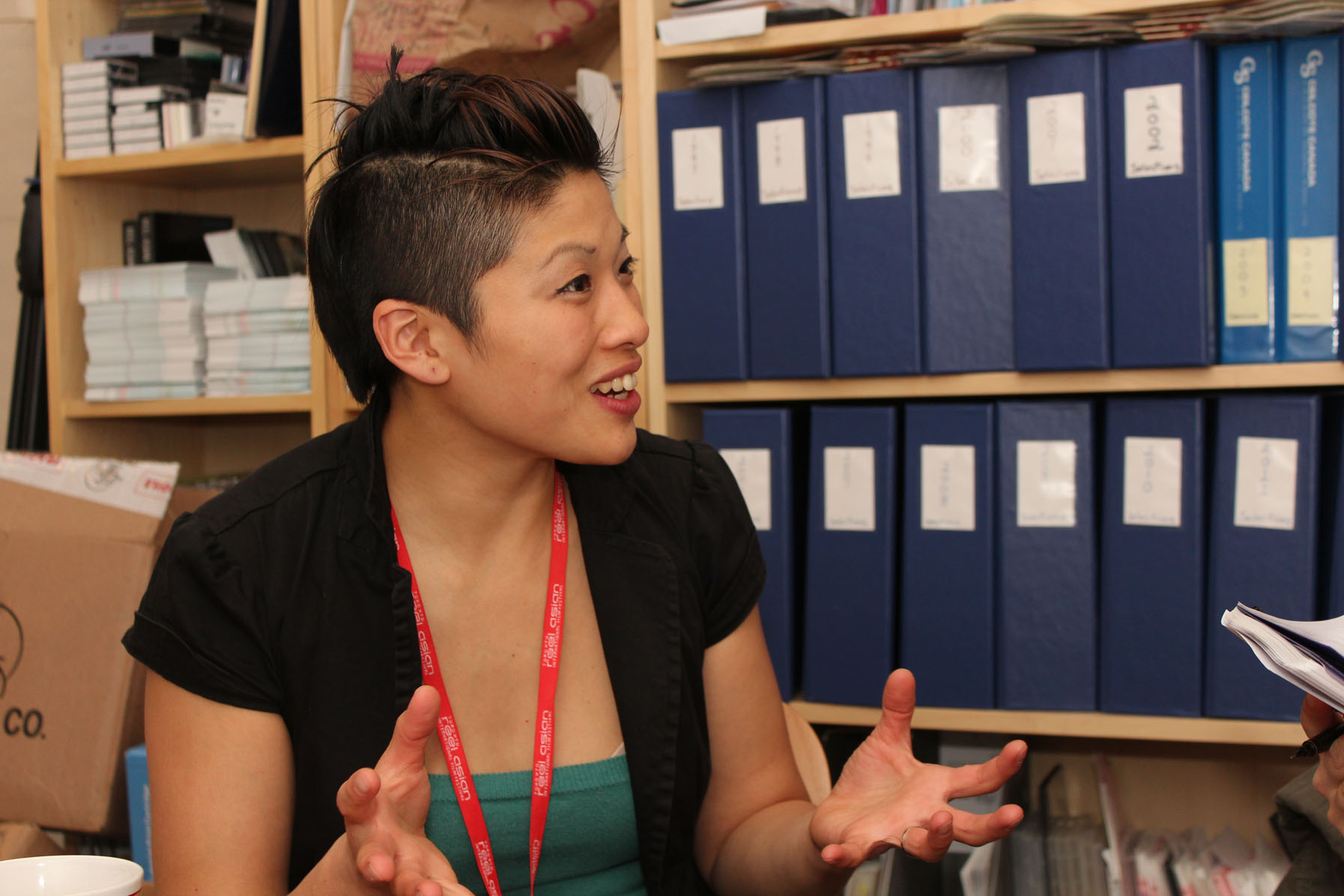 For many cultural centres in Toronto, films and television are vehicles to help expose others to their culture. When the Reel Asian decide on what films to show, there’s a thematic discussion happening between the different films. Perhaps they are expanding their ideas about certain identities.

“Programs of the festival highlight more complex characters or more hybrid characters who represent a range of different elements and cultural backgrounds,” Keung said. This point is really attractive as they related to their audiences who are Torontonian living with multiple cultures. We assume that the Reel Asian film festival is a cultural bridge.