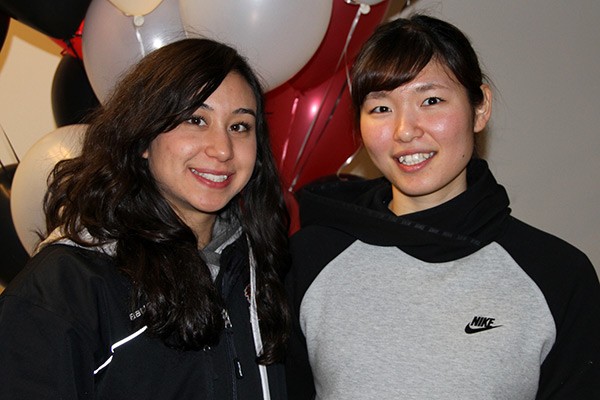 The tournament features the top four teams in the league, hosted by Calgary, Toronto, Montreal and Boston culminating in a winner take all game on the final day. This year three Japanese were showcasing their talents on the ice, each hailing from different countries: Canada, Japan and the United States.

Kurio, a hapa Japanese who’s paternal great grandparents hail from Fukuoka and Kumamoto, was in her second year with Calgary. A four-time ECAC Hockey All-Academic Team member while playing for the Union College Dutchwomen (NCAA) played Midget AAA hockey for the Bowness Bruins in Calgary.

Takeuchi, was in her rookie season with the Inferno, coming off a successful campaign with the infamous hockey team that warmed the hearts around the world at the Sochi Olympics in 2014, “Smile Japan”. Her personality was no different as Calgary was winless at the Clarkson Cup. She had a positive attitude and had nothing but praise for her team as she reflected on her experiences this season in Canada.

She credits Carla MacLeod as the person who inspires her most in hockey. MacLeod, a two time Olympic Hockey Gold Medalist for Canada, joined Japan as an assistant coach for the Sochi Olympics and was a source of influence for Takeuchi to play hockey in the CWHL. She noted that though hockey in Canada was different because of the size and strength of the women here, Japan utilizes their speed as their best asset.

Takeuchi will return to Kushiro to train and play hockey during the summer and will be back with the Inferno next season, perhaps with other Japanese players.

The Clarkson Cup final was one to remember.

The most decorated team in the CWHL, the Montreal Stars took on the only US team in the league, the Boston Blades. Ultimately, Boston won just two minutes in overtime to seal their second cup in three years.

The Blades were powered by six Sochi hockey Olympians, four American and two Canadian, but it was Jessica Koizumi who was first to lift the cup after being awarded to the captains. At the young age of 30, Jessica is the oldest on the team and brings invaluable experience. Boston Manager, Aronda Kirby, spoke highly of her dedication, maturity and expertise as a coach at Yale, as key roles with the team.

Koizumi, who is half Korean and half Japanese is born in a state not known for its hockey prowess, Hawaii. Raised in Simi Valley, California, she played for the Cal Selects Hockey Club and was awarded the Cal Selects Player of the Year in her final season. 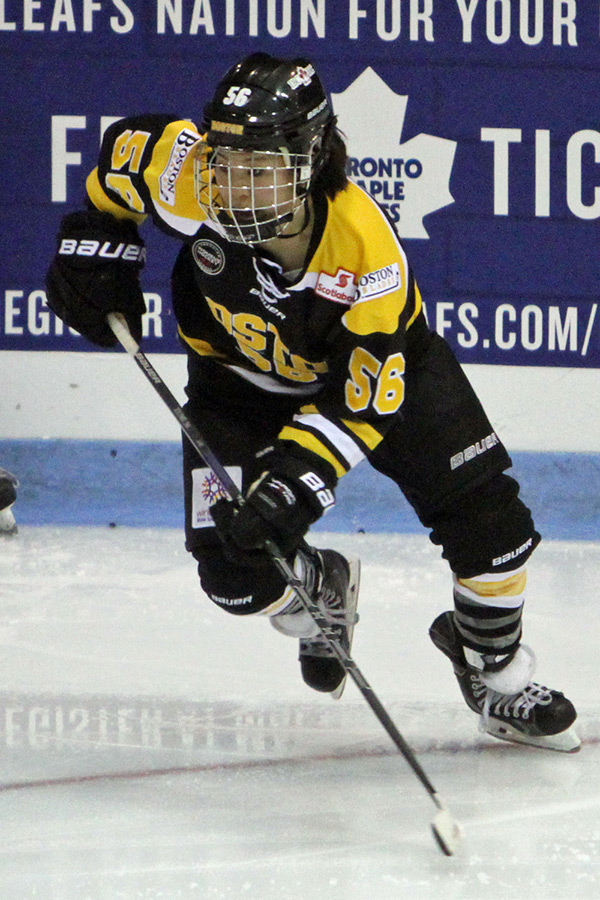 Koizumi, seen here, at the Clarkson Cup held in Markham, ON. Photo by: Jonathan Eto

Koizumi also had a successful NCAA hockey career, leading with a spot on the WCHA All-Rookie Team (2003-04) and capping it off as the captain of the University of Minnesota-Duluth women’s hockey team that went all the way to the 2007 Frozen Four Championship game. She earned a spot on the All-Tournament Team. She also represented the US in several tournaments including a gold medal win at the IIHF World Women’s Championships in 2008.

This was her second Clarkson Cup win and fourth appearance in the final (once while playing for the Montreal Stars).

Last season, she was the first player to register 50 points in franchise history and earned her 100th point in professional career early this season.