Three ways to make your Instant Noodles a little healthier 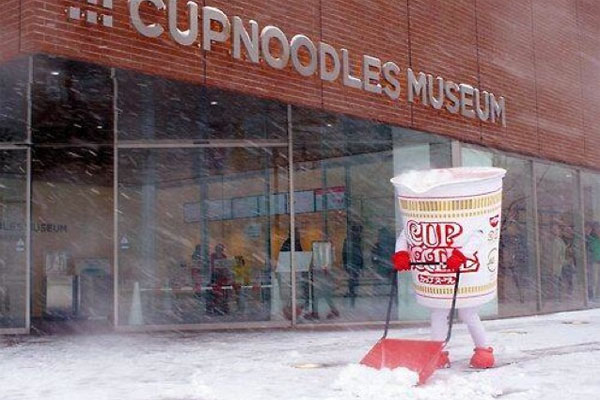 We’ve all be there. It’s 7 p.m., the day is winding down, and you’re either too tired, too lazy, or too fed up to light up the stove and cook.

Looking over to the dark side of the kitchen counter, you see your stomach’s salvation: Instant Noodles.

Whether it’s a bowl or cup of noodles from Nissin, Nongshim, or simply no-name brand Sapporo Ichiban, instant noodles are a way to fill you up while simultaneously increasing your blood pressure. Seriously, have you seen the sodium content on most of the packets?

The amount of sodium contained in most bowls of instant noodles is equivalent to 63 per cent of your daily dose of salt. That’s about 1500 milligrams of salty earth rocks, or half a teaspoon of salt going right into your body. It’s making your kidneys cry.

You see, your kidneys end up doing all of the work when too much salt is ingested into the body. The little organs helps your body keep a lid on your sodium levels, but when there’s too much it ends up seeping straight into your blood stream, which in turn makes your heart work harder and your blood pressure to go up.

According to the Dietary Guidelines for Americans, the human body should receive less than 2300 milligrams of salt a day and 1500 milligrams for anyone over the age of 50. So what’s the quick fix for making your instant noodles better?

Ditch the salt packet, well most of it anyway.

Instead of using the whole packet, try using other things to help bolster the taste of the noodles. Popular choices might include:

While all are inherently high on sodium, each sauce listed above is a far cry from the packet that comes with your instant noodles. As another alternative you can make a soup all your own.

A Dashi-based soup is one of the most basic forms in all of Japanese cooking, and it can be made with some really easy-to-find ingredients. All you need is: 4 cups water, 5” x 5” piece of kombu, and ½ cup katsuobushi. It tastes great and when you mix seaweed into the soup it can have some great health benefits to you. For cooking instructions be sure to check out Savory Japan‘s recipe.

The less salt you use in your instant noodles, the better.

There’s nothing easier than getting some vegetables, slicing them up, and throwing them into the bubbling soup of your favourite instant noodles, but not all veggies are made the same.

If you’ve ever been to a ramen restaurant, you might have noticed that most bowls are bereft of the commonly found North American vegetables like carrots, peas, and corn, but don’t fret this is a chance for you to expand gastronomically. Some great veggies to throw into the mix:

Adding vegetables to instant noodles not only makes this fast food a little healthier, it also makes it taste a whole lot better. Most of the vegetables you can add to the mix here can be simply thrown in while it cooks, but there’s nothing wrong with having a veggie stir fry with the boiled noodles.

As well, people with a little more time can add a fried or boiled egg into the mix. While not the healthiest addition to your noodles, egg is a great source of vitamin A, potassium and many B vitamins like folic acid, choline and biotin.

You can also use frozen vegetables if all else fails. A corn, pea, and carrot mix goes well with any broth and can at least help you avoid the guilt of having a legume-free dinner.

There’s a great recipe here that uses instant noodles, but be warned getting actual ramen noodles will make this one taste even better.

While you might think all instant noodles are the same, there’s a whole world out there of packaged ramen.

The Ramen Rater is the closest you can get to an encyclopedia of instant noodles, and the reviews on the site will give you a good idea of what you can expect from the noodles you might be about to pick up later today. Keep in mind, not all of these are made the same and each have different kinds of content. Spicier kinds usually have a higher sodium count, and the more savoury kinds include more saturated or hydrogenated fats.

However, there’s no way to escape the salt…, but in 2009 Nissin released something called Choice Ramen. At 80 per cent fat free, 25 per cent less salt, and air-dried ingredients, it was a pretty amazing example of how instant noodles could actually be healthy. Sadly, Choice Ramen was discontinued, which means it’s up to you to make your noodles healthy. 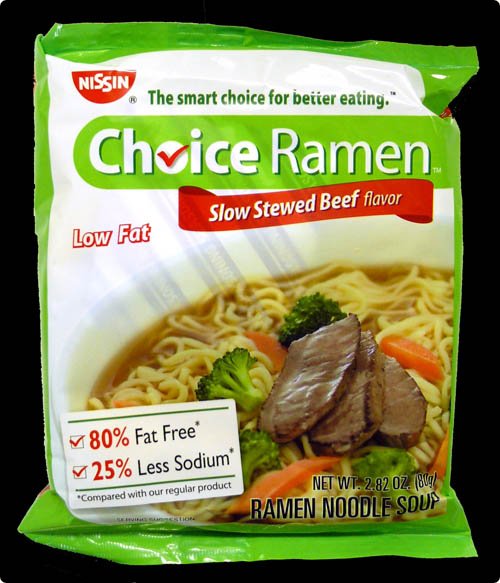 What you should look for:

Spend a bit of time comparing the instant noodle brands around you. There are too many examples of instant noodles claiming to be made by groups of critically acclaimed chefs with top-shelf ingredients. Looking at the labels could mean the difference between having a slightly nutritious meal and a hearty one.

For anyone interested in making your instant noodles even healthier, be sure to take a read of this article. It has some great tips on how to cook your noodles and reduce salt content.

20 Ideas for Healthy Instant Noodles - The Best Recipes Compilation Ever