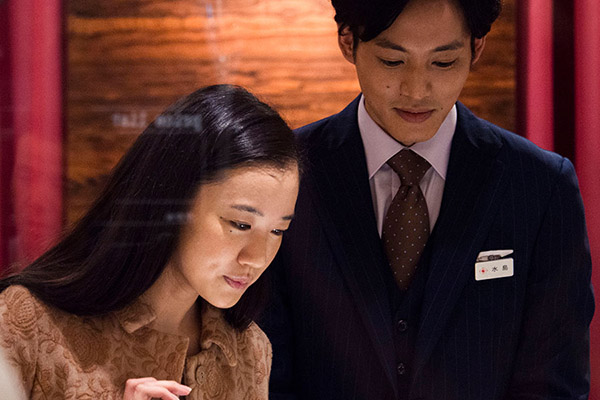 The Toronto International Film Festival returned this September with a slightly slimmed-down version of 20 per cent fewer films. This affected the Japanese line-up in terms of quantity but certainly not quality. Included in this stellar line-up of Japanese films is Kazuya Shiraishi’s drama, Birds Without Names. Photo courtesy: The Klockworx Co. Ltd.

Out of boredom she falls into a torrid affair with the polished but vacant Mizushima (Tori Matsuzaka). One day a policeman knocks on the door to inform her that her former love, Kurosaki, has been missing for five years. Towako begins to notice that Jinji is stalking her and Mizushima. A stray comment by Jinji raises her suspicion that he may be involved in Kurosaki’s disappearance. Is Jinji all that he seems, or is there something darker lurking behind his damaged, eager-to-please façade?

Based on Mahokaru Numata’s novel, Birds without Names defies genre definitions, oscillating between character study, thriller and melodrama. The film is built around a towering, career-best by Yu Aoi; her performance as Towako is as unforgettable. She is unstable and demands empathy even as she repulses the audience. She is supported by Abe’s strong performance as Jinji, a simple man with far more going on than we give him credit for. It all culminates with a neat twist which is genuinely moving, forcing us to re-evaluate our sympathies and allegiances.

This is director Kazuya Shiraishi’s (The Devil’s Path, Twisted Justice) first film in TIFF and it is his best film to date. It is an intelligent, tightly controlled and captivating piece of cinema and our favourite film among this year’s Japanese line-up. Shiraishi has two more films currently in production and we can’t wait to find out to what dark and strange places he takes us next.