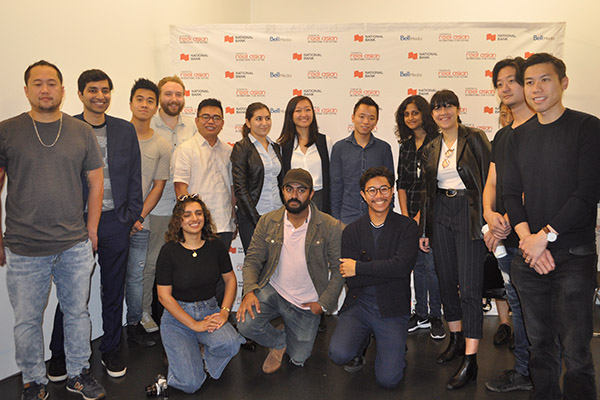 “It’s a very exciting time for Asian cinema as we are seeing more and more content reach a wider audience and earn both box office and streaming success,” said Savine Wong, Interim Executive Director, Reel Asian. “As a leader in the presentation of Asian cinema, we look forward to continuing our efforts to expand the space that connects our audience to universal stories from around the world and in our own backyard.”

Presented by National Bank, the festival is a showcase of contemporary Asian cinema, and the largest pan-Asian festival in Canada.

The festival also provides unique programming, such as Marquee, which brings the filmmakers and stars to the Toronto red carpet. Wee Asian is a free program for kids to explore the art of moviemaking, enjoy short films and make crafts. As well, the festival’s Reel Ideas programming provides local emerging talent with the opportunity to network, meet and learn from established filmmakers in Toronto’s entertainment industry. The keynote event includes a discussion with Hari Kondabolu, an American comedian, writer and podcaster.

The festival’s lineup includes 62 titles (18 feature films, 43 short films and one special project) from 17 different regions, including a strong lineup of Japanese films, actors, directors and filmmakers. These films include:

Masato (Takumi Saitoh) runs a ramen shop with his father in Takasaki, Japan. When he finds his mother’s diary filled with recipes and memories written in Chinese, a language he cannot understand, it sends him on a journey of self discovery through Singapore’s food landscape. Directed by Eric Khoo, this story warms you to the core like a comforting bowl of ramen.

The life four year-old Kun has always known is turned upside down when his new baby sister arrives. He grows increasingly jealous as his family becomes smitten with the new baby and takes refuge in the backyard where he meets strange visitors from the past and present, including the teenage version of his new sister, visiting from the future. In director Mamoru Hosoda‘s dreamy new animation, the two siblings go on a magical, emotional journey through time and space.

Ichiro Inuyashiki (Noritake Kinashi) feels trapped in a dull, unfulfilling life, unloved by his family and stuck in a dead-end job. Inuyashiki becomes an unlikely hero when a mysterious explosion gives his old body a high-powered mechanical shell. Based off the popular manga by Hiroya Oku, director Shinsuke Sato creates an exciting spectacle of good versus evil. Director Shinsuke Sato will be in attendance for the film screening.

This indie phenomenon took Japan by storm this year. What begins as a B grade zombie movie, takes a wild turn when the film crew discovers the abandoned warehouse they are filming in is actually the site of shady military experiments. Soon the crew finds themselves being chased by real zombies in this wildly hilarious and gruesomely fun satire directed by Shinichiro Ueda.

In Beijing, successful fashion designer Yuan Yuan (Faye Yu) meets mysterious Keiko (Ayane Kinoshita), a young Japanese girl who has learned Mandarin. Yuan takes the girl under her wing, and soon suppressed memories of her life in Hokkaido and the husband she left behind begin to haunt her, leading her to return the small town she thought she had forgotten. Director Kenneth Bi explores a woman’s journey through modernity and tradition.

The film’s director, Kenneth Bi, will be in attendance for the festival’s closing night show, followed by the Closing Night Gala Party to wrap up and cheers the season.