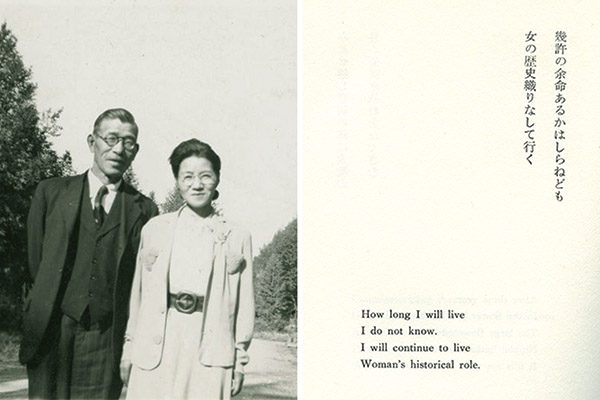 A standout in the collection is the poetry of Kinori Oka, who came to Canada as the 23-year-old picture bride of Sanzo Oka—a man she had only briefly met before coming to Canada—in 1927. 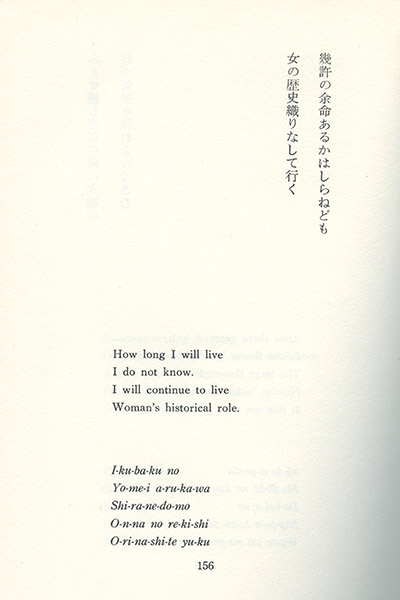 Her arrival in the Canadian wilderness was challenging. She felt the loneliness of being apart from her family, who had returned to Japan. Kinori came from a family that had domestic help, and she did not enjoy domestic labour, but would come to work as a farmhand, camp cook, and housekeeper while caring for her family.

Three years after the birth of her first child, Nancy Miyuki, Kinori was hospitalized with tuberculosis. During this time, she took to writing poetry and wrote some pieces while she recovered. It was the beginning of what would become a successful publishing history.

After the family was uprooted to Hastings Park, Kinori and her third child, Peter Eiichiro, weeks old at the time, fell ill. After being refused from leaving the campground and a long delay in obtaining permission to see a pediatrician, Kinori contacted the Nisei Mass Evacuation Group.

In the following decades, Kinori became involved with several poetry organizations, including the Fort Williams Poetry Group; the Kisaragi Poem Study Group, which published her poetry in MAPLE: Tanka Poem by Japanese Canadians with English Translations in 1975, in which this poem appears; the Lemon Creek Haiku Club; and the Minozuki Haiku Club.

Kinori Oka’s tanka poem is not merely beautiful: this poetry style often used by Japanese Canadians to express nostalgic sentiments and soothe yearning for their homeland is a reflection and expression of her resilience and strength of character as a Japanese Canadian woman and adventurer who contended with the loneliness and uncertainty of a new country; survived internment and hospitalization twice, all while raising three children; and became an accomplished poet. 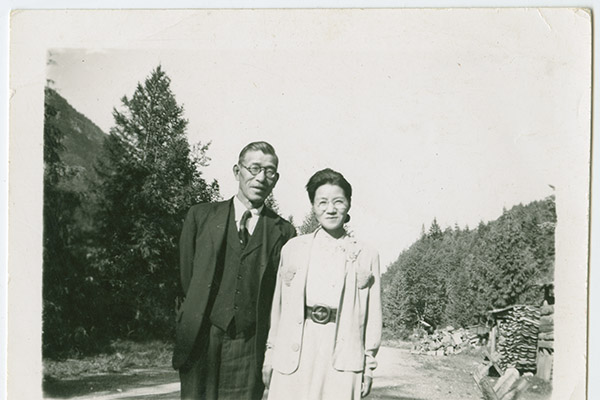 For all of her hardships, Kinori “did the best she could for the people she loved, and provided kindness to many, in her unassuming way,” said her daughter, Betty Masako Stillwell.

This kindness included small acts such as recording minutes for church meetings in New Denver and her generosity towards the customers at her grocery store with little money. In all aspects of her life, including her family, community, and writing, Kinori Oka exemplified strength, grace, and accomplishment in the face of adversity. For these reasons, her poem is one of our treasures.

The Women of Change: Celebrating Japanese Canadian Leaders project is possible with support from the Documentary Heritage and Communities Program from Library and Archives Canada.