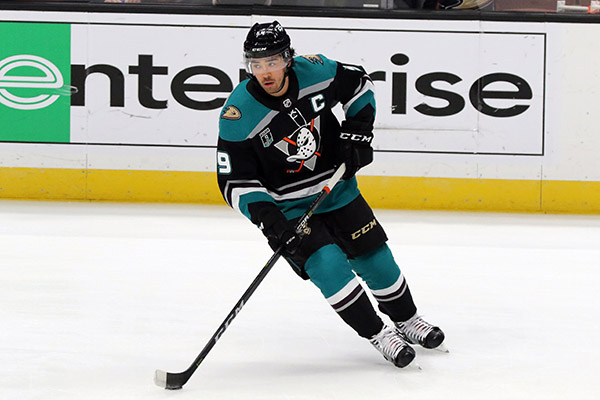 Japanese-American brothers Kiefer and Kole Sherwood are the first siblings of Japanese descent to play in the NHL in the same season since Paul and Steve Kariya in 2001. Incidentally, Paul Kariya is one of the brothers’ hockey idols. Kiefer and Kole were born in Columbus, OH, to Roger and Yuko Sherwood. Growing up in suburban New Albany, they spent most of their hockey development in the Ohio Blue Jackets junior system.

The 2018-19 season opened with both brothers being invited to NHL Training Camps. Following the end of Kiefer’s 2017-18 season with Miami University, he signed with the Anaheim Ducks in March, and played the remainder of the season with their AHL affiliate, the San Diego Gulls. Kiefer made the opening day roster for the Anaheim Ducks and in his NHL debut, scored an assisted goal. 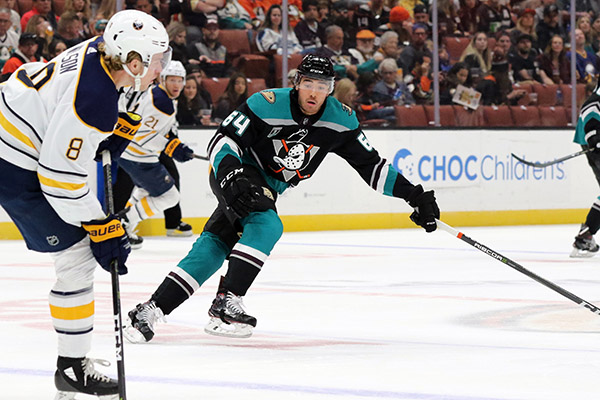 “It was pretty good,” he told the Nikkei Voice of the experience. “It’s a pretty hostile environment in the Shark Tank (the San Jose Sharks arena) but you know I played five games in the pre-season. I felt like it was definitely a step up, but I got my feet wet in the pre-season so I knew what to expect.”

On Oct. 21, 2018, Kiefer scored a highlight reel goal on Paul Kariya’s jersey retirement night, his childhood idol. Kiefer was sent in with a lead pass, roofing his wrist shot on the far side over the goalie’s blocker for his second of the season.

“It was pretty special. It’s pretty funny how things work out sometimes, but I kind of told myself it would be really cool if it happened tonight and it did.”

Kariya, who was inducted into the Hockey Hall of Fame in 2017, had his number 9 retired to the rafters in a pre-game ceremony against the Buffalo Sabres. The team wore special Paul Kariya retro jerseys for the warm-up. Kariya was their mother Yuko’s favourite player and because of his heritage, it was  easy for Kiefer to identify with him. 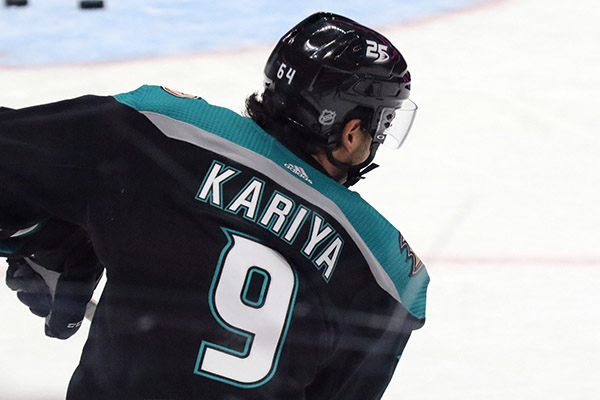 “The way he carried himself on and off the ice was definitely inspirational and motivational.” Kiefer said of Kariya “He became a role model of mine for sure and I try to model my game and carry myself as he did.”

In an interview with Ducks Weekly, Keifer said the brothers’ trainer, used to call the two, Kariya Sr. and Kariya Jr.

Kiefer did spend the bulk of his season in the AHL but was recently recalled and just scored his first multi-point night of his NHL career on March 26 with a goal and an assist against the Vancouver Canucks.

Kiefer’s brother Kole played in two NHL games this year, becoming the first player from central Ohio to play for the Columbus Blue Jackets in February. Two days later, he got a chance to play in front of his home crowd.

“It was really special, it was a dream come true.” Kole told the Nikkei Voice, “It makes you realize how much work and more motivation I have to get back up there.” 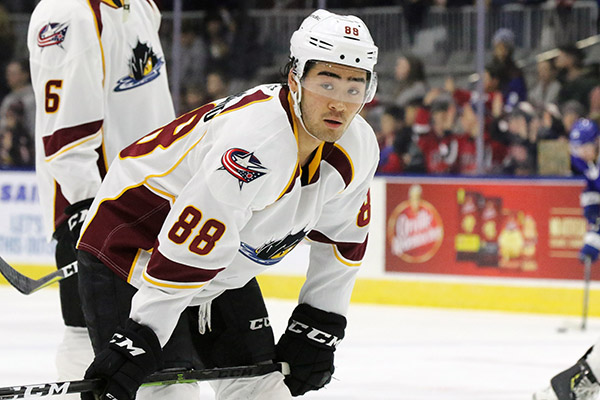 Kole has been primarily with Columbus’ AHL affiliate, the Cleveland Monsters, though he did have a brief stint in their second ECHL Jacksonville IceMen for three games. He is a dynamic player and used in all situations. You can find him often flying up and down the ice with speed and playing the game with great physicality, often finding himself in front of the net wreaking havoc.

The Sherwood’s are closely bonded and call each other every day with words of encouragement. Together in their first year playing professionally, they have faced adversity and shone when given them chance. They both have a bright future ahead of them. 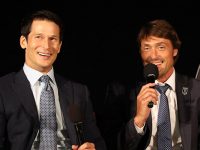 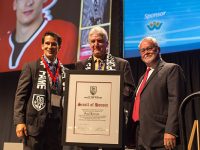 Exclusive Interview: Skating into legend with Paul Kariya
May 4, 2015


Thanks Vivian! The Sikura (Edamura) brothers are definitely the first Japanese Canadians to play for the same NHL team during pre-season; Sept. 21, 2018 (Chicago 5-2 win over Ottawa). And the first brothers since David & Jonathan Toews did it with Chicago vs. Edmonton Sept. 20, 2011. Hopefully the Sikura’s will both make the opening roster next season! There is an article in the Nikkei Voice printed newspaper about them. If you haven’t had a chance, please give it a read!


Sorry, I forgot to mention that Paul & Martin played together during the pre-season with the St. Louis Blues in 2007 but Martin never made the big club and played the entire regular season with Peoria (AHL)..


It is truly a nice and helpful piece of information. I am glad that you simply shared
this helpful info with us. Please stay us up to date like this.
Thank you for sharing.