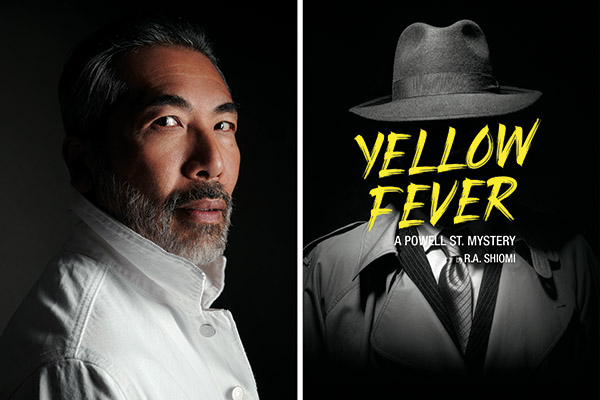 Actor, screenwriter, and playwright Hiro Kanagawa has played many detectives in his career—around 31 detectives and 38 doctors—in his over 200 acting credits. But Kanagawa’s latest detective role is a refreshing opportunity to explore Asian Canadian identity.

“[The] Asian man as white-collar, dependable voice of authority is very much a troupe in media. For that reason, especially in film and television, I’ve played a great many doctors, detectives, and FBI agents. As you can imagine, they are often fairly straightforward roles without a lot of emotional content,” Kanagawa tells Nikkei Voice in an interview.

“What is different about Yellow Fever is it is a Japanese Canadian story, set in Powell Street, and it’s an opportunity to not just be a detective but to explore ideas of identity.”

Along with Kanagawa’s over 200 acting credits, including recent projects like Star Trek: Discovery, The Man in the High Castle, and Altered Carbon, he is also an accomplished playwright, poet, and screenwriter, and recipient of the 2017 Governor General’s Literary Award for Drama for his play Indian Arm. Currently, Kanagawa is developing the stage adaptation of Mark Sakamoto‘s memoir, Forgiveness: A Gift from My Grandparents, winner of Canada Reads in 2018. 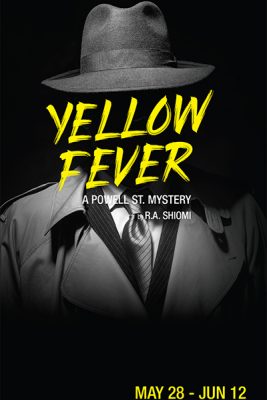 Presented by Firehall Arts Centre, Yellow Fever runs from May 28 to June 12.

Written by award-winning screenwriter R. A. Shiomi, Yellow Fever first premiered at the Pan Asian Repertory Theatre in New York in 1982. Shiomi created Shikaze as the archetypal film noir private eye—think the silhouetted figure in a dark alley, smoking a cigarette, dressed in a raincoat and tilted hat and based on Sam Spade, from Dashiell Hammett’s 1930 mystery novel, The Maltese Falcon.

In Shiomi’s Japanese Canadian adaption of the character, hard-nosed private eye Shikaze has seen it all, working from dusk to dawn in Vancouver’s Powell Street neighbourhood in the 1970s. Things change when he investigates the mysterious disappearance of a local beauty queen—the Cherry Blossom Queen—and Shikaze must navigate the complex threads of political intrigue and police corruption.

Like many noir detective stories, there is always more going on below the surface. While the story is a comedy-mystery centring on the disappearance of the Cherry Blossom Queen, the play explores issues of racism, assimilation, and the scars that linger from the Japanese Canadian internment.

Set in 1973, when memories of internment camps still linger, a new wave of Chinese immigrants reignites xenophobia in the city. Shikaze feels a sense of alienation as a Japanese Canadian in Vancouver. His ex-friend, Kenji Kadota, seems to have rebuilt his life after internment; he is now the police captain of the local precinct. But he has made compromises to his identity and community to achieve his career success.

“It’s very interesting to be doing this play now, where the characters, to some extent, are troupes. I think it allows us to question what an authentic Asian identity is and question the extent to which all identity is a construct,” says Kanagawa.

“I think in playing this character, there is an opportunity for me as an actor to reveal the extent to which Sam Shikaze’s persona is a construct. It’s a facade. It’s a mask he puts on, perhaps to conceal or as a defence against how he would otherwise be treated as a Japanese Canadian.”

This role has also been an opportunity for Kanagawa to continue to explore his own Japanese Canadian identity. For much of Kanagawa’s early career, he resisted writing about and exploring the Japanese Canadian experience and identity.

“I felt like, why do I always have to address my ethnicity in my art? It felt like a restriction. I resented it. I felt like my ethnicity was perhaps the least interesting thing about me, and there were other things that I wanted to talk about,” says Kanagawa.

Four years ago, Kanagawa was commissioned to write the stage adaption for Forgiveness, which became a catalyst to connect with the Japanese Canadian community and artists and began exploring his identity. 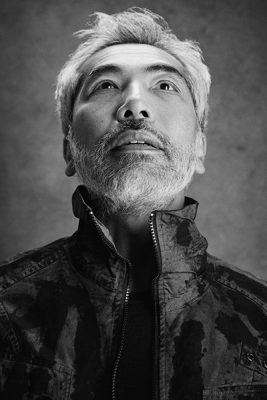 Producing Yellow Fever at the Firehall Arts Centre in Vancouver carries significance. The black box studio theatre is located in a city-owned heritage fire station on East Cordova Street, built in 1906. Now, 34 years after the Firehall first premiered the play, it will return to the very neighbourhood it takes place, the Powell Street neighbourhood.

The play explores how the Powell Street neighbourhood was once the bustling and thriving home of prewar Japanese Canadians in Vancouver and is now a ghost town. When Shiomi originally wrote Yellow Fever in the early 80s, the Redress Agreement had not yet been signed, and the Canadian government had not apologized for the internment of Japanese Canadians like his parents.

“There’s a saying, ‘history doesn’t necessarily repeat, but it rhymes.’ In the past two years, with COVID and all of the things going on in the world, we’re experiencing overt anti-Asian hate in a way that I never thought I would see again in my lifetime, but here we are. So, unfortunately, that makes this play once again relevant,” says Kanagawa.

By exploring the Japanese Canadian postwar experience and the lingering trauma of racism, Kanagawa hopes Yellow Fever can spark further discussions of how systemic racism continues to persist in Canada. There are minority groups and communities in Canada whose stories and experiences are invisible to the rest of Canadian society and who continue to face overt racism and discrimination.

“When you look at our history and the strides that we’ve made, there’s hope. But also we have to think, is it enough for us to make it? No, it isn’t,” says Kanagawa.

“We have to think about South East Asians, Indigenous people, we have to think about all of the other groups who are still horribly discriminated. All of these are thoughts that come to my mind when I’m involved in a project like this. I hope that these are thoughts and conversations audiences will also be prompted to have when they see the play.”

Yellow Fever presented by the Firehall Arts Centre runs May 28 to June 12, 2022.

For tickets and to learn more about Yellow Fever visit, https://firehallartscentre.ca/onstage/yellow-fever/

For resources about or tools to report anti-Asian racism visit: https://www.asiapacific.ca/education/anti-racism-resources