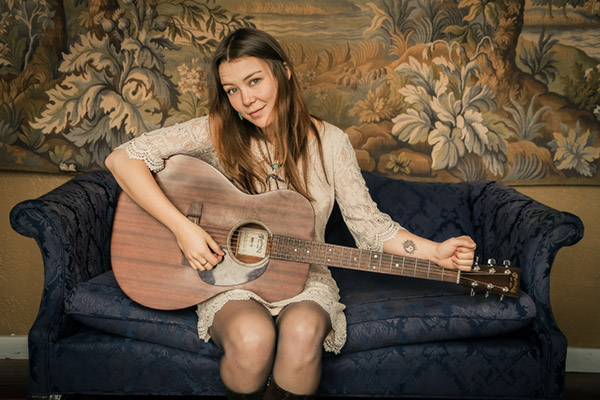 To set the mood while reading this article, why not listen to some of Sumi’s music here.

GUELPH — For folk singer, Annie Sumi, performing went from being her greatest joy to the career she wanted to pursue, in her first year of university.

Sumi won a contest through a student life program, which led to her opening a concert for Canadian singer/songwriter Lights, at her school, Nipissing University, in North Bay in 2011.

“It was really amazing, there was something like 600 people and it was kind of my first real show. Before that it was just open mics and a gig here and there,” Sumi tells Nikkei Voice in an interview. “It felt like one of the very first things that happened that made me want to pursue music as a career, before it had been my greatest joy, and I never imagined I could do it, or try to follow it as a path.”

Seven years later, Sumi’s journey, songwriting and successes have been recognized through a nomination for a Canadian Folk Music Award (CFMA), for best emerging artist on Sept. 20.

“With the release of her latest album, In the Unknown, this songwriter has brought colour and vision to the Canadian music scene. Her live performance is vulnerable; consistently inspiring the audience to feel something,” CFMA said in its nomination.

The nomination didn’t really hit Sumi until she saw her family, she says. Her grandfather told her how proud he was, and her father pointed out all of the incredible artists who were nominated for this award in the past, and how she is now included among them.

“It’s a real affirmation of the direction I am taking,” says Sumi. “It’s such an honour to be nominated for this award with people that I’ve looked up to my whole [career] that were also [nominated] this year and in the past.”

Included in Sumi’s category are folk duo, The Lifers, who Sumi toured with this summer.

“I’m also so excited because in the same category as me are some of my best friends in the music community,” says Sumi. 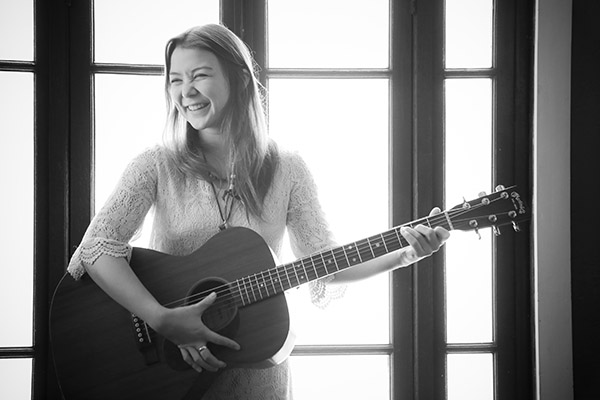 At the time of this interview, Sumi was in Guelph, where she is currently setting roots after a whirlwind  summer. Sumi spent the last couple of months touring across Canada and spots overseas. Her tour started with the Lifers in May and June, when they travelled around Eastern Canada, the Northeastern states, as well as Italy, Germany, Switzerland and Norway. This was followed by music festivals in Ontario for July and August and rounded out with a West Coast tour in September with Canadian folk singer/songwriter Tannis Slimmon. The summer included flying around the world, driving across Canada in her car, staying with friends, friends-of-friends, kind strangers, or even one night sleeping in her car in an RBC bank parking lot. It has been a real soul-searching adventure, laughs Sumi.

“It’s literally been five months of just go, go, go, go, and it’s only now sort of settling a little bit. It’s been wild,” she says.

Since graduating in 2015, Sumi has performed in over 300 shows across Canada and overseas. Audiences gravitate towards Sumi’s raw and honest performances and vulnerability on the stage, that creates a deep connection between performer and listener. 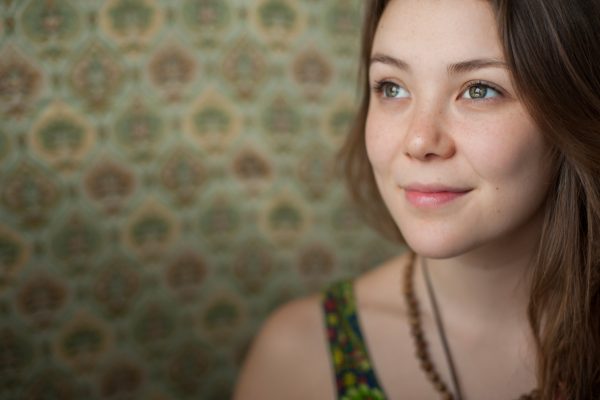 “When I play music, I’m just basically opening up my life and my heart and my eyes for people to feel and just hoping that it might strike a chord with them,” she explains. “I think that’s really the most important thing with music, it forces us to feel something, that’s my favourite part of music.”

Sumi explains she made a pact with herself, to always try her best to be 100 per cent present mentally during each performance and the people who have come out to her shows. As a result, people have expressed feeling a deep connection to Sumi, and the stories she shares in her songs.

“I love when people tell me that they’ve cried, I know it sounds bizarre, but to me that means that something that I sang moved them so much that they felt comfortable to cry in a public space,” says Sumi. “Music can bring that out of people, that is the biggest compliment that I could ever get.”

Poetic storytelling runs through Sumi’s veins, her great grandfather, Choichi Sumi, was a renowned haiku poet. Sumi’s songs cover stories that range from grounded, personal experiences, to stories inspired by people she has seen and met across Canada, as well as stories that come from a fantastical or dream world.

“I’m inspired by so many things, but ever since I was little, I loved when people would tell me stories. My grandfather would tell me tall tales and folklore and made up stories and my dad used to make up a bedtime story every night,” says Sumi.  “I’ve always been fascinated by the art of storytelling, and it’s something that’s sort of not as prevalent in our culture anymore and I think it has a really important place in understanding our existence.”

While travelling, and in everyday life, Sumi says people open up to her, and stories fall into her lap, which she lovingly turns into songs. 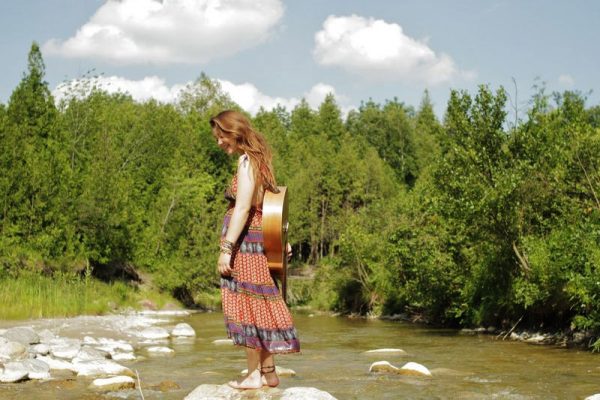 Two years ago, Sumi went on her own journey of self-discovery, visiting the West Coast and learning about her grandfather’s internment experience, first at Hastings Park and then Rosebery, near Slocan Valley.

“We kind of retraced his steps and he told us all these stories about when he was a child there, and it was so powerful for me. So recently I have been trying to study that time in Canadian history and find inspiration there, and specifically the inspiration of how a child is able to see these difficult things in a different way than anyone else is,” says Sumi.

The stories she collects and weaves into songs, cover life, love and loss, and strive to make the world a better place by creating connections between people.

“What I hope is that in some small way my music can inspire a deeper spiritual connection, whether that’s to other humans or to ourselves or to the earth or in prayer,” says Sumi. “That’s what I really want my music to do, whether or not it achieves that I don’t really know, but I really want people to be able feel safe exploring the depths when they listen to my music.”

The Canadian Folk Music Awards will be in Calgary, Nov. 30 to Dec. 1. Watch Annie Sumi’s video for “In Everything,” below. 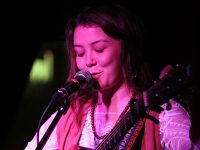 Indie-folk singer brings an angelic presence to her three-month tour of Ontario
May 17, 2016