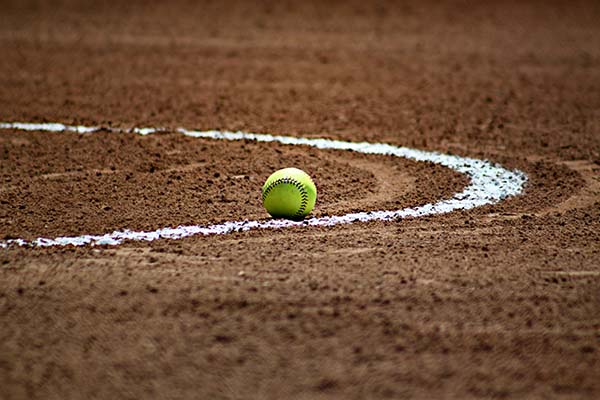 I sat on a bench at Maryvale Park to watch the last few innings of the 2015 slopitch season. One thing that quite impressed me was how these playing oldsters were so into it. Photo courtesy: Pixabay

Well, it’s time to sing ’Tis Autumn, my personal favourite about the season that says goodbye to summer and prepares for the cold cold winter.

I’ll never forget when Woody Herman’s version of ’Tis Autumn came out in the early 1940s. I liked it so much, the gentle melody and lyrics that are such fun. You know, starting with:
“Old Father Time checked so there’d be no doubt;
Called on the North Wind to come on out.
Then cupped his hands so proudly to shout
‘La-dee–dah, dee-la-dee-dah, ’Tis Autumn.’
“The trees say they’re tired, they’ve bourne so much fruit,
Charmed all the wayside there’s no dispute.
Now shedding leaves, they don’t give a hoot,
La-dedah, dee-la-dee-dah,’Tis Autumn.”
And so on.

The first autumn day this year —September 22nd — was a biggie for me. That pleasant morning I watched the last slopitch game of the season at Maryvale Park in Toronto East. It was played by two pickup teams of senior guys of whom I was one until recently. Starting in mid-May, we came out on Tuesday and Thursday mornings (weather permitting) to play softball the easy way. That is, not the so-called fastball that young players prefer, but the game in which pitchers throw slow high balls to give batters a chance to get a hit. Ideal for us in our seniority.

I was one of this Maryvale slopitch gang for 26 summers. Joined them the summer from my last fulltime job, teaching at Centennial College.

And for a 66-year-old retiree — whose favorite sport was baseball — it was a perfect pastime then, especially when one has all that time on his hands. And playing during my 70s and 80s meant getting regular exercise by throwing to the right place and hitting sharp singles where the fielders couldn’t reach them easily.

Most important of all, was the regular socializing. After getting to know each other on the diamond, we’d gather after the games at a nearby mall where coffee and cokes lubricated true stories and made-up ones. And, of course, we seriously discussed the ups and downs of the Blue Jays, or more accurately, “our” Blue Jays.

Well, the 2014 season turned out to be my last as a player. I only went out for a few games because it was also when Betty and I moved from our North York house to a condo in Etobicoke. In addition to the overly hot and humid days which I needed to skip, we had so many chores involved with the move that I couldn’t run over to the Maryvale Park with my cap, glove and softball spikes.

Then this past summer, I went out once in June and discovered while filling in as a catcher that I couldn’t toss the ball all the way back to the pitcher. Following which, in August at the annual family game, I found that unlike other nisei sibs younger than me, I couldn’t run around any longer in the sunny heat. So I sat in the nearby shade instead and joined the cheering on of the three generations of family members doing their stuff. Especially the very keen toddlers.

Several weeks later, on Autumn Equinox day, I sat on a bench at Maryvale Park to watch the last few innings of the 2015 slopitch season. One thing that quite impressed me then was how these playing oldsters were so into it that they cheered and yelled as things happened out on the field.

I was there because the final slopitch game of the season is always followed with a barbecue in the backyard of Harley’s home—he has been the chief organizer of the games for many years. He had kindly invited me and asked that I bring my harmonica.

So after the game, nearly 30 players were in the yard. A half dozen were new ones whom I was meeting for the first time. While I chatted with my friends to do some catching up.

Talked with Fred who is one of the three or four retired teachers in the gang. When we first met years ago he already knew the name “Moritsugu” because nephew John had been a pupil of his.

And with Aubrey, a solid left fielder, who told me about his family and his four grandchildren, two of whom (boy and girl) are here while the other two (also girl and boy) were in France. And he mentioned that his son had gotten tickets for the family to attend an upcoming Blue Jays game.

Another player, Bob, a quiet guy whom I knew slightly, mentioned on my arrival that he had brought his harmonica, too. So we discussed the tunes we might play together.

So we had our hamburgers and hot dogs and drinks (beer or soft stuff) Then came to the windup: So Bob and I played a few tunes naturally starting with Take Me Out to the Ballgame. Then Ron Brown, one of the retired teachers who has sung at past BBQs suggested we play a salute to Merle, Harley’s wife whose comfortable hospitality we were enjoying. So Bob and I played Let Me Call You Sweetheart while others sang along as smiling Merle stood near us.

On that special day I was tasting again the camaraderies with the slopitch gang that I was part of for so many warm-hearted years.

And although I can’t play anymore, I still mean to enjoy the slopitch games. That is, next season I’m planning to join the gang every now and then. To feel as good from being with them as Betty and I currently do while we socialize with fellow JC 5-pin bowlers at Rexdale or with those stalwart members of the Wynford Seniors Club.

And, to quote Betty on this part of our lives, “Like the old song says, People who need people are the luckiest in the world. I believe we all do.” So do I.