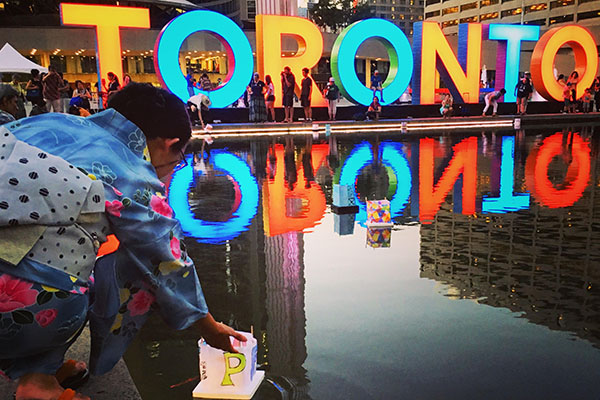 
Floating lanterns will be released in the reflecting pool during the Hiroshima Nagasaki commemoration.

TORONTO — This year’s Hiroshima Nagasaki Commemoration will highlight the catastrophic nuclear famine that would result if only one per cent of the 15,000 nuclear weapons still in existence were detonated in large cities today.

The commemoration will take place on Monday, Aug. 6 at the Toronto City Hall Peace Garden. The featured speakers invited by the Hiroshima Nagasaki Day Coalition (HNDC) will be Setsuko Thurlow and Ira Helfand.

The commemoration will explore the possibilities of nuclear famine if, for example, a nuclear war broke out between India and Pakistan. Immense nuclear firestorms in burning cities would create millions of tonnes of thick, black, radioactive smoke. This smoke would rise above cloud level and quickly surround and engulf the entire Earth.

The smoke would form a stratospheric smoke layer that would block sunlight from reaching the surface of Earth for about ten years. Warming sunlight would be blocked by the smoke layer and cause the Earth to rapidly cool. In a matter of days, ice age weather conditions would descend upon all peoples and nations. Prolonged cold, decreased sunlight and rainfall, and massive increases in harmful UV light would shorten or eliminate growing seasons for a decade or longer. Nuclear famine would result for the 800 million people already suffering from hunger and malnutrition and could cause up to a billion people to die of starvation. 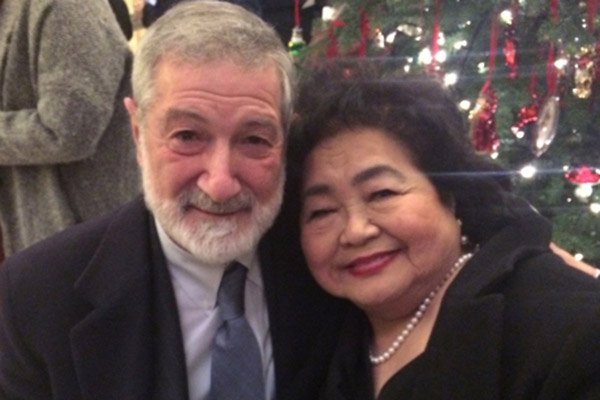 Dr. Helfand and Setsuko Thurlow will be the featured speakers at the Hiroshima Nagasaki Commemoration on Aug. 6. Photo credit: Anton Wagner.

Featured speakers at the Hiroshima Nagasaki Commemoration include Setsuko Thurlow, a member of the HNDC organizing committee, who accepted the Nobel Peace Prize on behalf of the International Campaign to Abolish Nuclear Weapons (ICAN) last December. Also speaking is Dr. Helfand is a member of the ICAN international steering group and co-president of the International Physicians for the Prevention of Nuclear War, the recipient of the 1985 Nobel Peace Prize. He is also co-founder and past president of Physicians for Social Responsibility, the group’s US affiliate.

The Aug. 6 commemoration begins at 6:30 and will also feature Japanese drummers, the Pax Christi Chorale, the Raging Grannies and Grammy nominated flutist and composer, Ron Korb, who will lead the audience to a lantern ceremony at the city hall’s reflecting pool. Mayor John Tory’s Toronto Peace Message and peace messages from Hiroshima and Nagasaki will also be presented. Community tables, origami, lantern-making, Shiatsu and face painting for children will start at 4:30. A poster display about Hiroshima and Nagasaki and nuclear weapons will be exhibited inside City Hall from Aug. 6 to 11.

The Hiroshima Nagasaki Day Coalition has been organizing Aug. 6 and 9 commemorations for over two decades and is seeking new volunteers to support its continuing efforts to abolish nuclear weapons. 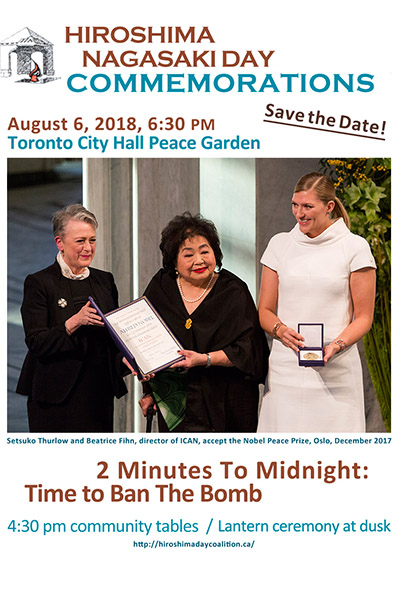