History meets hi-tech with East of the Rockies 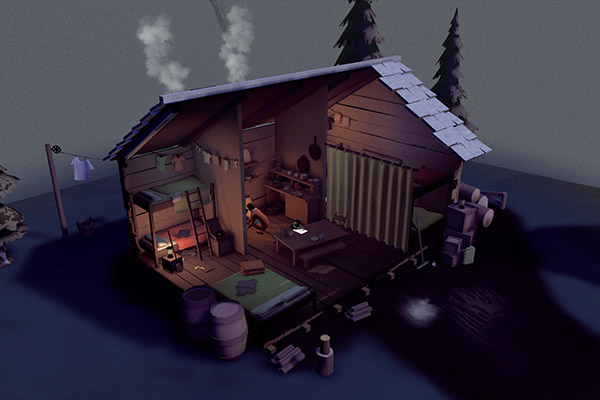 TORONTO — University of British Columbia student Anne Canute has fond memories of her grandmother encouraging her and her cousins to create and tell their own silly and funny stories as children.

Years later, Canute worked with her grandmother, activist and award-winning author Joy Kogawa, on a different kind of story. The two collaborated on the script for the new, experimental storytelling video game called East of the Rockies.

The app, which is a game that can be used on a smartphone, tells the fictional story of 17 year old Yuki, who is forced to leave her home for an internment camp during the Second World War. Inspired by Kogawa’s novels, Obasan and Itsuka, the story is told through Yuki’s journal entries and follows her life moving east of the Rockies, first to the Slocan internment camp, then to a sugar beet farm in Taber, Alta. and finally resettling in Ontario.

The app was created by design agency Jam3 and produced by the National Film Board of Canada. Using augmented reality (AR) technology, the Slocan internment camp unfolds right in front of players’ eyes. The app allows viewers to use their smartphones to learn about Japanese Canadian internment history and the years that followed. 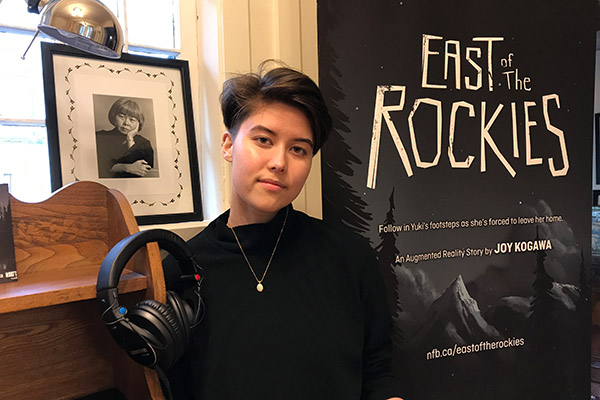 Digital storytelling and apps like East of the Rockies can be a powerful way to reach young people, because they use the technology that they already have, explains Canute.

“Kids these days always stuck on their phones,” she jokes. “With this kind of digital storytelling we can take these platforms and do something meaningful with it.”

For Canute, working on the app has become a way to reconnect to the Japanese Canadian community. Born in Canada, Canute grew up in Hawaii, but the Japanese Canadian experience has always been deeply tied to her identity. Now Canute lives in B.C. and studies at UBC, where she is taking the Asian Canadian Migration Studies minor program and has been able to connect with fellow Japanese Canadian youth.

“I think with a lot of Yonseis in general, there’s this desire to reconnect, but not knowing where to begin,” she says. “This feeling of wanting to know where you come from and wanting to know people who share this same experience as you and who are able to understand things about you, but not really knowing what that looks like or where to go for that.” 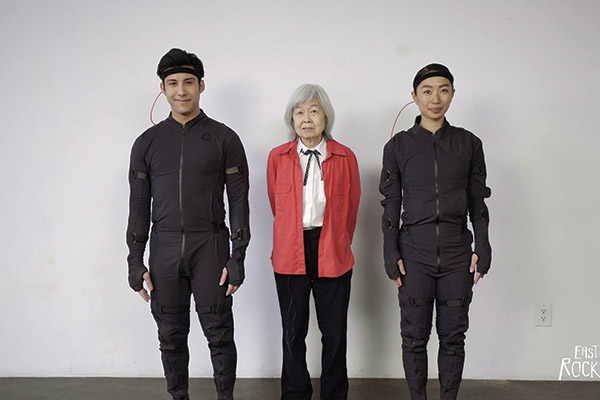 Joy Kogawa with the actors for the game. The actors were used to create the motion capture for the app. The actors would act out the physical motions and movements from the script, that the game developers then turned into the characters in the game. Photo credit: Jam3

Canute originally became involved with the project as a consultant for the script, but she went on to voice the character of Yuki in the game. Kogawa says she was thrilled and proud to be working with her granddaughter on the project.

“That’s the generation that is inheriting this story, and telling it and retelling it,” says Kogawa.

Working on this project was different than any other project Kogawa has ever done.

Kogawa says her writing process is usually slow; she likes to rework and play with her ideas until they are just right. This time, once her ideas were sent to the developers, they were then rendered and illustrated in the game, and it would be difficult to make any changes. Jumping into the unknown, she had to trust that it would turn out in the end. 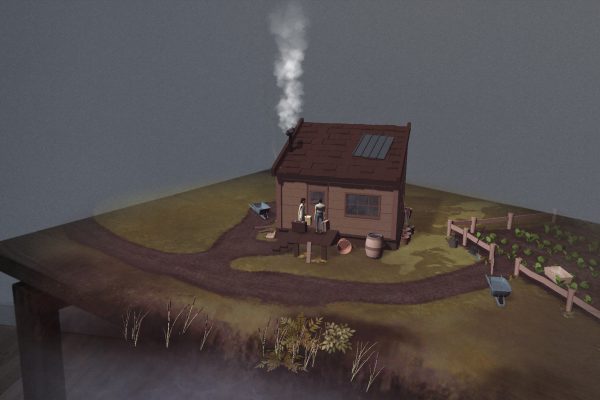 Still, the app aims to educate users on a dark period in Canadian history. It pushes Canadians to think about what happened and how to move forward. For Kogawa, an important message in the story was that of gratitude. One way she hopes that message is conveyed is through the inclusion of Anglican missionary Grace Tucker in the story, who supported the Japanese Canadian community during the evacuation and incarceration.

A member of the Order of Canada, even in her retirement, Tucker visited Japanese Canadians in hospitals and extended care facilities. 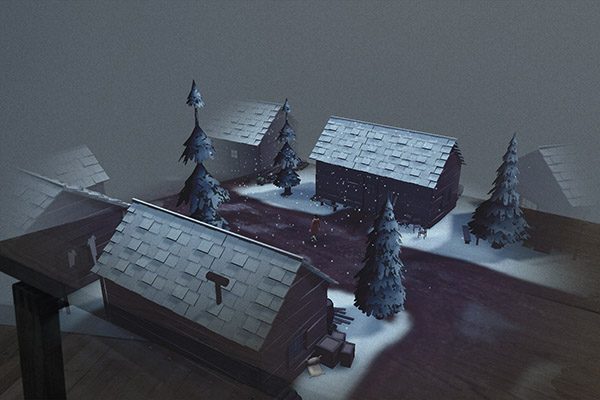 The app uses AR technology to allow users to explore and become immersed in the history and story. AR is technology that adds a digital feature to your physical reality when looking through your device. By looking at a table through the camera on your smartphone, the rows of shacks of Slocan will appear before your eyes. Users can move their phone around to see different angles of the shacks, bathhouse and main hall in Slocan. They can zoom in and out, tap and interact with different objects to learn more about them.

“What makes AR so interesting for people to view the content is that the content is in your physical world and it’s just easier to see what’s going on and get deeper into the story,” says Amelie Rosser, who was a creative developer on the app from Jam3.

Technology like this also allows the story to travel across oceans and country borders to reach people all around the world. After the game launched, Rosser saw a photo of children in a classroom in China trying the app in class.

“It’s just really relevant to what’s going on in the world right now and I think it’s just the perfect time to launch it,” says Rosser.

Canute adds to this, saying that by experiencing and following this story, people can gain a better understanding of what is happening in the world even today.

East of the Rockies is available for download on Apple’s App Store for $2.99 in English and French and playable on Apple iPhones and iPads (iOS 6 or newer)


[…] never beyond the familial experience. Working on the National Film Board of Canada’s project, East of the Rockies, last year with Kogawa sparked Canute’s interest in exploring the Japanese Canadian […]