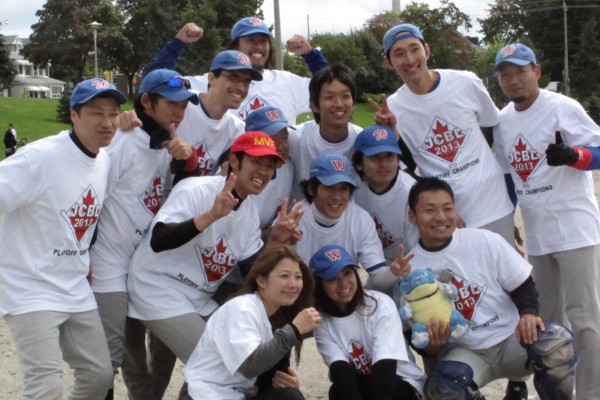 A 20-year-old pitcher from Fukuoka, Japan tossed a brilliant, one-hitter to lead his Warriors team to a 1-0 victory over Tanino in the championship game of the Japanese Canadian Sunday Baseball League.

Kento Takemoto, who’s in Toronto on a working holiday visa to study English conversation, out-pitched 23-year-old Dan Mukai, who kept the game tight by giving up only seven hits.

It was a heart-breaker for Mukai,  who formerly played with the elite Ontario Blue Jays team.  He kept the lid on for most of the game, but the Warriors finally broke through with a combination of timely hitting, hustle on the bases and tight team defence.

For his part, Takemoto was nearly unhittable.  He mixed an array of slow curves, changeups and accurate fastballs to keep the Tanino hitters off-balance.

And once again,  it appears Japanese-style baseball has won out  with its emphasis on superior baseball fundamentals.  Results over the last 10 years seem to bear that out.

Teams comprised mainly of Japanese Canadian and other Canadian players have not fared well in the seven-team league.  The sole exceptions have been Tanino, which reached the final for the first time since 1998, the Giants who were champs in 2009, and Asahi, which lost a heart-breaker 1-0 in the 2010 finale.

Japanese immigrant players, who come to Canada on working holiday visas to learn English, have given the Sunday league a much-needed spark.

In the 1950s and 1960s, the Sunday league was made up primarily of JC players.  The best players in the community were attracted to the league with its high caliber of “hardball” baseball.  At the time, there was only one team made up of Japanese immigrants.  It was the team sponsored by Nikko Gardens, at the time the most popular Japanese restaurant in Toronto.   But the team was not competitive.

That league folded after the 1964 season, but was resurrected in the late 1960s with a big difference.  The league was dominated by an increased number of Japan-born players, who suggested the use of the Japanese “nankyu” ball, a ball similar in size to the regular baseball, but made entirely of a rubber compound that didn’t go as far as a hardball.

It’s perfectly suited for Japan because Japanese sandlots are very small, owing to a scarcity of land, and needed a ball that doesn’t go as far as a regular hardball.

So visiting Japanese, who played high caliber hardball at high school or university in Japan,  find a familiar sight when they’re invited to join the weekend league.

Many young Japanese are happy to come here to learn English, but are ecstatic when they get away from the grind of study and have fun playing Sunday ball at the same time.

Now, the ijusha-based teams actually scout and recruit Japanese players who come to Toronto, because their skill and enthusiasm can help teams here.

Terry Lee, manager of the Giants, can testify to this.  He agreed to add a Japanese visa player this year, because he had an opening in his lineup.

“Kyohei Maki asked specifically to play for a multicultural team, rather than a Japanese team.  Originally, we had said no, because we thought that we had enough players, but right before the season started one of our players dropped out so we added him to our team,” he said.

“It turned out to be a very good move on our part, because Kyohei was a solid player who helped the overall team offense and defense.  I think he was worth at least one or two wins this season for the Giants,” he added.

But he cautions that, “it is still a little bit of luck of the draw that you get a good player who is on visa,” he said. 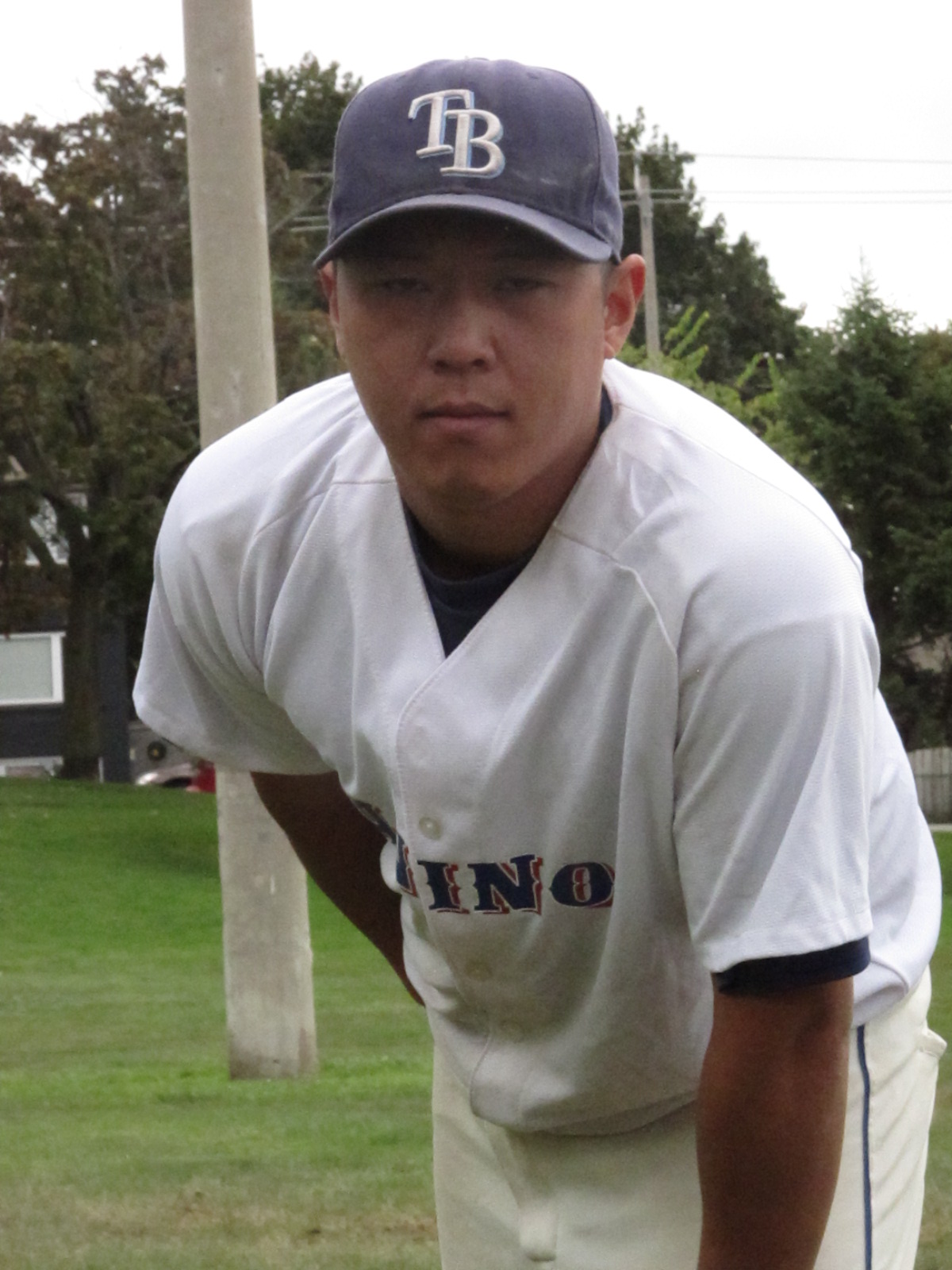 The Tigers, who won three straight championships up to 2012, ran into a roadblock this year, because their best pitcher, Tsukasa Murakoso, had to go back home to Japan.

The 27-year-old former pitcher for Meiji University in Tokyo dominated every game he pitched.  In the 2012 finale, he had a no-hitter going until the 5th inning.  He ended the game giving up two runs on four hits in a 6-2 victory over another ijusha team, the Whales.