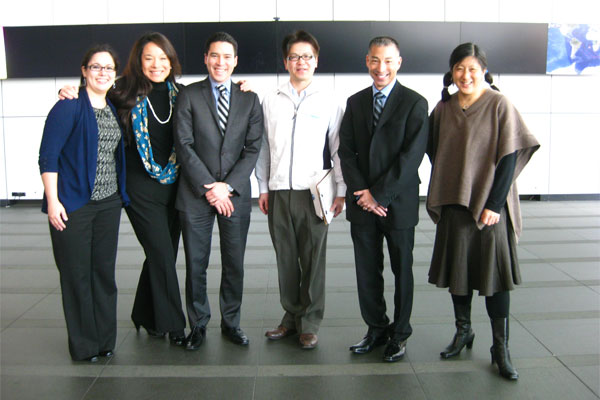 Members of the Japan Canada Leadership Program were handed the keys to the country, figuratively speaking.

The program is an initiative sponsored by the Government of Japan that builds stronger ties between Japan and Canada through engaging with active members in the Japanese Canadian community.

The current iteration of the program was in its early days when images of the 3.11 earthquake shocked the world. Canadians responded immediately to raise funds for the victims of the disaster. Largely directing funds to earthquake relief, various Japanese Canadians organizations helped Japan recover from this catastrophic event.

The group shared a mixed sense of pride and modesty when they were welcomed into the Donguri Anne Public Library and the Maple Leaf room of the Yuriage Public Market that were both constructed of wood donated by Canadian companies and supported by the Canadian government. 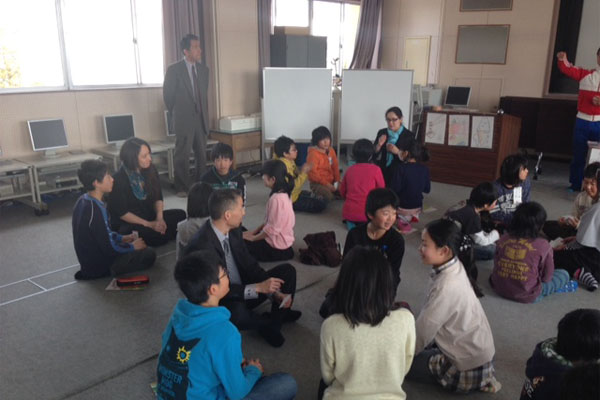 Working with students at the Masudanishi Elementary School in the City of Natori. “The students were having a lesson on how to say food names in English and our delegation was called to participate in the activities.” Keiko Marumo says. Photo courtesy: Jennifer Matsunaga

“Picture being given the golden key to a vast palace that you imagined as child.” Chris Hope, Lawyer, Yonsei, and board member of the Japanese Canadian Cultural Centre and Japanese American National Museum tell Nikkei Voice on his experiences in Japan.

“Not only does the magical world that you envisioned exist, but all of the people in it are absolutely happy to assist you in navigating it, regardless of their station in life,” he says.

“Beyond an itinerary that simply couldn’t have been more comprehensive, I was overwhelmed by the hospitality shown to us by everyone that we’ve encountered on this trip.  From taxi drivers to the highest ranking VIPs, the world could learn a lot from the collectivist nature of Japanese culture,” he adds.

Also on the delegation was Jason Kita, manager of Enterprise Team, city of Richmond and member of the Japanese Canadian Citizens’ Association in Vancouver.

“Thinking back to childhood, I remember some of the unusual things my Obaasan did in everyday life,” he says.

“On this trip I experienced a Japan with impeccably clean streets, learned the steps to pray for deceased loved ones at a Shinto altar, realized that timeliness is not a privilege but an obligation,” he adds. “The things my Obaasan did suddenly make sense.  The stories she told, her actions, her way of life.  Even if I don’t speak the language or practice all of the traditions, I feel a new sense of pride in my Japanese heritage,” he says.

“I was most struck by our visit to Masudanishi Elementary School in the City of Natori,” Keiko Marumo, a returning university student and member of the Edmonton Japanese Community Association, says.

“The students were having a lesson on how to say food names in English and our delegation was called to participate in the activities. The students were very enthusiastic and curious.  Knowing that we played a small part in their learning English is humbling; when we left, we were able to take away not just an understanding of the education system,” she adds.

Also on the delegation is Jennifer Matsunaga, a PhD candidate at Queens University and president of the Ottawa Japanese Community Association. 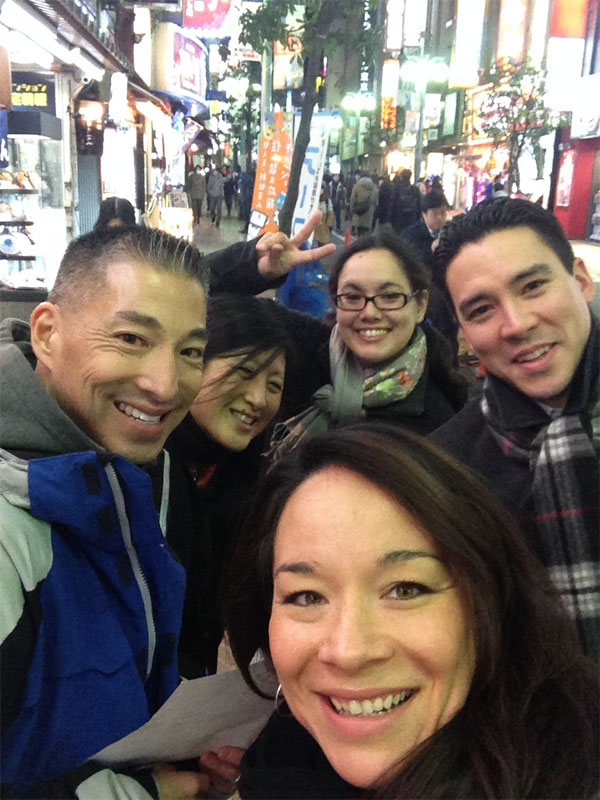 “As a person who grew up with little to no contact with other Japanese or Japanese Canadians, this trip provided me with an invaluable sense of connection. I felt ‘plugged in’ to Japan for the first time,” she says.

“One person I met on the trip kindly hand-wrote: ‘Welcome to your spiritual home’ on the business card he handed me. These few simple words encapsulated the complex feeling of connection I have felt with Japan since I was a child.  In some ways, this is a romantic notion of course, but in others, not at all.”

And the final member of the delegation is Kathy Shimizu, senior designer at Digital Sparks Media and past treasurer of the Powell Street Festival Society in Vancouver.

“This trip has provided an abundance of inspiration in one short week,” Shimizu says. “From seeing the extent of the tsunami devastation in Natori City and having the honour of meeting several of its survivors, to drumming on an odaiko at the Miyamoto Taiko Museum, this trip has filled me with a great sense of wonder.”

The delegation was in Japan from February 15th to February 23rd.

Thanks to the whole group for responding so quickly with their answers.