Kiyoshi Nagata reflects on his career and a new concert season 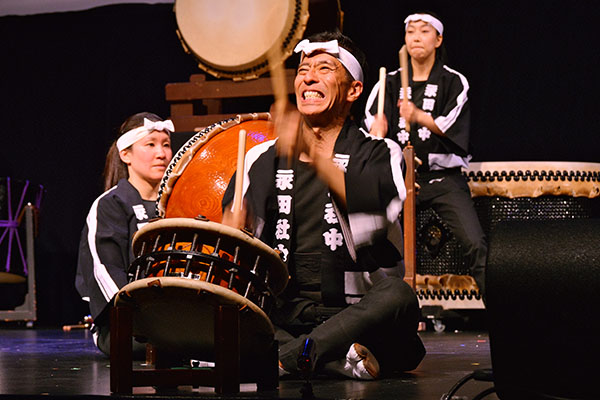 At 12 years-old, Kiyoshi Nagata, founder and artistic director of the taiko group, Nagata Shachu, was volunteering at a multicultural festival called ‘Caravan’, at the Japanese Canadian Cultural Centre in Toronto in 1981.

In the Tokyo pavilion, the Japanese taiko group, Osuwa Daiko, were invited to perform. It was here that young Nagata watched a taiko performance for the first time.

“I watched them perform throughout the week during the Caravan festival and I was just totally in awe, I had never seen anything like it,” Nagata says in an interview with Nikkei Voice. “I saw it and was just blown away with the physicality, you could feel the vibrations through your entire body.”

He points out that back then, it was rare to see a taiko performance in Canada, unlike now where every major city in Canada has a taiko group.

Following the enthusiasm of that performance, Osuwa Daiko’s headmaster, Daihachi Oguchi, was invited back to Toronto the next year to teach taiko and start the city’s first taiko group, Suwa Daiko, says Nagata. Nagata joined the group, and began his 35 year career.

Nagata continued in the taiko group for 10 years, and decided after finishing university that he wanted to pursue the taiko professionally. He studied with the Kodo drummers in Japan, apprenticing with them for a year before being offered a position in the group, which he says he graciously declined, wanting to come back to Toronto.

In Toronto, Nagata was a freelance taiko performer, and was approached by Rev. Grant Ikuta, who asked if he would be interested in starting a taiko group in the Buddhist Church. Together they co-founded Isshin Daiko, says Nagata.

Along with Isshin Daiko in Toronto, Nagata instructed Do-Kon in Burlington, before forming own his taiko troupe, Nagata Shachu, (“Shachu” is an old term for “performing troupe”) in 1998. 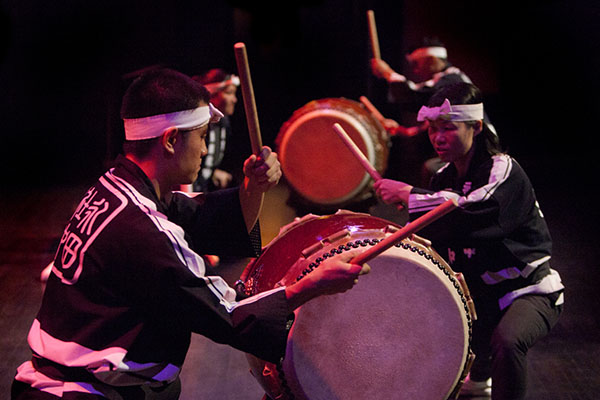 Nagata Shachu creates a heart-pounding sound, with high-energy performances that captivate their audiences. The ability to keep up that energy and entertain the crowd comes from Nagata Shachu’s performers’ genuine passion for taiko.

“I think that kind of energy, it really comes from the heart, everyone in the group has a passion for what we do and we’re just constantly trying to push ourselves beyond what we’re capable of doing,” says Nagata. “It has to be genuine, you can’t fake it.”

The Toronto-based group of seven has been creating music for 18 years at the end of this month, and is constantly pushing itself to create innovative and relevant music within an ancient art form, says Nagata.

“We’re continuing to compose new music and continuing to experiment and push ourselves in new directions and hopefully not get stale and try to be relevant for Canadian audience,” he says.

Over those 18 years, the group has created over 100 original pieces, recorded five CDs, and four DVDs as well as performing an annual concert seasons. One way Nagata Shachu tries to stay relevant is by inviting talented and diverse guests to their concert stage, says Nagata.

In Nagata Shachu’s first show of their concert season on Nov. 5, they will be joined with Shogo Yoshii from Japan. Shogo Yoshii is a highly-trained contemporary performer, who plays a wealth of traditional Japanese instruments.

“I think someone who’s playing a traditional instruments has to know a lot about the tradition first before they can start doing more contemporary modern music, so he really has a firm understanding of traditional music,” says Nagata. “But he’s not bound by it, he goes off in all sorts of directions.” 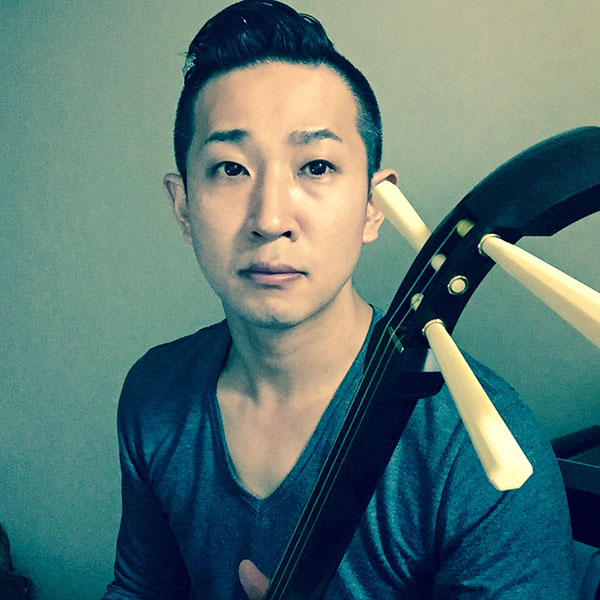 Yoshii is a former member of the highly-renowned taiko group, Kodo, which is the group Nagata apprenticed with in Japan. Yoshii apprenticed with the group in 2003, and became a member in 2007. He went on to be a musical director, as well as composing his own pieces.

“He’s accomplished so much at such a young age, and has such a wealth of experience, I know we’re going to learn a lot from him,” says Nagata.

As well as playing a handful of different traditional instruments, Nagata says audiences will be in for a treat when Yoshii plays the kokyu, which is a Japanese violin. While taiko audiences may have heard and seen other Japanese string instruments like the shamisen and koto, they may not have seen the kokyu performed, as it is a little rare, says Nagata.

This year’s concert season is called, ‘Taiko Tales’ which is also the of the group’s newest DVD, which will be released coinciding with the group’s second concert in the season in April. Unlike the group’s previous DVDs, which are films of their live performances, this DVD was filmed in a studio. Nagata says the group decided to try this to give audiences a new view of their performances.

“When you see a live performance, depending on where you’re seated you only see one viewpoint, if you’re far back you can’t see facial expressions, or if you are close up you can’t see the whole stage,” says Nagata.

Filming in the studio in comparison to a live concert allowed the group to perfect their performances and make sure the sound was just right. Shot simultaneously on four cameras to give different perspectives, the production used multiple microphones to create a higher quality sound.

“Sometimes we push ourselves really hard in practice, if we can go 120 per cent in practice, in performance we’ll be really happy if we can give 100 per cent because of nerves and all the other stuff,” says Nagata. “You have to kind of push yourself kind of beyond what you think you’re capable of doing, but it all comes from passion.”

Nagata Shachu’s first concert in the Taiko Tales concert series takes place on Nov. 5 at the Japanese Canadian Cultural Centre in Toronto, where Nagata’s love of taiko first began (not quite the same building of course). The Taiko Tales DVD will be released in April.

Watch the video below for a preview to Nagata Shachu’s upcoming season.