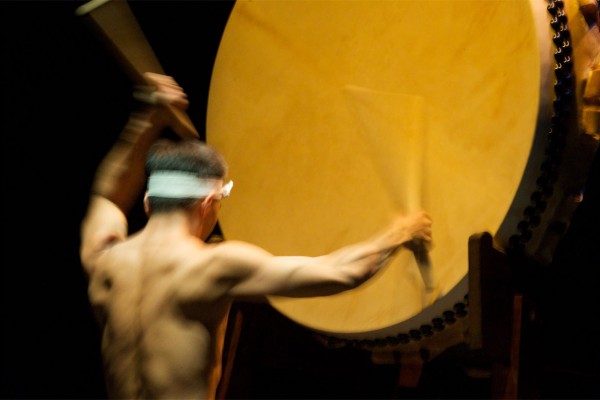 At the end of November, taiko drumming group Nagata Shachu celebrated their 15th anniversary with a two-night performance at the Enwave Theatre in Toronto.

The taiko group has lived through the last decade and a half in constant transition through touring across North America and constantly changing their style.

Nikkei Voice sat down to speak with founder Kiyoshi Nagata.

Nikkei Voice: How did Nagata Shachu get started?

Kiyoshi Nagata: We started in 1998, and prior to that I had been performing taiko for about fifteen or sixteen years before that. I had moved to Japan and studied there, and I came back to Toronto in 1994 and I started freelancing and writing my own music. I recorded my own CD playing all of the taiko parts and then people were asking me to perform these songs, but I didn’t have a group to perform them with. I basically started up a group so I would be able to perform my own songs. I got a lot of my members from students I taught and I still teach at the University of Toronto and also a group at the Toronto Buddhist Church called Isshin Daiko that I helped to start up. We’ve been going strong ever since.

NV: This year is your 15th anniversary, so what’s changed over the years?

KN: A lot has changed. When we first started, we were a very small group performing little shows with a little repertoire. Over the years, some members have left and we brought new members in. People came in that gave input to the artistic direction to the group. Our performances got better and more creative, and our audience base got larger as well. The size and the scope of the performances we did also got bigger. Just to give you a comparison, our first concert in 1998 was at a place called the Music Gallery, which holds about 100 people. Now we are doing two nights at a 400-seat theatre.

NV: In terms of the CDs that you have released, what’s new with your upcoming release Hymus Road?

KN: The very first CD, which I recorded on my own, was done on analogue tape. You know those big reels of tape? Basically, if you wanted to do a second take of a part you’re recording over the first take, so you don’t get to keep all of the different takes. And a big roll of tape cost about two hundred dollars. And that was at a professional studio, and in those days you were looking at thousands of dollars in production. Now with technology and the digital age, we were able to record the whole CD out of our studio with recording software and we had the luxury of doing as many takes and experimenting as much as we wanted. The sound quality is better and the performances are better. As we grew the composition and how we performed is better.  There’s a bigger difference in the quality of what we’ve been putting out. 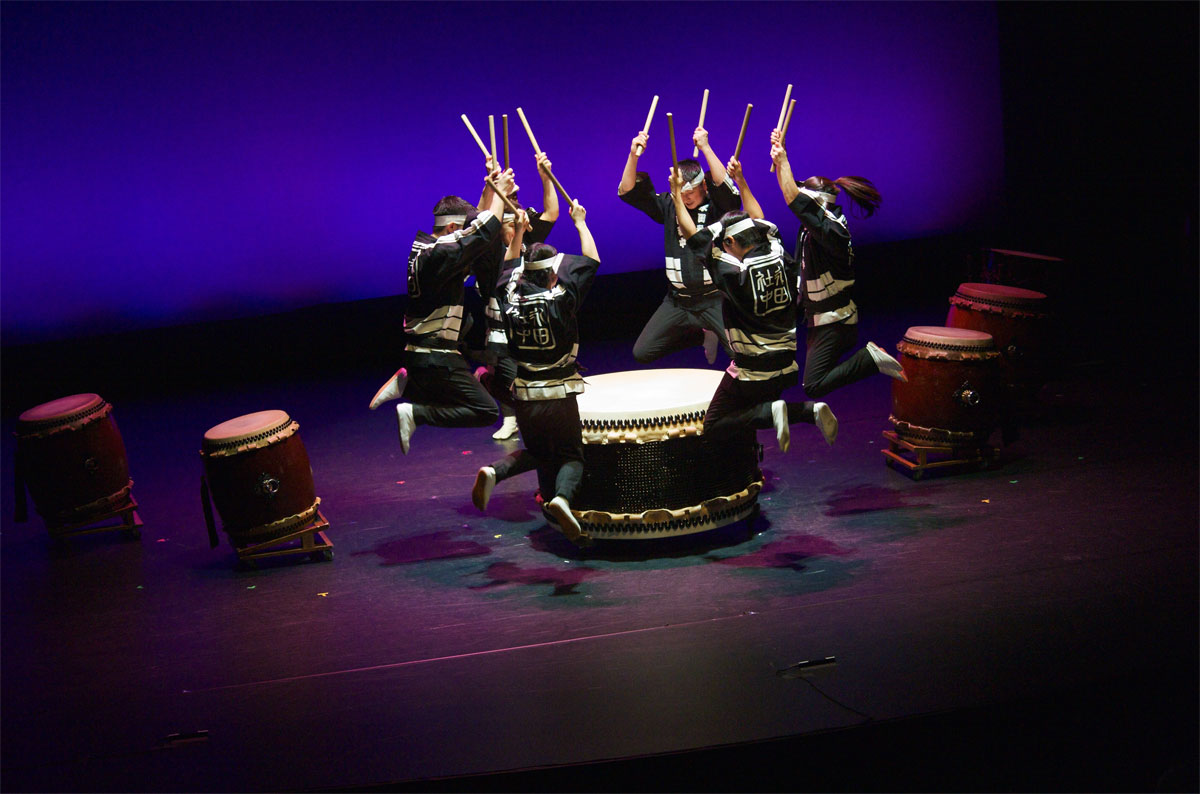 NV: What’s been a highlight of Nagata Shachu’s performances?

KN: We’ve had a lot of cool highlights. We’ve toured the States quite often and we get really well received, and sometimes we play in venues with one thousand to two thousand seats, which is really cool. We keep to our roots and we play events like the JCCC dinner or weddings, or Bar Mitzvah, so we do all sorts of activities, but they are all good for us because it’s about playing the taiko and spreading our music to as many people as we can.

NV: You are someone who is deeply embedded in taiko and have been playing since 1982, so how have things changed in the music scene since then?

KN: There’s a whole generation of young taiko drummers, and especially in the States they are in their teens and there are a lot of colleges in the States, that have their own taiko groups. They are doing all sorts of very… well, something I’d never do like hip-hop taiko and playing taiko with DJs, but that’s the cool thing about taiko because it’s continuing to evolve. As the younger generations are springing up, they are incorporating taiko with things that they are interested in. For better or for worse, I don’t know, but it has changed a lot since the days when I started. When I started, taiko used to be a lot more about preserving tradition and now it seems like anything goes. 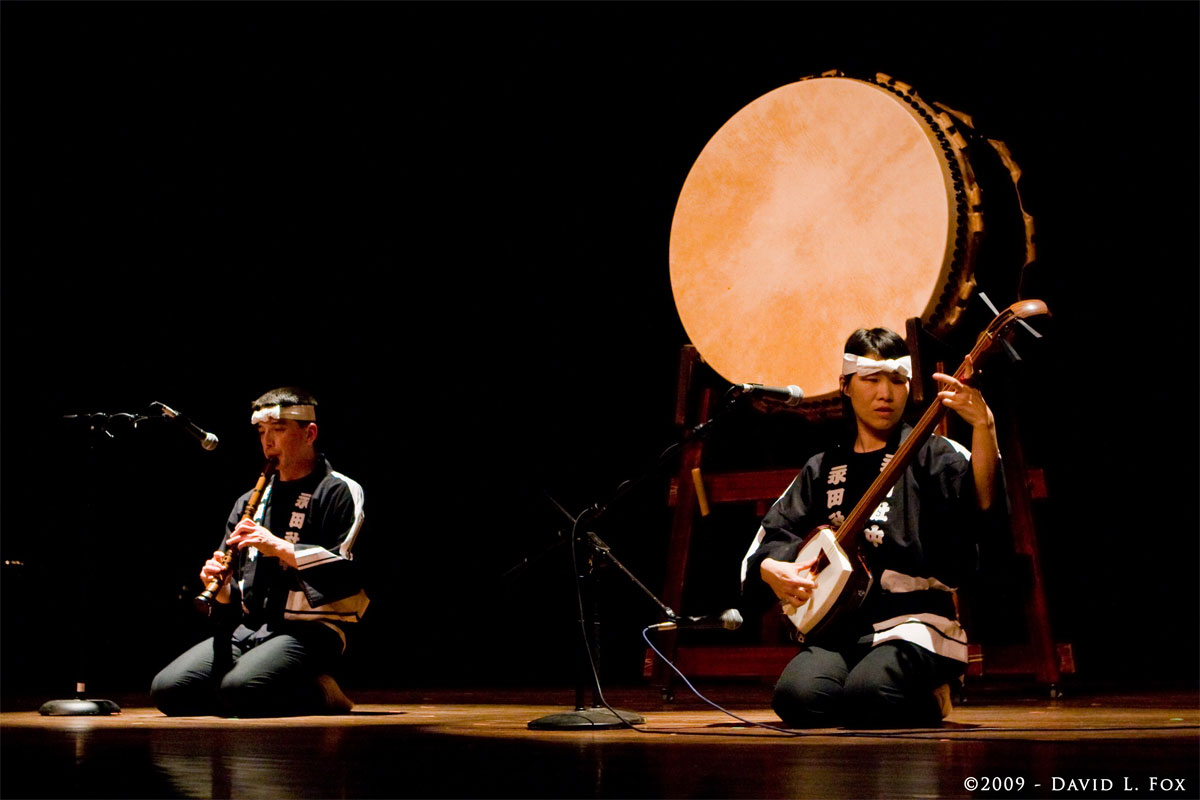 NV: What do people look forward to at your performances?

KN: It’s a brand new production and every year it’s a totally different show. If you saw our group perform last year at the Enwave Theatre, this year it’s going to be a totally different thing. This is why we have our supporters coming back every year since they know it won’t be the same as the last. That also means we are going to be premiering many new works. This year there are going to be five totally new world premieres and each member has composed a piece. It’s very challenging for us to compose five new pieces to an audience for the first time. That’s our challenge at these annual concerts to premier new works.

NV: It sounds like it will be a very personal performance.

KN: Oh yeah, it’s the first time each member has contributed a piece. You get to see the character of each member and their style.

NV: For you, what’s the essence of taiko drumming?

KN: There are a lot of things. I guess for me, a long time ago the taiko was a symbol of bringing people together. There would be a taiko set up in the village and it would be used to call people for gatherings, or you could play the taiko to determine the boundaries of the village. The taiko in Japan has always been a symbol of the community and bringing people together. When we perform ideally it brings people closer together and you don’t need to be able to speak a language to understand taiko. In our concerts, we all feel like we’re part of something together.


[…] Daiko in Toronto, Nagata instructed Do-Kon in Burlington, before forming own his taiko troupe, Nagata Shachu, (“Shachu” is an old term for “performing troupe”) in […]