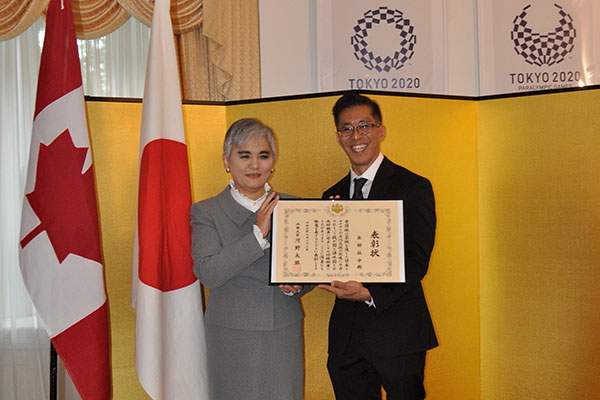 The group has composed over 100 original songs, performed yearly concert series and toured around the world. Also focusing on educational outreach, the group has been teaching taiko to anyone willing to listen, from visiting schools to teaching courses at the Royal Conservatory of Music.

The group performs three concerts a year in their annual concert series. They also perform at cultural, community and business events year round. Like Arts in the Park, from the Toronto Arts Foundation, which are a series of free outdoor summer concerts in Scarborough, Etobicoke and North York. 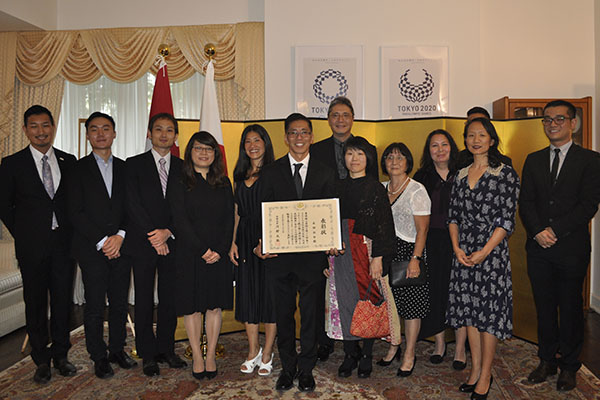 The current members, plus some former members and board of directors of Nagata Shachu during the conferment ceremony on Sept. 12.

Recognizing their tireless work to promote, preserve and reinvent taiko, Nagata Shachu was conferred the Foreign Minister’s commendation by Consul-General of Japan Takako Ito at her residence in Toronto on Sept. 12.

“I have been in Toronto for less two years, but I can’t remember how many times I have been impressed by the performances of Nagata Shachu since my arrival,” said Consul-General Ito in her conferment speech. “Be it in the concert halls, opening ceremonies of Japan-related cultural or business events or other cultural events in which Nagata Shachu represented Japan.”

The group’s concert series and educational outreach have shown audiences that taiko can be more than just traditional Japanese drumming. Through collaborations with a range of artists, a from traditional shamisen player, to DRUMHAND, a New Orleans-inspired jazz band and The American Rogues, a Celtic rock band, the potential for taiko is endless.

In the group’s premiere show last year, Rhythm, Stories, Movement, the group explored storytelling through three mediums, taiko, oral storytelling and contemporary dance. Creating a moving and powerful performance, each art style built off and collaborated together for one cohesive performance.

“Through the mesmerizing beat of taiko drums, they have demonstrated in extremely positive and accessible ways, how Japanese culture values beauty, harmony, dedication and respect for tradition,” said Consul-General Ito. “The energy and passion for performances directly vibrate the hearts of the audience and they have showcased these aspects of Japan to wide variety of Canadian audiences.”

At the heart of the group’s growth and success over all these years are its performers, said Nagata Shachu founder and artistic director, Kiyoshi Nagata. 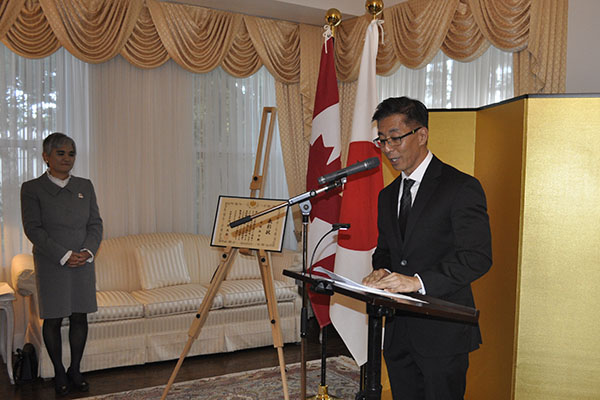 “The performers have given so much of their time and commitment in pursuit of a common vision,” said Kiyoshi, while accepting the commendation. “These passionate and talented artists and composers are the foundation of Nagata Shachu and each has contributed something incredibly unique and valuable to the ensemble. This award, first and foremost, recognizes the hard work and dedication of these performers, past and present.”

Currently composed of six members, performing alongside Kiyoshi are Aki Takahashi, Tony Nguyen, Jason Huang, Naoya Kobayashi and Andrew Siu. Over the years, 17 members have circulated through the group and currently the troupe is apprenticing two new members. 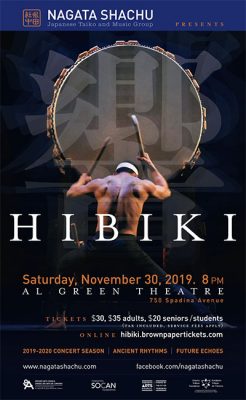 Through workshops and performances, and a three year grant from the Ontario Trillium Foundation, the troupe has reached over 10,000 students in the Toronto and GTA, mostly in priority neighbourhoods, encouraging music, movement, dance and cultural understanding through taiko.

Also through a grant from the Canada Council of Arts, the group is look to reach even more people digitally. Through haptic technology (technology that simulates the experience of touch through vibrations and movement) and virtual reality, this new initiative will reach people unable to attend live performances and allow them to experience taiko viscerally.

“We hope to continue to promote cultural exchange through art, between Japan and Canada, and make you proud for the years to come,” said Kiyoshi.

Nagata Shachu launches its new concert season with Hibiki, on Nov. 30 at Al Green Theatre in Toronto. A dramatic presentation, includes a collection of rarely performed works by the group. Tickets are on sale now: www.hibiki.brownpapertickets.com.

Artist Randall Okita pieces together grandfather’s past in “The Book of Distance”
November 18, 2020 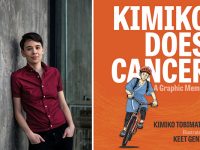 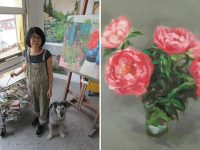 
Like!! Really appreciate you sharing this blog post.Really thank you! Keep writing.