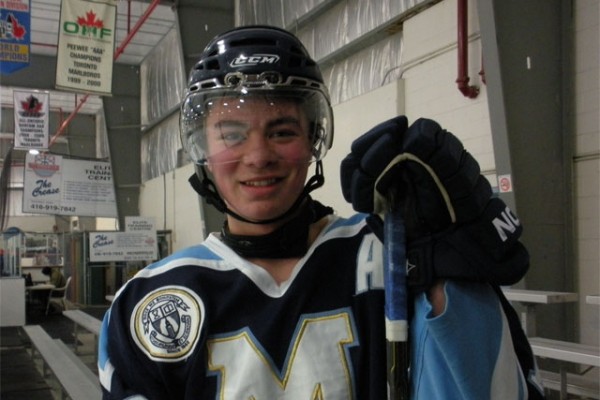 Arashi will have new coaches and returning veterans to their lineup as they prepare for the annual Canadian Multicultural Hockey Championships in Toronto Dec. 27 to 30.

Defencemen Lorne Hunchuk and Adrian Sakamoto will be taking over as co-coaches of the Japanese Canadian team, replacing Bob Fukumoto, who announced his retirement a month before the holiday tournament.

Steve Giuliani, Sakamoto’s father-in-law, will be taking on the new responsibility as the Arashi bench coach.  He brings a wealth of playing experience to the position.  He played at Cornell University in 1970, when the team won the national championship on the only undefeated team in NCAA history at 29-0.

He was voted to 1st team All Tournament selection that year.

“He has attended all of our games in the past and definitely understands our team’s strengths and weaknesses,” said Arashi manager, Wayne Yamashita, in the team announcement.

“Steve will work with Adrian and Lorne on what is required of him,” said Yamashita.

Giuliani’s debut will be helped immensely by the return of Brent Tamane and Tommy Sumi Jr. to the Arashi lineup.  They played with the team in past tournaments and were fast-skating, scoring stars when they were in the lineup.

After an impressive career playing with the Tier 2 junior Wexford Raiders, Tamane was offered a hockey scholarship to play with Division 1 Mercyhurst College.  But after one season with them, he transferred to Division 3 Newmann College, where he played three seasons.

For the last two years after graduation, Tamane has played professional hockey in the Federal Hockey League and the Southern Professional Hockey League.  He cut short his season this year and returned home, after enduring a prolonged bout of illness. 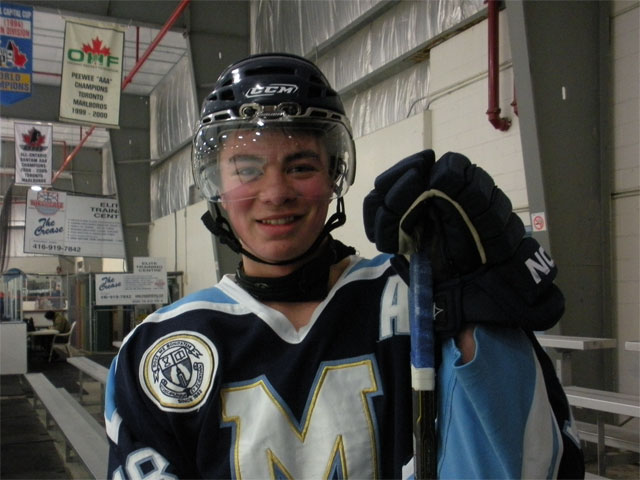 Sumi Jr. is home on holiday, taking a break from playing with Division 3 Elmira College on a hockey scholarship. Photo courtesy: Mel Tsuji

Sumi Jr. is home on holiday, taking a break from playing with Division 3 Elmira College on a hockey scholarship.  He’s in his 2nd year with the New York state school, after a long junior career in Toronto.

The addition of Tamane and Sumi Jr. should provide Arashi with its strongest lineup ever.  Many of its players now have solid junior backgrounds, a necessity in the very competitive multicultural tournament. 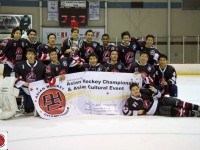