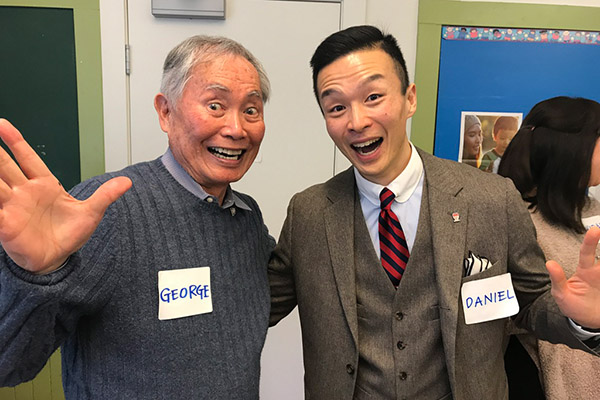 VANCOUVER — On March 11, George Takei and his husband, Brad, were welcomed to the Vancouver Japanese Language School and Japanese Hall (VJLS-JH) with a community reception. Takei was in Vancouver filming the second season of AMC’s horror anthology television series, The Terror. 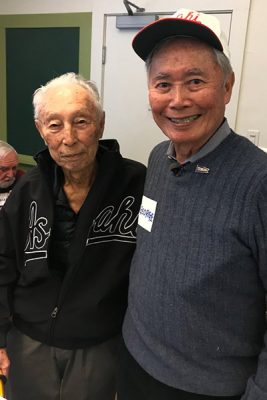 Takei is an advocate for heritage preservation in the U.S. and he was impressed with the high level of economic and cultural capital it took to build the glorious buildings like the Tamura Building (on corner of Powell and Gore), the Maikawa Building (formerly the Maikawa Department Store) and the school’s 1928 Heritage Building. He was especially impressed with the remarkable rehabilitation by the Vancouver Japanese Canadian community to transform the Heritage Building into such a beautiful, licensed childcare facility, the Children’s World Childcare Centre. 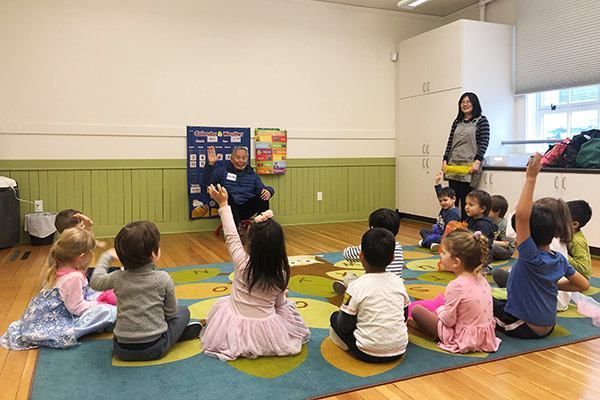 After the walking tour, Takei was welcomed by many VJLS-JH senior alumni and community members with a community reception potluck lunch.

Takei is most known for his role as Hikaru Sulu in the original Star Trek series. One of the first Asian actors to break into mainstream Hollywood, he opened many doors for actors, of all visible minorities.  Takei has been a tireless activist for the education of social justice and human rights.

To meet such a star and pioneer who helped open the doors for many was indeed an honour. At the same time, Takei was down-to-earth and humble and so grateful to everyone who came to welcome him.

Here are some impressions of those who attended the community reception: 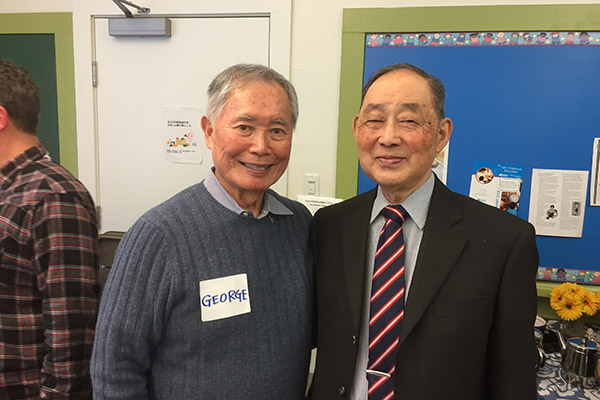 “I was very privileged and felt honoured to present the gift from the Japanese school to him.   That I got to speak to a famous Japanese American Sansei, I didn’t know much about him being a social activist. I really enjoyed chatting with Brad, George’s husband. I was 10 when the war broke out, and I know about what I experienced [during] the internment [in Canada]. I’ve read two books about the Japanese American internment, so I appreciated what he went through and his efforts to educate history. Before I die, I want to talk to as many students as I can. For me, it’s about education too.” 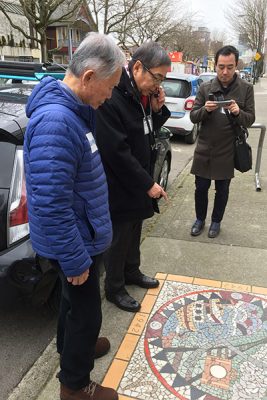 “I had the opportunity to be the Japantown tour guide for George Takei. I found him to be engaging and passionate in his approach. He showed a keen interest in Japanese Canadian history and recognized the many parallels with the Japanese American experience. George was warmly welcomed by our community, and he seemed genuinely touched by his reception. With what he has achieved as an activist and as an actor, we can look up to George Takei as a role model and Nikkei hero.”

Louis Horii, 83 and Nobby Ishikawa, 83 (both interned in East Lillooet).

“George and Brad were pleasant. They treated us as friends and we didn’t feel like we were with a celebrity. When driving him back to his hotel, George appeared to know his way around Vancouver and seemed to know about our selection of restaurants.”

“George Takei is a pop culture icon and legend, not someone you ever expect to meet. I was impressed with his generosity and patience, his warmth and kindness, and his genuine interest in the community. It was an honour for our family to spend some time with him.”

“It was an honour to have such an illustrious person, known to many generations as Sulu, come to the hall to find out more about local Japanese Canadian history. He showed a genuine interest in the content that was included in the guided tour, and was so gracious when meeting members of the community who attended the reception afterwards. He must have been very engaged, as he posted about his tour experience on Instagram—best of all, we did the happy dance together!”