Play offers a snapshot of one man’s extraordinary life 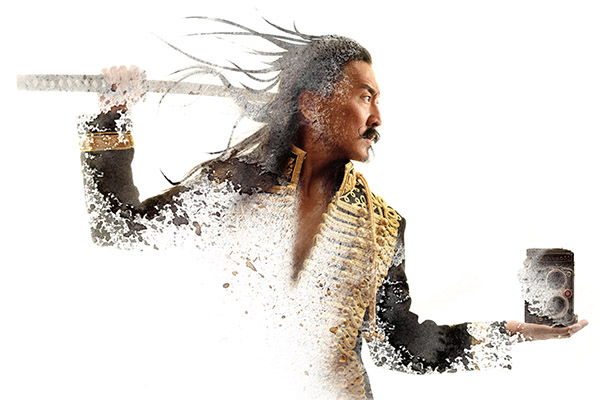 VANCOUVER — When Tetsuro Shigematsu first found a photo mug advertising his friend’s father’s one-hour photo finishing store, he thought he had found a great idea for a new play. What he really did end up finding was a story much more interesting and complex which he turned into his new play, One-Hour Photo.

Shigematsu, a former CBC broadcaster-turned playwright and actor, made waves with his first one-man show, Empire of the Son. In this play, Shigematsu dove deep into his distanced and rocky relationship with his late father.

The production from The Cultch (Vancouver Asian Canadian Theatre) received critical praise and continues to tour with Shigematsu across Canada, from Vancouver to Montreal, Toronto, Ottawa and Prince Edward County, with plans to run in Calgary, Edmonton and St. Johns.

While looking for his next story, Shigematsu began to interview Mas Yamamoto, the father of his producer of Empire of the Son, with the intention of writing a story about the one-hour photo finishing store he ran in North Vancouver during the 80s.

“When I began interviewing Mas, there were other aspects to his life story that I found really engrossing, so it ended up being about the entirety of his life, beginning with internment at Lemon Creek through his many other career incarnations as well,” Shigematsu tells the Nikkei Voice in an interview.

Shigematsu used his skills as a broadcaster to make high-quality recordings of his talks with Mas that are played during the performance. Similar to Empire of the Son, One-Hour Photo will be a multimedia performance.

“For me interviewing someone with a microphone, and conversation is a very natural thing,” explains Shigematsu. “We always scheduled an hour on Mondays, but we always went over, by much longer. And for me, I found it really transporting listening to him, like I was watching a movie.”

The conversations turned into a weekly affair Shigematsu would call ‘Mondays with Mas.’

Along with these recordings are old photos Shigematsu found of Mas taken by his first love, whose family had donated her old photos to the Canadian War Museum in Ottawa post-humorously. Also included in the play is an old 8mm recording of Lemon Creek, filmed by one of its internees. Watching this footage made the hair stand-up on the back of his neck, says Shigematsu.

“The reason that I think Mas’ story is interesting as well, his personal life, his biography, intersects in interesting ways through the major currents of the 20th century, from WWII, the Cold War, the roaring 80s, he seems to have been right the centre of all those spheres.”

Shigematsu explores Mas’ story from being interned at Lemon Creek during the war as a teenager, to spending a year in the Arctic building the Distant Early Warning Line for missiles from the Soviet Union during the Cold War to running a photo finishing shop in Vancouver during the 80s. 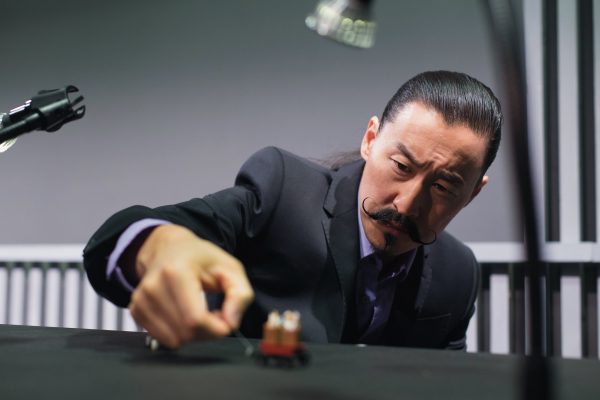 Tetsuro Shigematsu during his critically-acclaimed performance of ‘Empire of the Son’, which continues to tour since it’s opening in November of 2015. Photo credit: Kayla Isomura.

Before turning to the world of theatre, Shigematsu worked as a broadcaster for the CBC. As the host of The Roundup he became the first person-of-colour to host a daily national radio program in Canada when he took over for Bill Richardson in 2004.

While he really enjoyed his time at the CBC, Shigematsu says he reached a point where he felt there was not much left he wanted to experience as a broadcaster.

“For me, once it ceases to be exciting, then I felt like I wanted to move on, and I started to fall back into theatre,” explains Shigematsu.

After performing a monologue on CBC radio, Shigematsu knew he wanted to return to his interest in theatre. He moved back to Vancouver and joined the Vancouver East Asian Theatre first as a volunteer, then board member and eventually president, where he hired Donna Yamamoto, Mas’ daughter, as artistic director.

One of the initial challenges Shigematsu faced was convincing Mas that his story was worth sharing, and something people would want to see.

Shigematsu explained to Mas, who is 90 years-old now, the importance of sharing his story now. Mas was a teenager during internment, and is becoming one of the few people who can remember what happened during the war.

“If we don’t hear these stories now, then it’s sort of like a library burning down,” says Shigematsu.

Shigematsu also emphasizes that unfortunately the story of internment, although 75 years ago, is becoming more and more relevant in real world issues today.

People who come and see Mas’ story, may see parallels in their own lives and experiences or that of their parents.

“I think if his life exemplifies anything, it’s that you can’t confront hardship and handicap and disadvantage again and again, but with time and by being optimistic, and I think that spirit of resilience, it can all turn out really well in the end,” says Shigematsu.

“I think when he looks back at his life, he’s quite proud of the many lifetimes he’s lived.”

One Hour Photo, presented by The Cultch (Vancouver Asian Canadian Theatre) runs from October 3 to 15 at Historic Theatre. For more information visit: