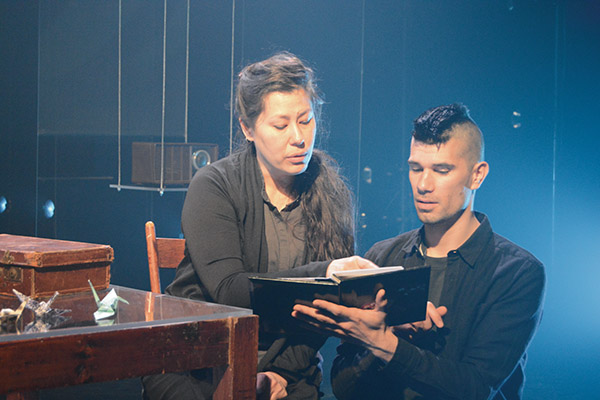 They discovered both of their families were interned in Tashme and had a desire to share that story.

The first version of the play was presented at Vancouver’s Powell Street Festival in the summer of 2011. Over the past eight years, they have performed The Tashme Project across Canada, in Vancouver, Burnaby, Hamilton, Toronto, Belleville, Ottawa and Montreal. The play has continued to develop and evolve between productions. Miwa and Manning are now preparing for the play’s national tour of the most recent version, starting in Montreal this November.

The two began the project by interviewing 15 Niseis interned in Tashme, starting with their own families and then renting a car and driving from Montreal to Ottawa, Toronto and Hamilton. 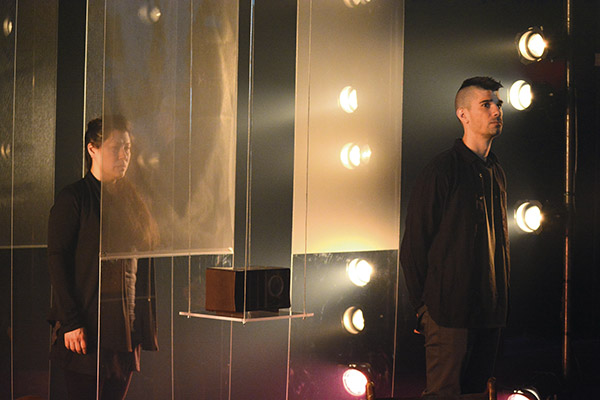 In the beginning, they were unsure where to start and what kinds of questions to ask. Familiar with the history, but not the specifics, Miwa says often when they began to ask questions people were quite guarded.

Once Niseis began to share their stories, it was like a dam had been broken, and the stories and memories began flowing out, says Manning.

“They were very reserved, but by the end of the interview it was like they had become different people,” she says.

“I think that having someone ask them, and listen to them and actually spend a couple of hours [listening to their stories gave them a voice].”

The Tashme Project is a verbatim play, meaning all of the dialogue is composed nearly word-for-word from Manning and Miwa’s interviews with Niseis. As a result, the play is a raw, authentic portrayal of 35 Niseis’ experiences in Tashme. Using the Niseis’ own words, Manning says they share their joys, triumphs, hardships and tragedies. During their last workshop this summer, while performing one woman’s story, Manning says she could hear the woman’s voice coming out of her.

“It was really wild to feel her spirit. I felt like I really sounded like her, and I stopped, and I started crying,” explains Manning. “I heard her survival, I heard her survival techniques, those moments as children, where they see their parents sacrificing and they go, ‘That’s what they did for us’,” she says.

“I have never done anything in theatre like this, because we had such a personal connection to the material and to be able to share it doesn’t feel like regular theatre to me,” adds Miwa.

Over the last eight years, they have collected nearly 100 hours of interviews from over 35 Niseis. The play has evolved and grown from the two reading Niseis’ stories, to a multimedia production with a complete narrative story and 20 different characters.

In 2015 they worked with director, Mieko Ouchi, who helped with theatrical blocking, and encouraged the two to put their own voices into the play. As a result, their reflections as a Sansei and Yonsei injected into the play, give a perspective removed from the initial trauma, showing the lasting impact that reverberates through generations.

Since 2015, Manning and Miwa also worked with a movement coach, teaching them how to shift in and out of each character, to give each character a distinct voice and personality. 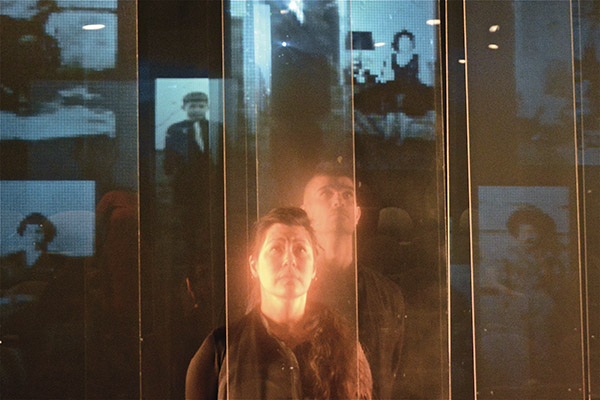 Audiences with all kinds of backgrounds have expressed seeing their immigrant families’ experiences in Canada reflected on the stage, says Manning. But what stands out are the Sanseis and Yonseis who come up to Manning and Miwa after the shows. For some, this is their first time hearing these stories because they have been kept secret in their families for decades. For others, it is reassurance of shared heritage.

“I think that our target audience was the Niseis and younger JCs, who are more distanced from the community and who don’t know the stories,” says Manning. “We had a real desire to call people back into the fold and to really excite people, to go, this is your history as well, you should know what your grandfather or your great grandfather lived through for you to be here right now. To reinvigorate that pride in that identity.”

“It implicated me. You always love your elders, but now I really want to preserve who they are, and their lessons and just their way of being and their perspective,” says Miwa.

Miwa says they are looking for new mediums to share all of the material, knowledge, stories and experiences they have collected over the past eight years.

“It’s a very comforting thought that we’ll carry this with us for the rest of our lives and hopefully perform it,” says Miwa. “We don’t want to stop.”

The Tashme Project: The Living Archives starts its national tour in Montreal on Nov. 17.