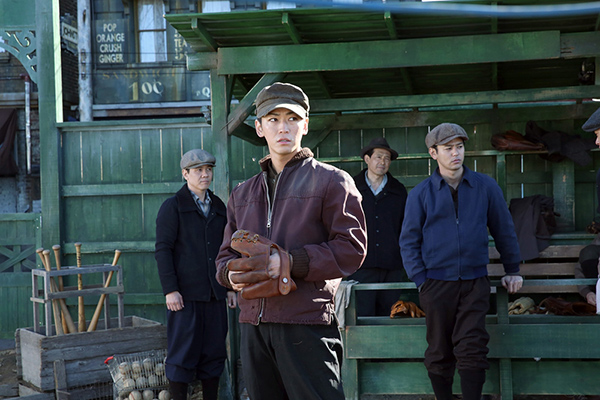 This year, the Vancouver International Film Festival (VIFF) screened the world premiere of The Vancouver Asahi (Bankuba no Asahi).

Directed by Ishii Yuya (who won Best Director at the 2013 Japanese Academy Awards for The Great Passage) and starring Japan’s Tsumabuki Satoshi and Kamenashi Kazuya, the film gained a lot of attention in Vancouver for its incredible cinematic force and its star-power (Tsumabuki and Kamenashi may or may not have been met with screaming fans).

Co-produced by Japan and Canada and based on a true story, The Vancouver Asahi is a powerful film for its historical underpinnings, but especially in how the film brings new life to that history, retelling the story of the Vancouver Asahi with utter candour, grace, and humour—not to mention a seriously outstanding score (thank you, Watanabe Takashi).

The Vancouver Asahi were a Japanese Canadian baseball team. Formed in 1914 and made up of nisei living in the Powell Street area of Vancouver (then known as Japantown, now more commonly known as an area of the Downtown Eastside), the Asahi won victory after victory in the Pacific Northwest amateur leagues throughout the 1930s.

However, in 1942, everything changed. The government of Canada responded to Japan’s attack on Pearl Harbour by passing the order-in-council that led to the internment of thousands of Japanese Canadians. The team was disbanded and never played together again.

Since then, the Vancouver Asahi have been inducted into the Canadian Baseball Hall of Fame (2003), the BC Sports Hall of Fame (2005), and designated an Event of National Historic Significance (2008). On September 18, 2011, a plaque marking the team’s significance was unveiled in Oppenheimer Park, the site of the team’s baseball diamond. 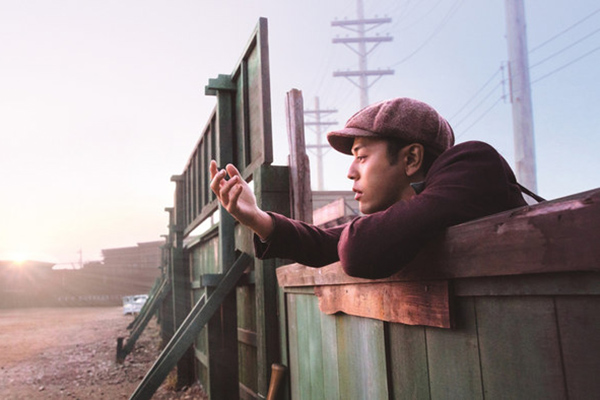 Reggie Kasahara is the film’s focus, but his story is fraught with family drama and racial tension.

Deeply evocative and charmingly playful, the film tells the story of the Vancouver Asahi, their losses, their comebacks, and their famous “brain ball.”. More particularly, it follows the journey of Reji / Reggie (Tsumabuki), the Captain of the team, as he navigates the racially-charged, wartime environment of 1930s Vancouver.

Living with his family in the Powell Street area and playing baseball with his friends in Oppenheimer Park, Reji is faced with everything from cross-generational tension and family drama to overt racism and the pressure to assimilate. The other Asahi players—Kei (Katsuji Ryo), Tom (Kamiji Yusuke), and Frank (Ikematsu Sosuke), to name a few—face their own challenges, all of which contextualize the nisei and nikkei experience in important ways.

Of course, The Vancouver Asahi is by no means ambivalent to its status as art. On the contrary, Watanabe’s score, with its jazz influences (is that a stand-up bass we hear?) combined with those familiar, sweeping, cinematic strings, captures in music what we see on the screen—which, of course, is its own treat. Filmed primarily in Ashikaga, Tochigi Prefecture, Japan, on sets recreated as Vancouver’s Japantown circa 1930-1941, Oppenheimer Park, Powell Street, the wharf, Reji’s house, each and every set, is remarkably detailed. This is to say nothing of the acting performances.

Truth be told, though, the innovatively jazz-infused score evinces the fact that the music isn’t from the 1930s. To a Vancouverite, the Oppenheimer Park and the Powell Street that we see on screen are clearly not the real park or the real street. And yes, every actor’s English is laden with a strong Japanese accent. However, the film’s great direction hardly makes that noticeable. At once present and past, fictional and historical, even Japanese and Canadian, The Vancouver Asahi establishes itself as art for its ability to transcend these circumstances and communicate raw human experience.

In other words, the artistry of the film is its historical significance: what it felt like to be Japanese Canadian during World War II, and one famous baseball team’s response to that feeling.

A testament to its impact, The Vancouver Asahi won the 2014 VIFF Rogers People’s Choice Award. To be sure, whether you are a history, baseball, or movie buff, The Vancouver Asahi is just one of those films—you’ll laugh, you’ll cry, and you’ll be one of the team. You may even want your very own Asahi jersey by the end.


I’m very glad that you’ve mentioned my score.
Thank you so much.


It was extremely moving and fit the movie perfectly :), thanks for commenting Mr. Watanabe and again congratulations on creating a beautiful score!


[…] forced to disband. (Although I have yet to see it, the 2014 Japanese feature movie production of The Vancouver Asahi, starring Kazuya Kamenashi and Satoshi Tsumabuki and directed by Yuya Ishii, promises to be an apt […]


Anyone know where to buy this on DVD?