When mixed race is a matter of life and death 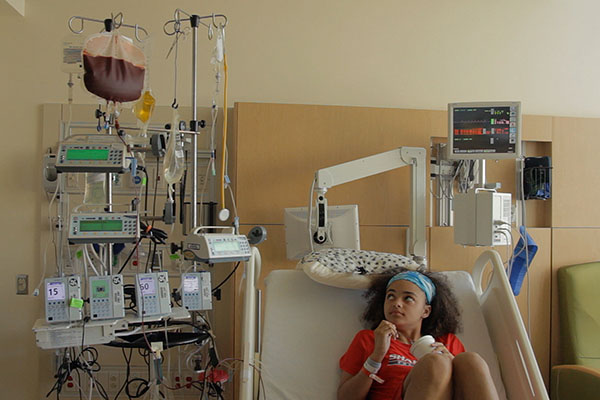 When Krissy Kobata was 25 years-old, she was diagnosed with a rare blood disorder called Myelodysplastic Syndrome (MDS). The disease affects her bone marrow prevents her body from producing normal blood cells, needed to fight off infections. The disease is also known as pre-leukemia. Her doctor told her she had six years.

Fortunately there is a treatment for MDS, a bone marrow transplant, which would essentially restart her immune system and allow her body to manufacture healthy blood cells. The best chances for a successful transplant requires finding a donor with matching genetic markers. Most often the best bone marrow matches come from a donor who has the same genetic makeup, which usually means the a similar ethnic background as the patient.

Without a proper match, the new cells from the bone marrow donor would attack her body, possibly so forcefully that she could die, or cause side effects like diabetes or seizures in something known as graft versus host disease.

Out of the 9.5 million volunteers on the national bone marrow registry in the U.S., there is not one person who is a good genetic match to Kobata.

Kobata is half Japanese, half Caucasian, which is why it is difficult to find someone on the registry with a similar ethnic background, who could be a good match.

“No doubt, my mixed race heritage is the reason why it’s so hard to find a match,” says Kobata.

Kobata is not alone in this struggle. In Canada there are hundreds of patients waiting to find a match, but only one in two patients will find a match, according to the Canadian Blood Services stem cell and bone marrow network, OneMatch.

In Canada, currently only 28 per cent of stem cell volunteers on the registry are ethnically diverse. Within that 28 per cent, only percentage are Asian, and within that, a smaller amount are mixed race Asian. And within that group, there is an even smaller amount that are Asian-Caucasian mixed race volunteers, like Kobata. While matches are not always found in people with the same ethnic background, it is more likely that they will be found in people with a similar heritage.

“It’s not that oh, if you’re Asian it’s harder to get a match, no, it’s just that there are less Asians on the registry, then you take mixed race people – and there’s like no one on the registry,” says Kobata.

The documentary follows Japanese-Greek-Armenian-Egyptian-American Athena Mari Asklipiadis, founder of Mixed Marrow. It is a volunteer organization dedicated to finding bone marrow and stem cell donors, with a focus on mixed race donors, to fill the need for patients like Kobata. 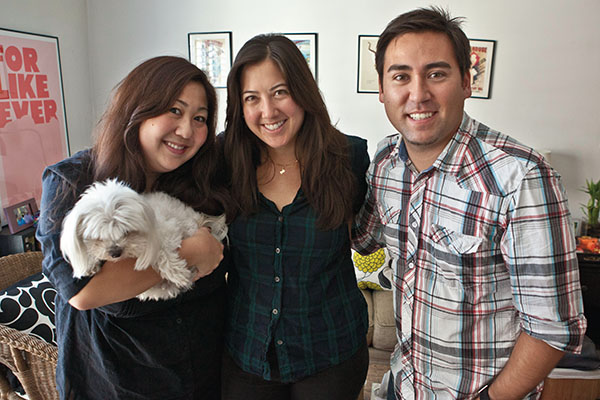 Asklipiadis began Mixed Marrow after losing her aunt to lymphoma. Her aunt, who was not mixed race, but Japanese, never needed a transplant because her illness was too aggressive and she died quickly, says Asklipiadis.

Asklipiadis says she began looking for a hands on way to help fight blood cancers and came across Team Krissy.

With no matches on the registry, and no matches in her family (siblings have only a one in four chance of being a match) Kobata and her family started Team Krissy. At cultural festivals and public events, Kobata’s friends and family volunteer running stem cell donor drives and try educating the public on bone marrow donation.

“My family was impacted by cancer very closely and I literally had to see her dying and to go through that, and then thinking about families like Krissy’s where there is an actual cure there,” says Asklipiadis in an interview with the Nikkei Voice. “I thought if my aunt had any kind of hope like that available to her, I would have done anything to save her life. I just felt it was a calling in a sense, to get involved in some way.”

After volunteering with Team Krissy, Asklipiadis says she saw the lack of information about stem cell and bone marrow donation, and the challenges mixed race patients face and decided to do something about it.

The documentary, Mixed Match, began six years ago when Asklipiadis sent a Facebook message to filmmaker Jeff Chiba Stearns. Asklipiadis says she knew she wanted to film a documentary, and considered doing it herself, but wanted to make sure it was done right. Without the right equipment and filmmaking skills, she decided to look for help, she says. And after just seeing his film, One Big Hapa Family, she decided to reach out to Stearns. 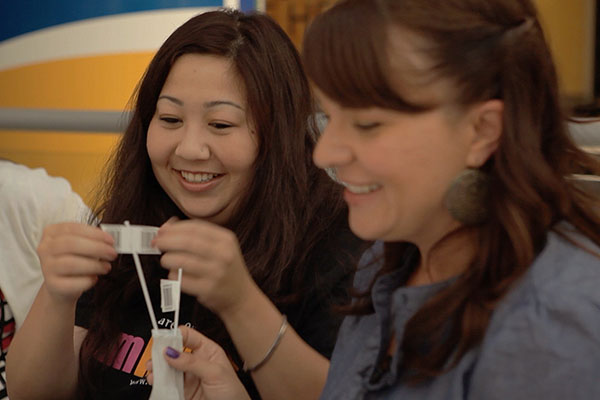 When Stearns first heard from Asklipiadis, he admits he did not know much about the topic, like many Canadians.

“It’s didn’t make sense to me, and I think that’s partly why I took this film on with Athena,” says Stearns in an interview with Nikkei Voice. “I started to realize that this is kind of a larger problem then I think most people think about, and that this needed to be addressed in some sort of form.”

After looking into Asklipiadis’ work, and her organization, Mixed Marrow, Stearns says he wanted to learn more. He invited Asklipiadis to the Asian American Film Festival in San Diego, so she could tell him more about her work.

Stearns laughs and says after 10 minutes of talking over coffee with Asklipiadis, on board for the project.

Together, the two of them travelled around the U.S. to meet the mixed race patients that Asklipiadis has been helping from afar, and to share their stories.

Stearns says he hopes this documentary will amplify the work Asklipiadis has been doing over the past seven years and clear up misconceptions about stem cell transplants.

“Athena is one woman who goes around and does this, whereas we figured with a documentary film, it has a bit more of a wider reach,” says Stearns. “The main goal is to have as many eyeballs see it as possible, but also that they take that call to action.”

The documentary features mixed race patients and their families all in different stages of their health journeys, candidly showing and sharing their personal struggles and successes.

Stearns spent countless hours researching bone marrow and stem cell transplants to ensure that he was giving viewers the correct information. He was even able to interview Dr. Paul Terasaki (who passed away in January of this year) a transplant pioneer. Dr. Terasaki discovered there are eight Human leukocyte antigen (HLA) markers needed for a successful bone marrow transplant. 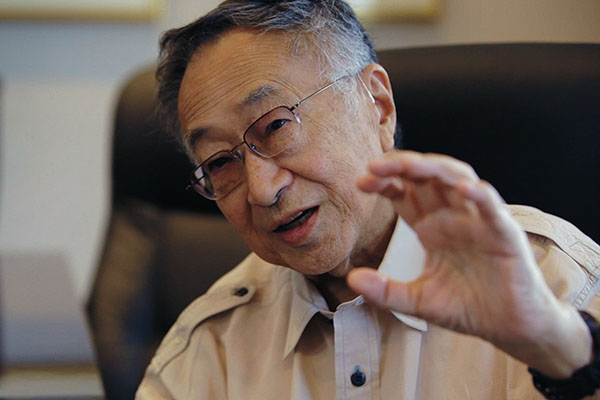 Dr. Terasaki, was a pioneer in transplants, and discovered the HLA markers needed to find a good match for blood marrow transplants, and was featured in the film. Photo courtesy Jeff Chiba Stearns.

Bone marrow “has to nothing to do with blood, but has to do with the building blocks of your DNA and what makes us is essentially linked to your ancestry,” says Stearns.

A person inherits half of their HLA markers from their mother and half from their father, and these markers range depending on ethnicity. A good match is when the donor has at least six of the same markers as the patient. 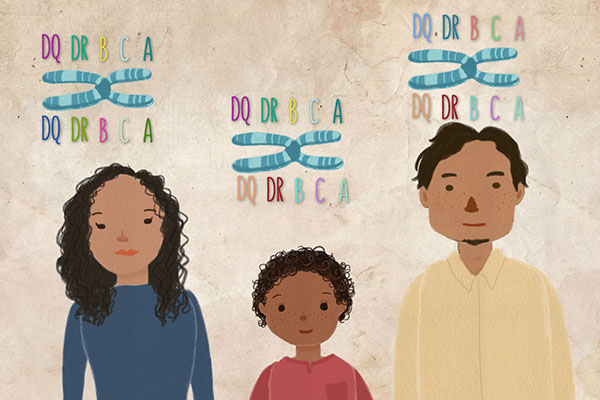 Animation still from Mixed Match, where a patient inherits half of their HLA markers from their mother, and half from their father.

Stem cells can be harvested from a donor in two ways. Firstly, and most common is called stimulated peripheral blood stem cell donation. It is non-surgical, and used about 70 to 80 per cent of the time, says Stearns.

In this process, the donor is given an injection to increase the number of stem cells in their blood. Through a procedure called apheresis, the donor’s blood is drawn through a needle and processed through a machine that separates the stem cells. The blood is then returned to the donor through another needle. A healthy person’s body is able to replenish its own stem cells.

The second process called bone marrow stem cell donation is a surgical procedure that requires anesthesia. With a hollow needle, liquid marrow is collected from the back of the pelvic bones. The surgery only lasts an hour to an hour and a half, and leaves no scar, just two needle marks.

As well, to help viewers conceptualize the medical and statistical side of bone marrow transplants, Stearns includes his own animations of the procedures. Stearns says, while wanting to make the documentary educational, he also wanted to make it entertaining. 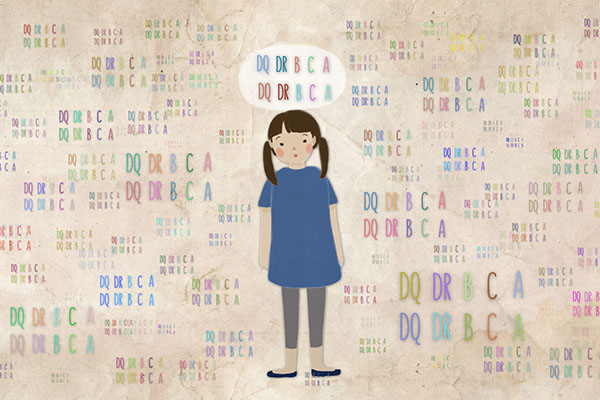 For those with a unique combination of HLA markers, finding a good match can be quantified as one in a million, as visualized in illustrations by Jeff Chiba Stearns.

While a times the film can be quite heavy, there are just as many moments of hope.

One patient, who is unable to find a match, undergoes an experimental, but so far successful treatment of stem cell donation through cord blood. While once considered medical waste, cord blood could become the cure that many patients need.

Throughout the six years, Stearns says he collected over 200 hours of footage. Stories and footage that was not included in the film, were put together as the Mixed Match Project, and can be found on Mixed Match‘s website.

It’s been almost nine years since Krissy Kobata’s diagnosis, and she still hasn’t found a match. Stearns and Asklipiadis hope that this film can change that, for her and the other patients in her shoes.

“If this film becomes irrelevant, I’m okay with that, because that means that there is something new on the horizon that will help people,” says Stearns “but for now, this is the story, this is what needs to be told.” 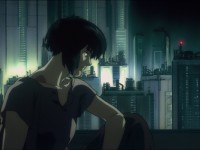 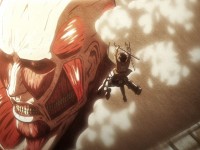 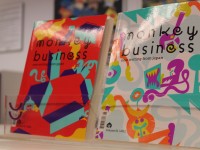 On Being Yukiko: Linking past to future ‹ Nikkei Voice | The Japanese Canadian National Newspaper


[…] An intergenerational story that spans five generations of Emma’s family, the book is also told by two generations of artists, Stearns is a Yonsei and Blakey a Sansei. Stories from the present are illustrated in Stearns’ “hapanimation” style, an amalgamation of Japanese animation and manga with a North American cartoon-style twist. Stearns is a Vancouver-based illustrator, author and Emmy-nominated filmmaker behind films like What Are You Anyways?, One Big Hapa Family and Mixed Match. […]