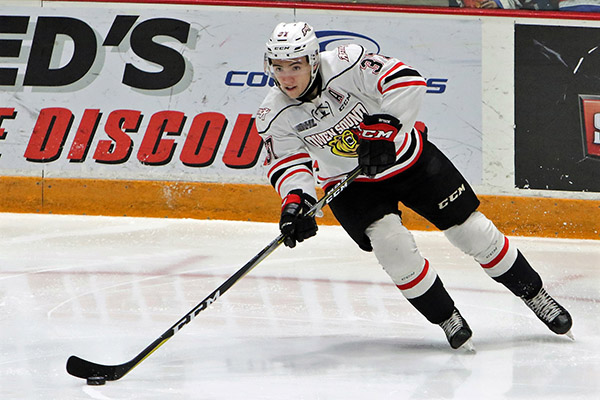 Now that the NHL regular season has come to an end, teams are looking to improve their roster with new players from the NHL Entry Draft.

This year, an unprecedented three skaters of Japanese descent are expected to be drafted in the NHL Entry Draft on June 23 and 24 at the United Center in Chicago, Ill.

One of this year’s top prospects for the 2017 NHL Early Draft is Nicholas Suzuki. At 17 years-old, Suzuki has already built a tremendous hockey career and has much to look forward to.

Hailing from London, Ont., Suzuki is gosei and one quarter Japanese. At 5’11” and 183 pounds, he plays centre for the Owen Sound Attack in the Ontario Hockey League, (OHL). 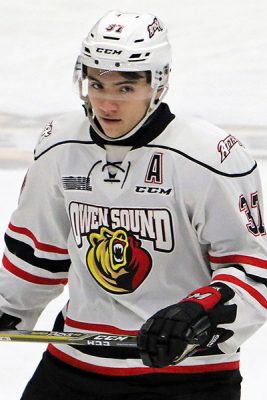 Suzuki is projected to hear his name called in the first round of drafts in Chicago this year, an exciting honour and testament to the hard work he has put into his hockey career.

“I am very excited to be entering the NHL draft this June,” Suzuki enthusiastically told the Nikkei Voice. “I have been waiting for that day for a long time and to know it is just around the corner is very exciting,” he said.

“I haven’t really changed anything to prepare for it. I just keep working hard on and off the ice to best prepare myself for the road ahead.”

While not the biggest player on the ice, Suzuki has been praised  by hockey commentators for his strong offensive play. He is tough to take the puck from, and is able to consistently make good decisions and think quickly on the ice.

Suzuki is a highly competitive, but patient player, said Owen Sound Attack coach Ryan McGill. The team is currently the top ranking team in the OHL and playing in the semi-finals of the OHL playoffs. 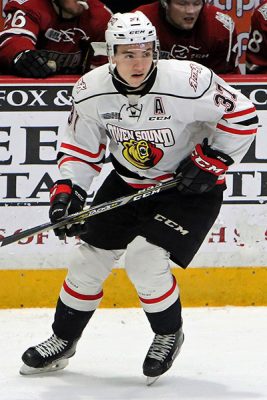 “He can think at a high speed; he can think in traffic; he can think during adversity. He has all the makings of being a really good player,” McGill told London Free Press.

In his sophomore year on the team, Suzuki proudly wore the ‘A’ on his jersey, standing for alternative captain for the Owen Sound Attack, a formidable team looking to go deep in the OHL playoffs.

“Obviously it is a pretty big honour to be given an ‘A’ on such a good team,” Suzuki modestly said about the accolade. “I try to always be a good leader and I was just lucky enough to be chosen to wear a letter on my jersey.”

Suzuki finished the regular season with a career high 96 points (45 goals, 51 assisted goals), more than doubling his output from his previous year of 38 points.

This season Suzuki represented Canada at the Ivan Hlinka Tournament with the under-18 squadrant, an international ice hockey tournament that takes place in August every year.

At the season’s end he received top honours as the OHL First All-Rookie Team and won gold at the World Under-17 Hockey Challenge with Team Canada White.

“I think my overall game has come a long way this year,” Suzuki said. “I think I am more confident on the ice and my thinking of the game has improved.”

Hockey must run in the Suzuki’s family. Nicholas’ younger brother, Ryan Suzuki, is also already carving out a promising hockey career, at just 15 years-old. Ryan was awarded the Jack Ferguson Award as the First Overall pick in the OHL Priority Selection by the Barrie Colts, on April 7. A prestigious award, it has been shared among hockey greats like Connor McDavid, Steven Stamkos, John Tavares, and 2016 Hockey Hall of Fame inductee Eric Lindros. 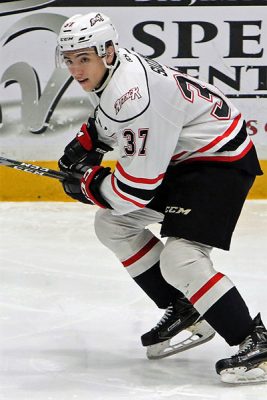 “I am very proud of Ryan, he has worked so hard since he started playing hockey and it is great to see him be such a good player,” said Suzuki. “I am really looking forward to playing him next year and hopefully he doesn’t give me a hard time.”

When asked to compare their skill set, “I think we are similar players,” said Suzuki. “We both think the game well, and see plays coming before they happens. I don’t think we are that different of players but his skating is elite and that is something I am trying to accomplish.”

Both Suzuki brothers played for the London’s Jr. Knights and claimed the Minor Midget Alliance Player of the Year Award. Suzuki was also drafted in the first round of the OHL, 14th overall to Owen Sound.

As an older brother Suzuki has given this advice for his younger brother: “I think I have taught him to stay humble and don’t change the way you play.” 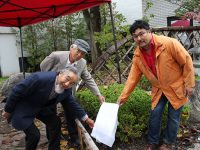 The story behind the garden at the Japanese Canadian Cultural Centre
November 24, 2021 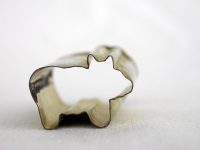 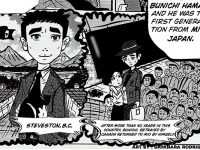