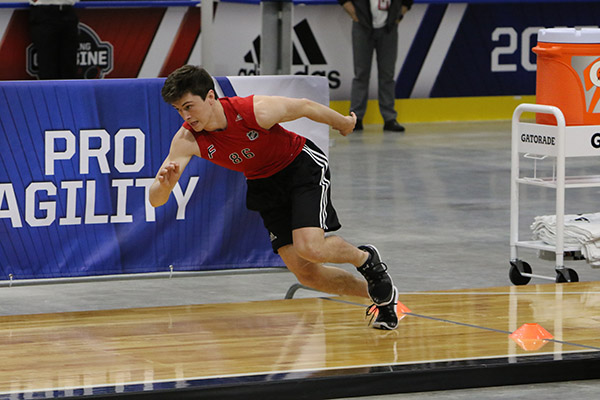 Kailer Yamamoto, 18, has been impressing at Edmonton’s NHL development camp after being drafted by the Edmonton Oilers in the NHL Entry Draft. Photo credit: Dr. Jonathan Eto.

This year an unprecedented three skaters of Japanese descent were drafted in the NHL Early Draft. In the last few issues, Nikkei Voice has featured these three skaters in their pursuit to NHL stardom.

The third and final NHL draftee is Kailer Yamamoto. Born in Spokane, WA, this Japanese American is an NHL draftee like no other. Standing proud at 5’7.5” tall and 153 pounds, Kailer was drafted 22nd overall by the Edmonton Oilers, making him the smallest player to ever be drafted in the first round, according to statistics on NHL.com.

In what appears to be a new era of NHL hockey, smaller, faster and more agile players are breaking into the league, and Kailer could be the next to lead the way. Of all the first round draftees, he had the highest point per game average this past season (1.52, reaching 99 points in 65 games played) and was sixth player overall in Western Hockey League (WHL).

“I love Kailer, I call him the ‘Smiling Assassin!’ He’s got this beautiful smile on his face and all he wants to do is win. He’s fast, he’s quick and he’s elusive and he’s competitive,” TSN hockey analyst Craig Button told Nikkei Voice.

“He understands how to play the game. He’s got exceptional hockey sense. I just love the way he plays, and that beautiful smile he has, if you’re an opponent, don’t be fooled because he only wants one thing: find a way to beat you!”

Kailer’s Japanese roots run back to his great grandfather, Saichi Yamamoto, who was born in Okinawa. He immigrated to Hawaii where he met his Japanese American wife, Momoyo. They lived to Spokane where Saichi was in charge of the local train roundabout in town. Their son Richard Yamamoto (Kailer’s grandfather) served in the U.S. Navy and married his high school sweetheart Carol Kemp, from Montana. Their son Russ Yamamoto and his wife LeAnn Russell have three children Kyra, 26, Keanu, 21 and the youngest, Kailer, 18. 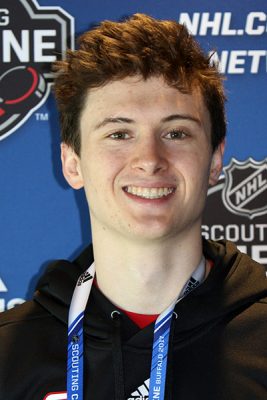 Kailer, 18, has been playing hockey since he was 22 months. Photo credit: Dr. Jonathan Eto.

Both Keanu and Kailer are exceptional hockey players. They just finished three years playing together for the Spokane Chiefs of the WHL, with younger brother Kailer leading the team, scoring by 23 points.

The Nikkei Voice caught up with Russ Yamamoto to talk about having two exceptional hockey players in the family and the dedication to get them there.

“With Keanu being the first in hockey, as parents we learned a lot and whatever didn’t work for Keanu, we changed for Kailer, which benefited him greatly. Kailer always played up one or two years until he was 12 or 13, and was always ahead of his age group even, when he played nationally.”

Hockey started early for the boys, “Keanu started at 20 months old and Kailer started at 22 months old. Kailer was always driven to be as good as his brother,” says Russ.

The two brothers have played side-by-side for much of their early careers. At ages eight and 10, the brothers, with their father as assistant coach, played for the Warhorses in the Inland Empire Amateur Hockey Association (IEAHA). The team was nearly undefeated, and won the championship that year.

It was clear Kailer had a gift and he was being scouted by many teams, says Russ. Adam Kurtenbach, son of first captain of the Vancouver Canucks, Orland Kurtenbach, was putting together a Tier 1 AAA team in Seattle and asked Kailer to join.

It was a traveling team, meaning kids from many states like Idaho, Oregon, and Washington would practice together every weekend in Seattle.

It was a three year commitment and over four hour drive to Seattle every weekend where they stayed with a billet family who also had a player on the team. This is where Kailer started climbing the ladder and improving drastically, says Russ.

While Kailer played in Seattle, during the off season, he also played for the Vancouver Selects, committing to play for four years and commuting seven hours to stay with a family in Vancouver.

Meanwhile, Keanu at age 15 went to play for the LA Jr. Kings and was later offered a scholarship to St. Cloud in Minnesota, but declined admission to take a spot on the Spokane Chiefs.

Kailer was drafted to the same team and the brothers played side-by-side for three years, an experience Kailer says he loved.

“Being able to talk to him after games was unbelievable,” Kailer told the Nikkei Voice. 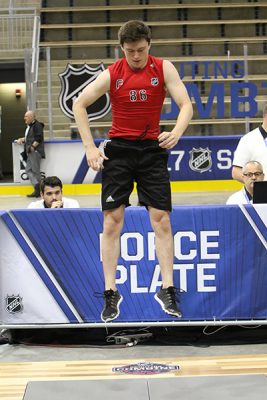 “I consider him my best friend going throughout life. He’s that one guy I can talk to about anything. Him calming my nerves before games, if I’m a little bit nervous. He’s always there for me and it was unbelievable to play with him.”

Kailer says he was extremely excited and nervous for the NHL Entry Draft. At the NHL Combine, he met with 26 teams. Five or six teams showed a lot of interest in Kailer, but he was unsure of where he would go, hoping for the Edmonton Oilers.

Kailer says he met with the Oilers quite a few times before the draft and was impressed by the organization and the possibility of playing with Connor McDavid.

Since being drafted for the Oilers, Kailer has been impressing at Edmonton’s NHL development camp and there has been a lot of talk about the strong impression he has made.

The future looks bright for Kailer in hockey and he credits a lot of that success to his family, as well as playing and learning from his older brother.

“Growing up, he’s been two years older than me and a little more skilled than me and every time I played with him, I just tried to take a couple notes out of his book,” says Kailer.

“I don’t think I would be here without him around showing me the ropes throughout my life. So I think he’s been a huge role model in my life.”