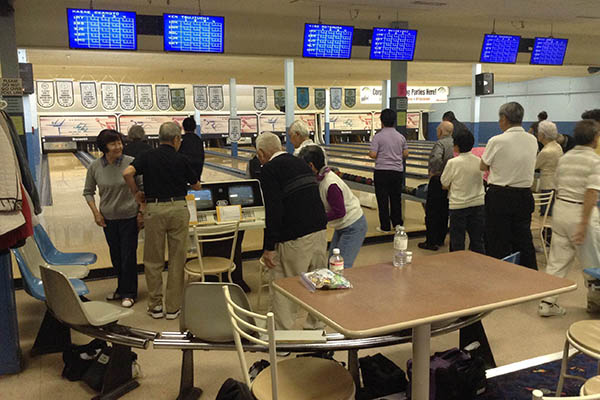 Bowling teams limber up for a round at the Nisei West End Bowling League. Photo by: Matthew O’Mara

Just had another birthday — on December 4th as usual. It was my 93rd. That number might have once shocked me, but not anymore because we now live in such very different conditions.

For instance, at our West End Nisei 5-Pin Bowling League, there are others older than me who bowl better, too. At the Wynford Seniors Club, several active members are older than 93. What’s more, at least two of them are centenarians and others are close.

So nisei of my vintage have several impressive role models.

Through a combination of luck, sensible diet and genes, I don’t feel as if I am in my 90s. Or more exactly, I don’t quite know what a nonagenarian is supposed to feel like.

I do know that I’m a lucky guy. Becoming older has meant depending on a hearing aid, needing an afternoon nap daily, and not being able to eat as much as I used to. That last means regularly taking home leftovers in doggie bags, but that means getting another meal for free.

And Betty looks after me well, as I try to do the same for her.

Having said all that, I should mention that my 93rd birthday turned out to be something different indeed.  I only remember a few other birthdays in my past. One that is quite unforgettable was my 21st. That happened back in 1943 when I was working on The New Canadian in Kaslo, following 16 months at a men’s road camp in the Revelstoke area.

So at this family detention camp, I had finally become legally an adult. So  nisei friends held a party for me at Harry Tsuchiya’s woodworking shop. There were about 20 of us, if I recall correctly, having a good time among his work benches and equipment while someone kept changing the 78 RPM records of Glenn Miller and Artie Shaw.

Then at one point I hoisted myself up onto one of the wooden benches and *Rip* I had torn a long slit in the back of my Sunday pants.

So what to do? Go around with my hands hiding my behind?

Well, luckily for me, Yasuko Yamaguchi (later Tsuchiya) who was also the senior nurse at the Kaslo medical clinic and older, took me into Harry’s office, closed the door and told me to take off my pants.

I did and hiding behind a handy desk, watched her sew together the long tear. Thanks to her kindness this “grown up” birthday boy was able to relax and join the party again.

What happened at my latest birthday, 72 years later, was the opposite of such embarrassment.

For us condo dwellers in our Etobicoke two-building complex, a Christmas songfest was held on the evening of the same day—December 4th.

Betty and I went down to the fireside gathering place to join what seemed like 60 or more residents. At each seat there was a booklet with more than 50 Christmas songs, that we looked at when we had to. If the words were set in smaller type, showed what good squinters we were.

The singing was led by Sophia Perlman, a charming slender young lady and her guitarist friend. After opening with Jingle Bells and Joy to the World, almost everyone was happily singing along. Betty who has gotten to know more fellow condo residents whispered to me that she was a granddaughter of Nedra, a condo friend of hers.

Sophia—obviously a professional performer—was doing such a good job making those tried-and-true songs seem fresh to us again, that during the intermission, I went to congratulate her, and that’s how she learned that my name was Frank.

To resume the songfest, she told everyone over the mic that the day was my birthday, too, and what’s more, I had turned 93.

Well, what could I do but stand up and bow in different directions as everyone sang “Happy Birthday” to me. After the songfest when we made quick stop for goodies at the nearby Party Room, several people whom I didn’t know greeted me by my name.

How could that have happened? Betty says she was sure that her cousin Sharon or husband Brent had told others that the day was also my birthday. They, by the way, are why we ended up at our particular Etobicoke condo —we’re on the third floor (I don’t like heights) while they are on the 17th.

Getting back to my slowing down somewhat: Although I am still bowling, I’ve had to stop playing slo-pitch softball as mentioned in a recent column. While I am keeping my hand in by doing this regular Nikkei Voice column, I’ve had to cut back on giving talks about our Second World War experiences and the postwar resettlement—at high schools, service clubs, Elderhostel meetings, etc.

After I retired in 1989, I gave one or two such talks most months.

The goal was to inform as many people young or old as possible about the unjust official treatment we Japanese Canadians experienced after Japan entered WW2, and how we resettled and began successful new lives in other parts of our country. Those talks were a regular routine I enjoyed doing until a couple of years ago. Then I decided it had become to a bit too tiring.

So this past year, I only participated in a symposium at York University, and in a similar event at Ryerson University which was part of a vast research project that originated at the University of Victoria.

Then last month, I was asked to participate in two Celebrations of Life of good friends of mine. In the next issue (February 2016), I will tell about those special and unusual events.

Meanwhile, a Merry Christmas and a Happy New Year to you from Betty and me. 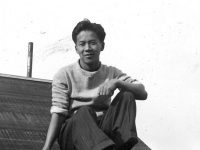 Frankly Speaking: Eighty years ago the world changed for Japanese Canadians
May 18, 2022 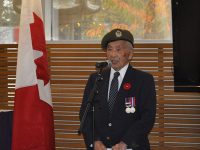 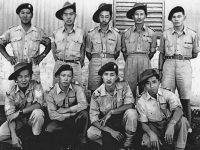