‘Your Name,’ the fourth highest grossing film in Japan, comes to Canada 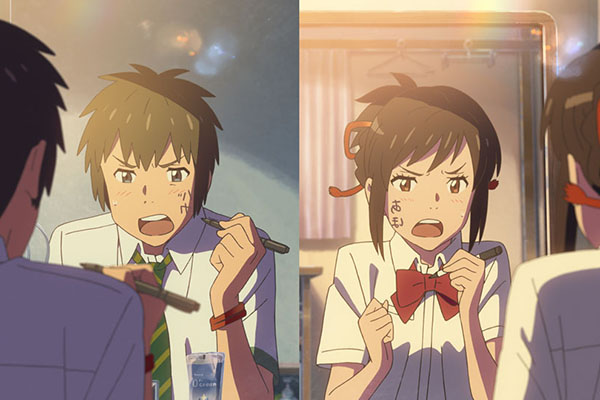 
‘Your Name’ is the fourth highest grossing film in Japan of all time and is set to premier in Canada on April 7th. Photo courtesy: Funimation.

The Japanese animation film Your Name (Kimi no na wa in Japanese) directed by Makoto Shinkai, will be released in Canada this April.

Director Shinkai is famous for his beautiful animation  with sophisticated scripts.

The film is based on his own novel, published only a month before the premier of the film in Japan. Although I’m not a person who usually likes animated films, it was a wonderful experience for me to watch the film, and this film has changed my way of looking at animation films in a positive way.

Gaining more than 20 billion yen (approximately $173 million USD) at the box office, Your Name was a phenomenal success in Asian countries including Japan, China and Korea. The film was released in August of 2016 and now is the fourth highest grossing film in Japan, behind Spirited Away, Titanic and Frozen. 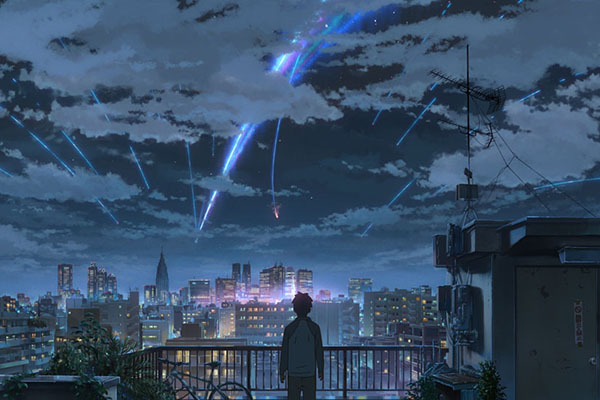 The film is about a young man living in Tokyo, named Taki, and a young woman living in the countryside, Mitsuha, who suddenly begin switching bodies in their dreams.

The main characters are voiced by famous Japanese actors Ryunosuke Kamiki (Spirited Away, Poison Berry in my Brain) as Taki and Masami Nagasawa (Our Little Sister) as Miki.

The story has moved audiences to tears as it reminds them of those who are who are important to them, like their loves, family, friends.

RADWIMPS, a popular rock band in Japan, sings the theme songs for this film. One of the songs is called Zen Zen Zense, which means ‘previous-previous-previous life’ in Japanese, also became a great hit in Japan. The songs expressed the feelings of characters well because director Makoto Shinkai requested Yojiro Noda, the vocalist of RADWIMPS, compose four songs  specifically for the film. English versions of these songs were made for the release of the film in North America.

To be quite honest, this one is the most beautiful animated films I have ever watched. Everything in the film, the story, songs, spectacles, characters and script remain vividly in my memory.

The film will be released on Apr. 7 in Canada. Soon you too will find out why people in Japan who have already watched the film keep saying they want to watch it again.