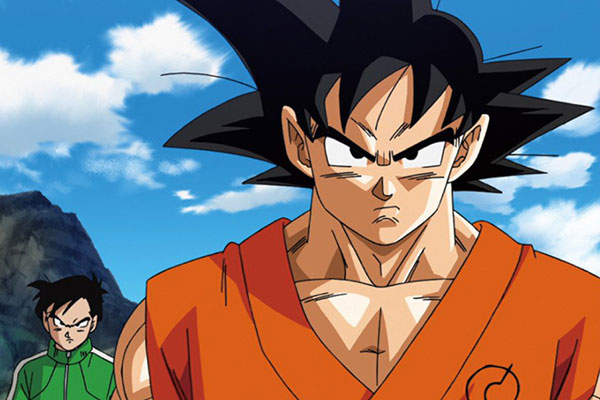 Goku is back in ‘Dragon Ball Super’, a new series from Toei Animation and the first entry in the series in over 18 years. Image courtesy: DragonBallz.com

It’s been almost 20 years since Akira Toriyama’s Dragon Ball went off the air in Japan, but now it’s back and bigger than ever.

Dragon Ball Super began airing on July 5, 2015 and it is a continuation of the series.

It’s an anime series that been a long time in coming; however, the new show also coincides with last year’s release of Sailor Moon Crystal that began airing on the same date in 2014.

These two shows are huge nostalgia trips for North American millennials who grew up with the characters and for their parents who had to buy the t-shirts, toys, and games that came along with the show.

But 2015 is a much different world than 1995. A lot has changed in the anime and manga industry, especially how Japan’s pop culture creators interact with the world through the Internet.

“YouTube has probably done the most to popularize anime,” Rui Umezawa, Senior Programme Officer of the Consulate-General of Japan in Toronto, told Nikkei Voice.

On YouTube, users have long been able to create Animated Music Videos that use clips from shows like Dragon Ball set to their favourite music in order to show their appreciation for the show.

But it’s not just anime that’s benefited from our interconnected world.

“Book publishers who brought manga to North America legitimately did a lot to popularize the medium, of course,” Umezawa said, “but so did bilingual Japanese and English speakers who translated their favourite comics for free (mostly without copyright) and put it out there on the Internet just out of love.”

These “Scanlation” websites would take unknown manga series and give them English, French, Spanish, or Russian subtitles and help them to expand their popularity far beyond the shores of Japan.

Dragon Ball is one of the series that is often cited with helping to open the floodgates that brought anime to North American and European audiences.

And now 20 years later, the return of both Sailor Moon and Dragon Ball is a nostalgic moment for anime fans in both Japan and North America.

So what’s happening in the new series, well…

Years after Goku defeated Majin Boo, peace has returned to Earth. Chi-Chi, Goku’s wife, wants the super-powered fighter to get a regular job, so he decides to become a turnip farmer, but the vegetables he grows are anything but normal.

They also have to decide what wedding present they’re going to get Goku’s son, Gohan, as he’s about to marry his long-time beau Videl in a few weeks.

It’s a pleasant first episode, but there have been hints that one of the series’ most detested villains will be returning.

But only time will tell if Dragon Ball Super will deliver something more than just a nostalgia trip for fans, although it does have an amazing opening sequence.