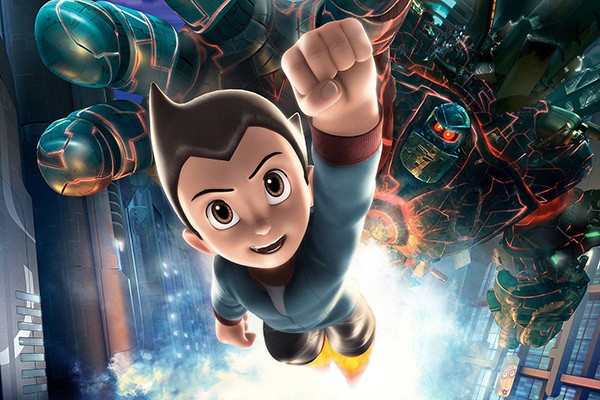 Based off of a popular manga and anime, the live-action Astro Boy has a lot to live up to.

Soaring through the skies, he may be small, but only in size, Astro Boy, Astro Boy is heading to the big screen where Hollywood lies.

Australian animation studio Animal Logic, in cooperation with Tezuka Productions, is creating a live-action Astro Boy movie based off of the character created by Osamu Tezuka.

According to website The Hollywood Reporter, Animal Logic Entertainment CEO Zareh Nalbandian (The Great Gatsby and The Matrix) will be taking charge with Jason Lust (Whip It) acting as executive producer.

“There are very few characters in the entertainment world like Astro Boy that haven’t already been brought to the big screen in a live-action movie,” Nalbandian told The Hollywood Reporter.

“We’ve seen him as a manga, an anime, and an animated movie but we’ve never seen him as a live-action movie or him as a superhero,” Nalbandian continued. “We actually see him in the same league as an Iron Man.”

Tezuka Production is a company that’s in charge of intellectual property projects that use Osamu Tezuka characters and was behind several video games featuring Astro Boy.

But who is Astro Boy and why is there such interest in creating a live-action adaptation?

Osamu Tezuka is a legendary mangaka who is often described as the Japanese Walt Disney. His works have been translated into every language imaginable and his manga have adapted before.

In the 1960s, the Astro Boy animated television show reached international popularity and was one of the first anime to appear outside of Japan. It also created a generation of anime lovers who still reminisce about the show to this day.

Astro Boy is a boy robot created by the enigmatic Dr. Tenma as a kind of replacement for his son who died in a car accident. Although he is a very smart robot, Tenma soon realizes that it can never replace his son and sells him to a circus troupe that rebrands him as “Atom”.

The stories thereafter show Astro’s struggles living as a robot in futuristic Japan and how he faces the same troubles that any young boy, well, admittedly not every boy has jetpacks in their feet.

When I was young, I would often watch Astro Boy and loved the show, but this new live-action film won’t be the first time I’ve seen Astro hit the big screen.

In 2009, Summit Entertainment and Magi Studios produced a computer generated film for the popular manga. Starring the voice talents of Charlize Theron, Eugene Levy, Ryan Stiles, and Nicholas Cage, it brought the little robot to big screens, but not exactly to a big reception.

Astro Boy has been accepted as a symbol of modern day Japan and the show’s themes tackle issues such as classism, racism, and death. It helped me think outside of the box on more than one occasion and left a deep impression on me. This isn’t just a typical animation, but something much bigger.

I hope that this Astro Boy live-action film will be a hit, but also live up to what the little robot represents.