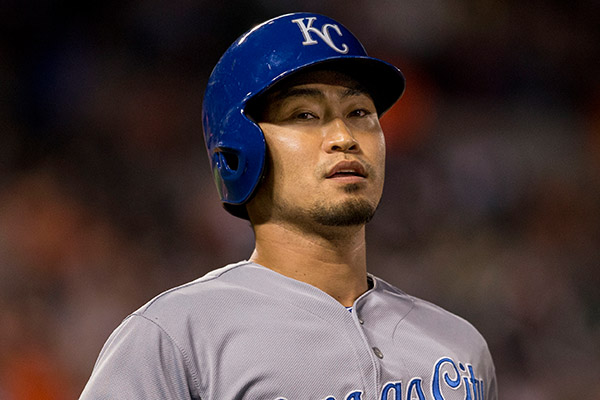 When Japanese outfielder Norichika Aoki found out he was traded to the Toronto Blue Jays on Monday, he received a text from Munenori Kawasaki, a former Blue Jay favourite. Photo credit: Keith Allison.

&#8220;He texted me, ‘Welcome to Toronto’ and he said, ‘Toronto is the best.'” Aoki told reporters through a translator after learning about the trade.

Kawasaki left the Blue Jays in late 2015 and is now playing with the Fukuoka SoftBank Hawks of Japan’s Pacific League, but still has a strong bond to Toronto and his fans.

“I feel his heart is still in Toronto,” said Aoki.

Nori Aoki is in the house! ? pic.twitter.com/0pvl2MUMlM

Aoki couldn’t hide his disappointment while talking to reporters after news of the trade came out, saying it caught him off guard. The deal came just two hours before the trade deal deadline.

“I’ve been keeping up with trade rumours and everything like that, and I never thought that I would be included,” said Aoki. “This is the team I started training with, that we started this season looking to go to the post season, winning the championship with, so in that sense I am disappointed. But on the other hand I’m excited to go to the new team and over here I understand that this is the common place, people get traded, and in that sense, I’m looking forward to it.”

The newest member of our #BlueJays family is loving it! Looking good, Nori! pic.twitter.com/NwsTo4NAhr

Aoki started his baseball career with Nippon Professional Baseball (NPB) with Tokyo’s Yakult Swallows, becoming only one of four Japanese players to amass over 200 hits in a NPB season. He received seven consecutive All-Star selections during his time in the league.

The Houston Astros are on their way to the post season playoffs. When asked whether Aoki was disappointed to be traded to a team not going to the playoffs, he said, “I don’t feel that way at all. We still have a shot at the wildcard, so I don’t feel like we’re completely out of it. I just want to be able to contribute to helping the team play and hopefully getting there.”

While disappointed and surprised, Aoki also said he was excited to play for Toronto.

“It’s a great city, I love Toronto, it’s very beautiful and clean. I don’t have anything bad to say about Toronto.”

For a look at some of the other Japanese players currently in Major League Baseball, check out the Nikkei Voice’s MLB Push Report Card.